The Local Agriculture Museum of Kato Drys is housed in a traditional house located in the village of Kato Drys.

The house is a sample of local architecture of the 19th century. It is stonebuilt , with five rooms downstairs and one room upstairs. It has an indoor enclosed courtyard with an over and a covered pathway which ends at a large outdoor facing the street. Eventhough it is so simple, it was a rich house which belonged to a weathly family that owed land and crops.

When it was transformed into a museum the department of antiquities maintain the items and the layout of the houses, allowing it to give the visitor the image of a traditional rural house. The stone built arch supports the roof giving a tone of nobility, which can also be called as a palace. The furniture is simple with a table, chairs, a wooden carved sofa, a wooden chest, a heater and a loom.

Behind the main room, is the cellar a blind room which was used as a storage area for food and tools. The large pots were used for storing wine and oil. Next to the main room is the storage room which was the barn in which hay was thrown through a hole in the flat roof. Passing by the storage area is the kitchen, the fireplace where the food was cooked, and where the necessary tools for cooking were kept.

The main bedroom upstairs was furnished with great elegance, with an iron bed, a wooden carved cabinet and a sowing machine.

All the rooms of the house / museum have tools which were used by our ancestors, either for work or their household chores.

Vouva or arkastirin : The look which the women used to wove the family clothes and the girls’ dowry.

Adrahtia : A tool for cutting cotton or wool into yarn.

Αnemi (Hose reel) and doulappin  : The spun yarn was reeled into loops, which were placed in the hose reel and combined with the doulappin, a simple manual machine.

There are ladders and bridles, kits pack animal traffic, in which the load was fastened on the animal, a wooden plough with iron ploughshare for the ploughing of the land.

Doykani, a hedge trimmer for trimming of the vines.

Scales and weights of half and one oke (1280 grams)

Armarola (hanging cabinet for keeping cheese and food), Tapatzia (hanging basket), Vournes (wooden tubs in order to prepare the dough), Voupposanido (where the breads were places in order to rise), Sinia (copper trays for cooking food in the oven), Copper pots, Tsoukes (clay cooking pot), Ttavas or mourouthkia, Kourelloi (clay pots for preserving halloumi and olives), Clay vase for transporting wine and water, Faouta (wooden mallet for grinding of clothes in the wash) 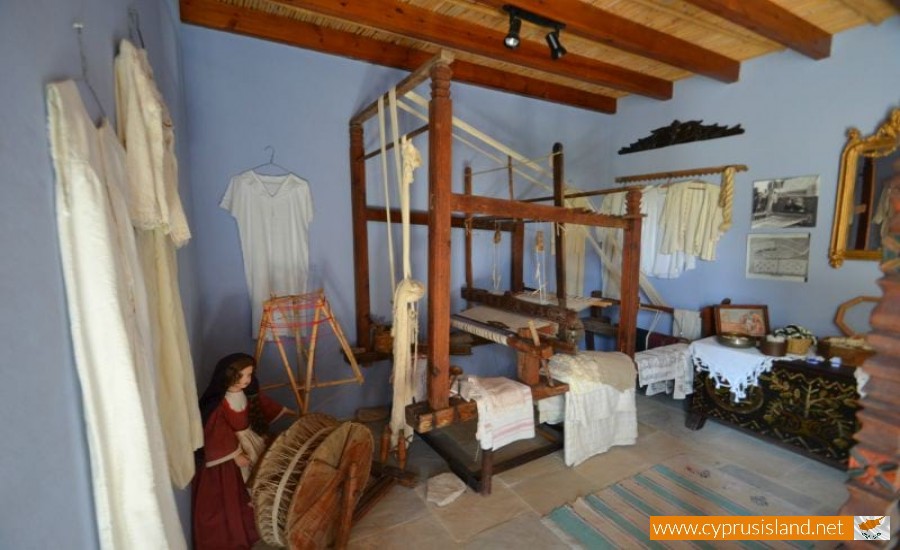 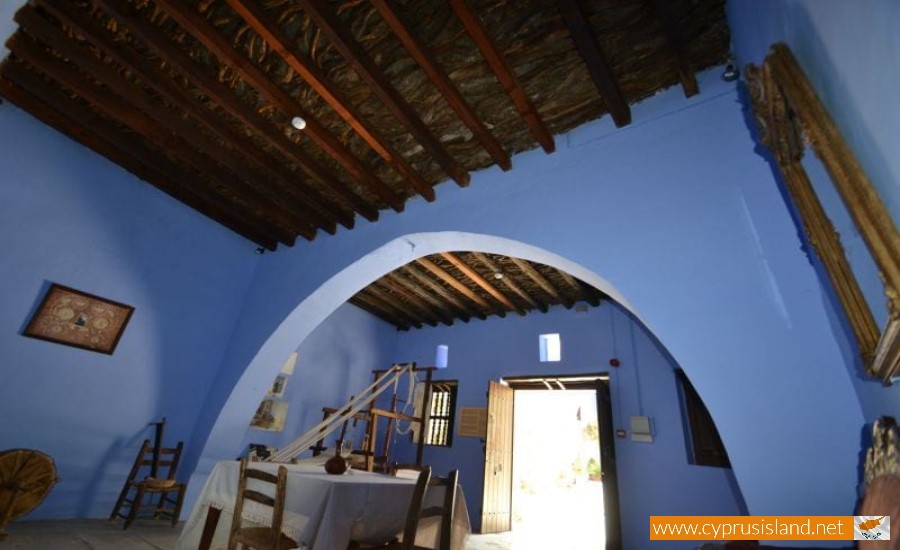 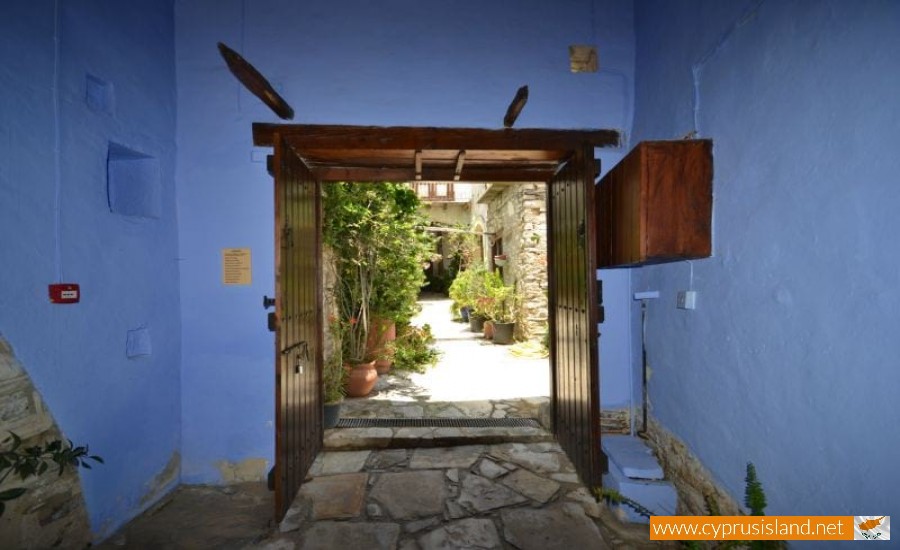