The Medieval Museum of Cyprus is located in the centre of the town of Limassol where the town castle is also located. Today’s castle is dated to the Turkish period about 1590 and embodies parts of the previous medieval castle.  From the archaeological researches in the area, it seems that the castle was built on top of a paleo Christian royal church of the 4th -7th century A.D, and a meso-byzantine monument of the 10th-11th century A.D. Other findings show the existence of an important temple, possibly the first Latin cathedral of the town. From the Turkish occupation and until 1940 the castle was used as a prison.

When the Main Prison in Nicosia was founded, the Limassol Castle was given to the department of antiquities and was used as the Limassol District Archaeological Museum from 1948 until 1964, when it was given to the National Guard due to intercommunity-riots. From 1987 until today it houses part of the Medieval Collection of the Cypriot Museum.

The Medieval Museum displays items which present the history of Cyprus, the economic, social and religious life as well as other parts of everyday life on the island from the 3rd until the 18th century A.D. In other words it covers the first Christian era, the paleo Christian era, the byzantine period, the ruling of the Franks, the Venetian period and the Turkish Occupation.

The Museum includes guns , armours , tools , byzantine , medieval and Islamic glazed and utilitarian ceramics , cooper and glass utensils,  , lamps ,jewellery , coins , worshipping items as well as architectural items which came from byzantine and gothic buildings.  A series of gypsum casts of the sculpture décor of the medieval cathedral temple of Agia Sofia in Nicosia. Another important collection of medieval tombstones is also displayed. Recently, a skeleton belonging to one of the defenders of Nicosia, who had fallen into the hands of the Turks during 1970, was moved to a special showcase.

There is also a large selection of photographic material which concerns the byzantine and medieval fortress of Cyprus, as well as representative ecclesiastical monuments of the periods previously mentioned.

The commanding atmosphere of the castle in combination with the air which the display of the items , create a real experience of the particular historical times.

Address: Near the old port 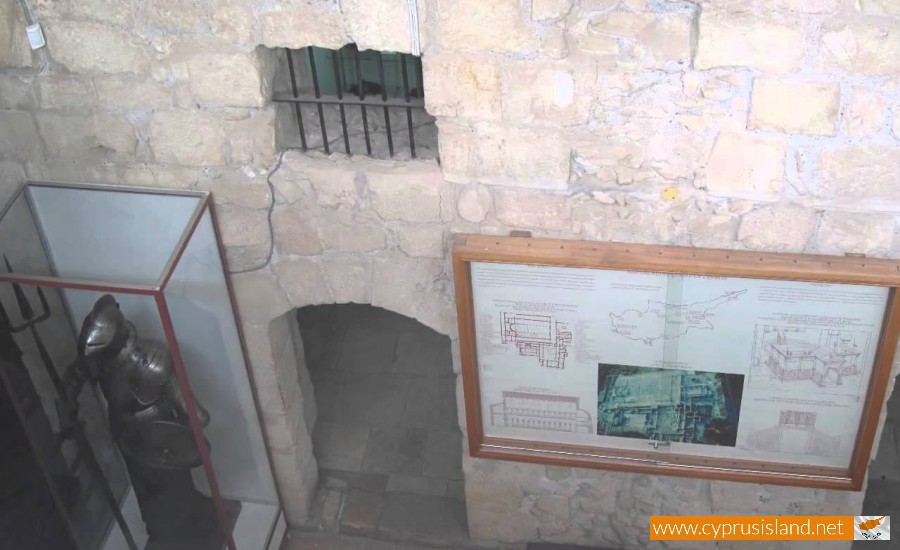 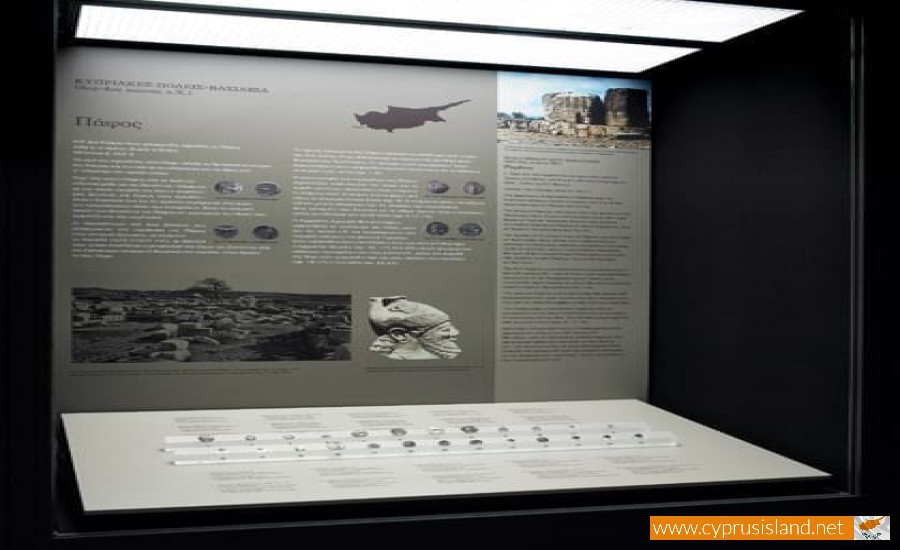 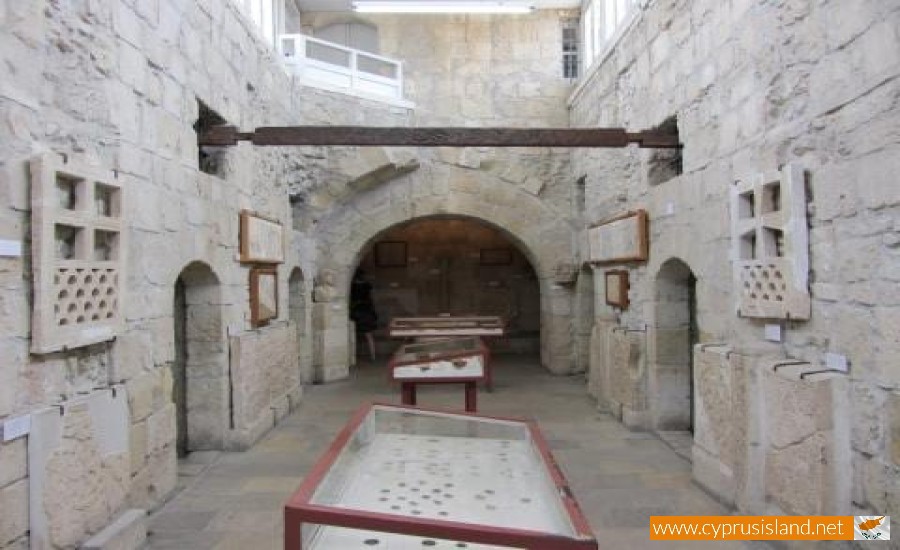