The village Mari is located 39 kilometres southwest of the town of Larnaca. It is built at an average altitude of 80 meters. To the east of the community is the Vasilikos River. The village existed with this name during the medieval years. It is marked on older maps with the name Marin. De Mas Latri mentions it as a feud which was given to high society members by the King.

There are many versions for the name of the village. One version mentions that it was the ancient village Marion. This was declined due to the fact that the village Marion is in the area of Polis Chrysochous. In the area of Mari there was an ancient community during the ion age. In 1881 a necropolis was found and its findings were sent to the British Museum. In 1893 another necropolis was found from the copper era. Near the village is a Neolithic community of Tenta, while there are other ones also found in the area (Kalavasos, Choirokitia, and Maroni). Besides the prehistoric communities which were found in the area, there were also traces of a city of Historical times while in 1979 a tomb of the Cypro-Archaic era was found. Therefore the area was also inhabited during the prehistoric ages.

Another version for the village name mentions that it was taken from Agia Marina. The church is very old and it is dedicated to Agia Marina.

A third version considers the village to have been inhabited before the Frank period and that during the Byzantine era it was named Agia Marina. During the Frank period it was changed to Marin by the Franks and later it was translated into the Greek language as Mari.

The most accurate version is the last one mentioned above.

The Turkish Cypriot residents were named Tatli Su which means sweet water. After the Turkish occupation of Cyprus the village was made Turkish. Until the 19th century it remained Turkish and later due to the metals in the area which provided occupation it was also inhabited by Greeks and it became a mixed village.

According to the Chronical of Leontios Maheras , Agia Eleni had arrived at the area of the village. This is why the river in the area was named Vasilopotamos.

Beginning a tour in the village one will meet many renovated houses as well as the Turkish Cypriot cemetery. Then, one will meet the old primary school which will be transformed into a cultural building, agriculture museum and agriculture art laboratory.

Further on, one can meet the Mosque which was abandoned in 1974, when the Turkish-Cypriot residents of the village were transferred to the north occupied part of the island.

Especially appealing is the Old Mansion with the large windows and the small balcony which has kept the old traditional look. In this building today, traditional bread is made.

Then there is the chapel of Agia Marina which is considered to be of priceless historical value. It was built during the medial years and that is why the Community council and the department of antiquities will continue with its restoration.

Then the visitor is taken to the core of the community. There one can visit the community council building and opposite it is a small supermarket. It is also worth visiting the square with the community park. In the centre of the Community Park it’s a monument which was placed in memory of the lost soldier Andreas Alexandrou. Near the monument is one of the community’s churches which is dedicated to Agia Marina and Agio Spyridona.

Other sites in the community are the bridge of Hadjiloizou and the old bridge which is located next to it. In the future they will also be restored by the community board and the department of antiquities.

In the community there are two harbours in operation, one is a merchant harbour and one is for fishing. The fishing one, gives the community a special colour. One would say that the nicest time of the day is when the fishing boats enter the harbour. Last it must be mentioned that during the whole tour of the community there is a mixture of cultivated land and wild nature areas.

After the Turkish invasion of 1974 many refugee families from the occupied art of Cyprus, moved to the Turkish-Cypriot village of Marin in the Larnaca district. There was no Christian church in the village so the residents needed an area in order to fulfil their religious customs. The construction of a church on Turkish-Cypriot land was not allowed and so the Community along with the Metropolis decided to construct a mobile church for this reason. When the church was constructed the priest Pater Papanastasiou Papakostas took over from the Village Kythrea. The church is dedicated to Agia Marina and Agio Spyridona.

Today the church has been expanded, fixed and enriched with new icons. Also the church square has been altered and trees have been planted around. The priest is Ttofas Paageorgiou a migrant from the occupied village of Leonarisso.

In the centre of the community there is the chapel of Agia Marina. The community board along with the department of Antiquities will continue to restore and preserve this medieval construction.

North of the community there are some remains of the church of Agia Mavri. There is no evidence for the story of the chapel. The community board will work with various donators in order to construct a new chapel.

Another small but worthy chapel is that of Agia Eleni and Agiou Konstantinou which is located a little outside the village on a small hill next to the beach. The chapel was built around 1995 by the Vasiliko Concrete Company. It is a small chapel built with stone and is dedicated to Agia Eleni due to the fact that the Vasilopotamos River is where Agia Eleni landed on out island with the Holly Cross at the monastery of Stavrovouni.

The iconostasi of the chapel is carved of wood and was built at the monastery of Stavrovouni. The construction costs were paid by Mr. Paschalis Paschalides, the former president of the Vasiliko concrete company.

In Mari there are two harbours, one operates as an industrial harbour and the other as a fishing harbour. The fishing harbour has been in operation from the 70’s. Since then it has been renovated and upgraded. It was originally built as an assisting harbour to the Vasiliko concrete company.  The harbour supports the needs of the community as well as the other neighbouring communities such as Maroniou and Zygiou. It can accommodate up to 50 boats.

The industrial harbour is used by the concrete companies which are in the area such as Vasiliko and Moni. This has also been in operation since the 70’s. It has the capacity to accommodate up to 50 large merchant ships.

Without doubt the harbours add a unique beauty to the community, with a beautiful moment when the ships and boats return to the harbour.

In Mari there are four mines, which are under the supervision of the Mon and Vasiliko concrete companies. The two mines are located at the southeast of the community in the area Kolymbos. These mines are from which argyle is taken which is the main element for the production of concrete.

The other two mines are located to the southwest in the area of Manta of Michael and to the north in the area Maraggades. From the first one argyle is taken out and from the second one asbestos is taken out. The argyle and the asbestos are both main ingredients from the production of concrete.

It is without doubt that the concrete factories take part in the economic increase of the area. Many residents from the community as well as other surround areas work there.

Due to the composition of the refugee community of Mari the traditional making of halloumi is different from the occupied area. The halloumi is a traditional product of Cyprus and is made from goat’s milk. It is produced in the following way:

The milk is boiled at a low temperature in a traditional cauldron and then a special powder is placed in so that the milk is thickened. About an hour later it will thicken completely an then it is cut and placed in a special container. After placing pressure on it the formula is placed on a traditional cheese utensil and is cut into pieces of 200g. The rest of the liquid which remains is warmed again at a high temperature and anari (another type of cheese) is produced. The anari floats in the container and is then collected with a special thin fabric until it is dried. Anari is eaten fresh with honey or sugar. It can also be cut salted and dried in the sun in order to be used in pasta and other dishes.

The pieces of halloumi are laced back in the water and are warmed at a low fire until they are cooked. The cooking process lasts for about 60 to 90 minutes and during the cooking process they are mixed with a special utensil. When the halloumi is completely cooked it is placed to dry and then it is salted and various aromatic herbs such as mint is added. Then the halloumi is placed in large plastic or glass containers. About two days later more water is added with salt.

Bread has existed from the ancient years and was the basic type of food. Today it continues to be a basic type of food but it is also the tastiest. A large variety of bread is available for consumers on a daily basis.

In Mari there is the traditional bread which is made with the traditional way. It is the well-known village bread. The way it is made is exactly the same way as our ancestors made it in various areas on the island.

The production of bread is made with yeast. The production of the yeast is made with the Holly water of the Timios Stavros which takes place on the 14th of September. With this holly water and a little flour it becomes part of the yeast. It stays covered for three days until the first mixing. Then a little more Holly water and flour is added. They are all mixed together and three days later the same process occurs. After nine days the yeast is ready. The yeast can be refreshed and preserved all year round.

The yeast is made from the night before. Then some warm water must be added to the yeast. Then the yeast is added with village flour, farina, water and a little salt in order to make the mixture suitable. Then it is cut in pieces of one kilo each, it is covered in flour and then placed on a special wooden tool used for making bread which is covered with a cloth. In each bowl there is flour with aromatic seeds. Then they are covered for three hours. The traditional over is ready at the necessary temperature and then with the help of a large tool it is placed in the oven for an hour. Then they ae ready to be eaten. With the same way regular bread, black bread and brown bread is made. 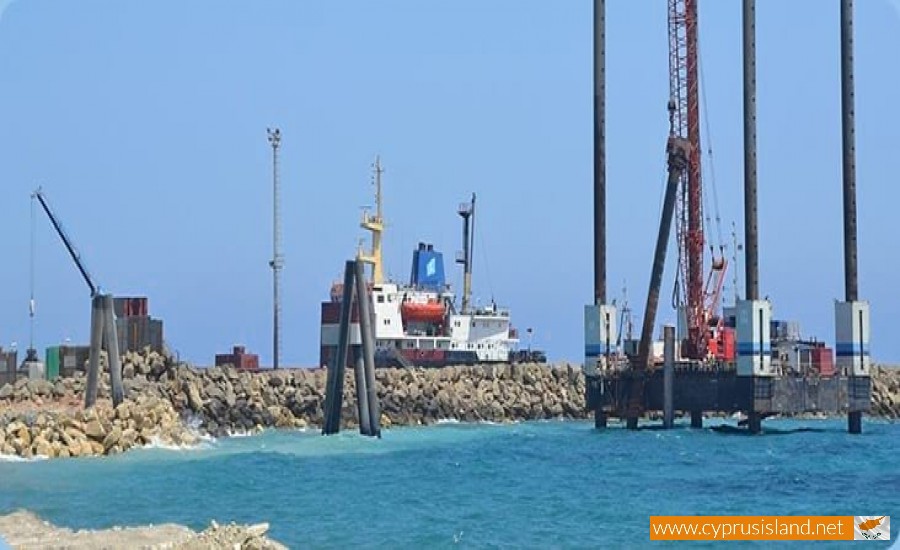 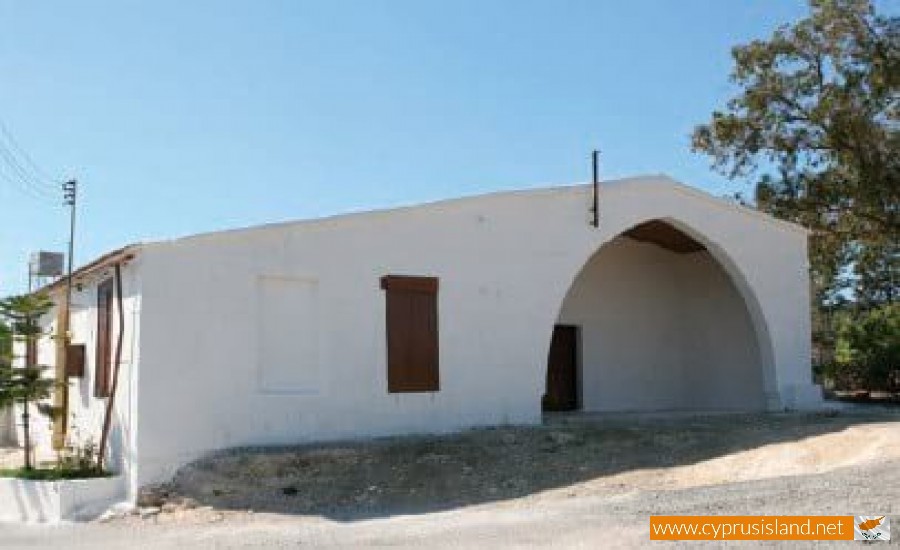 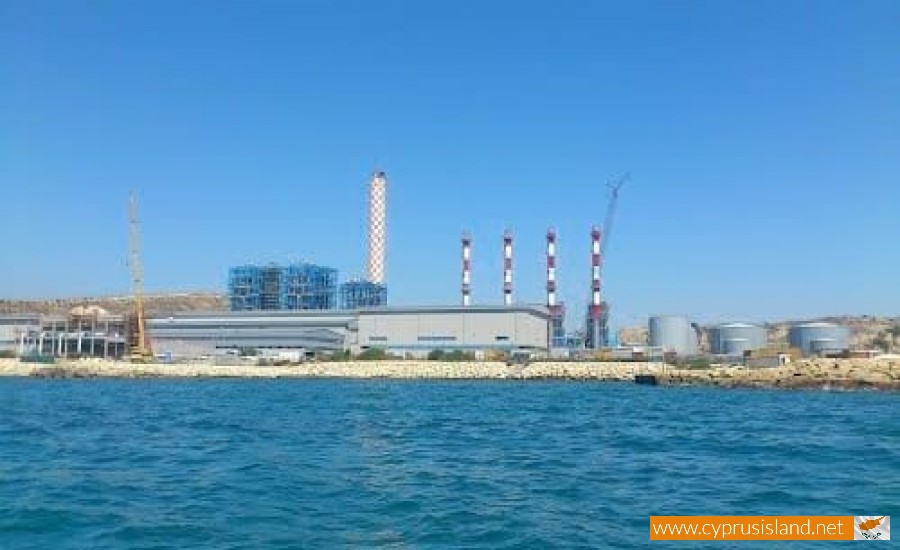