The Treis Elies village is located 50 kilometres northwest of the Limassol district, on the south side of the Marathasa Valley. The village is built at an altitude of 845 metres above the sea level, at the river bank of one of the smaller rivers of the Diarizos River called Drakontas River. The highest point in the village is the Prophet elias mountainpeak at an altitude of 1106 metres. The community has an average rainfall of about 850mm.

To the south it borders with Agio Dimitrio, to the west with Kaminaria, to the north with Lemythou and Milikouri and to the east with Paliomylo. Administratively it belongs to the Limassol district while religiously it belongs to the church Metropolis of Morphou. The name of the village is possibly due to the existence of olive trees in the area, which is very rare for this type of mountainous terrain.

The area has many cultivations such as apple trees cherry trees, prune trees and vineyards for the creation of wine. The wild vegetation includes pines trees, oak trees, terebinth trees, plain trees and cedar trees.

The village is surrounded by green vegetation and the dark grey colour of the volcanic rocks in the Troodos Mountains. The colour composition is completed with the colours of the community (stone built walls and red roof tiles). According to the season, the leaves on the trees change from red and yellow in autumn and white and pink during spring. Pine trees, oak trees, terebinth trees, plane trees and cedar trees and found in the wild vegetation in the area.

According to tradition, Agios Charalambos was thought to have lived in the Treis Elies area, during the end of the 2nd century A.D. A shrine with a piece of the saint’s bone is kept in the Panagia Church.

The Panagia Church is the main church in the village, dedicated to the Virgin Mary Chrysosotira. The village has another church, of Archangel Michael as well as the chapels of Agia Paraskevi , Agiou Andronikou and Prophet Elias.

Other attractions in the village are the Venetian bridges, the nature trail and the sulphide waters. 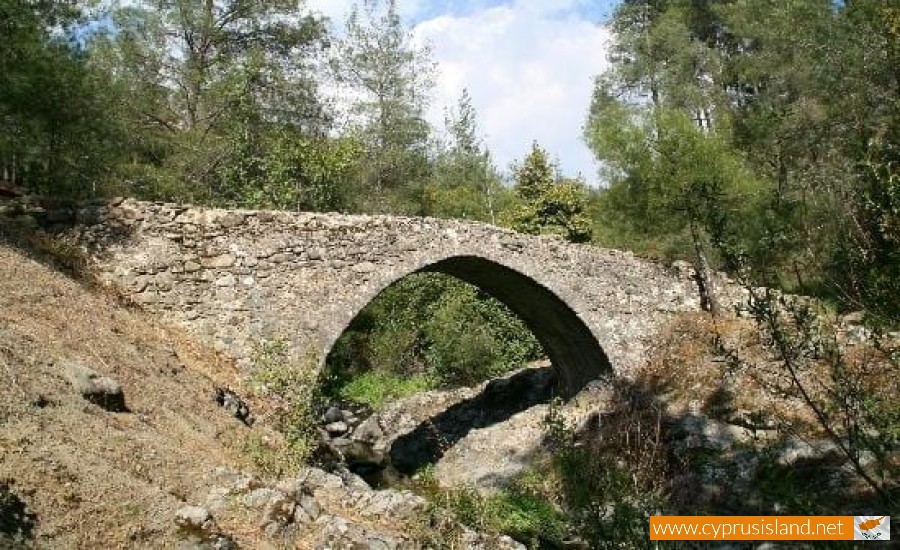 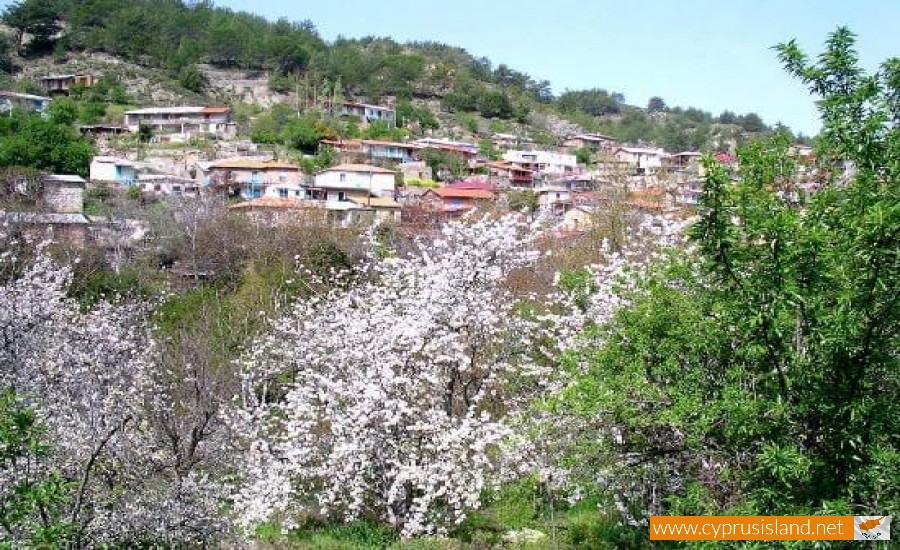 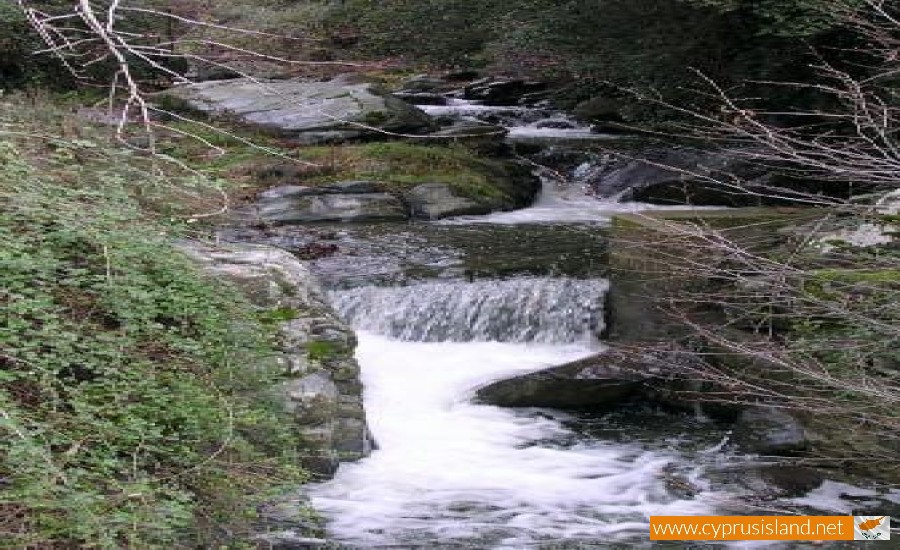 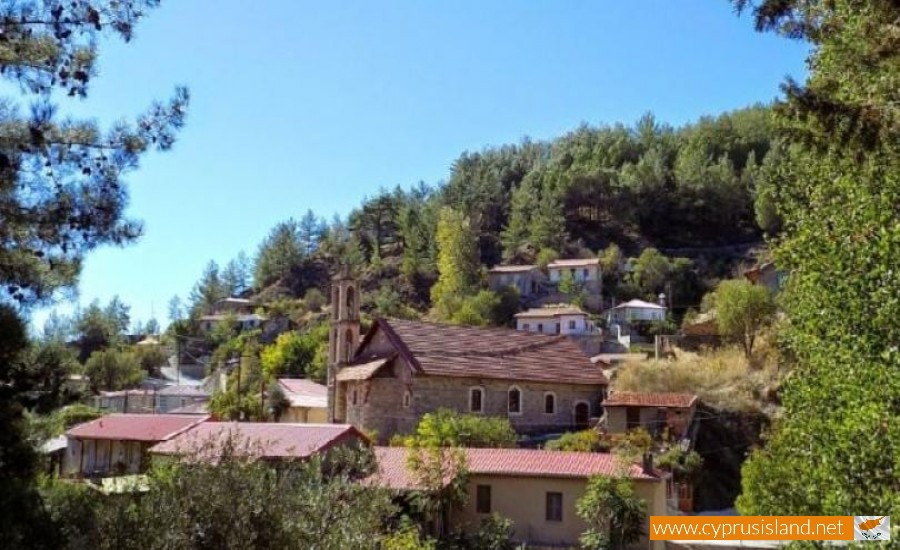