Agia Eirini is a beautiful small village in the Nicosia district and It is built in the southern end and at the same time the tallest point in the Elia valley.

From Agia Eirini, someone can enjoy the wonderful view towards the green Madari or follow the nature path which begins from the village centre and there someone can see the majestic view of the Morphou bay.

It is a village with rich vegetation and very few cultivations. The particular beauty in the village is found in the Aderfi forest where the pines dominate. Apart from the pines, the other types of flora such as the terebinths, the golden oaks and androuklies also bring a particular color to the area.

The older residents of Agia Eirini have much to tell about the liberation struggle of 1995-1959. Due to the village being like a mountain it was the perfect place for a partisan war. There were many villagers who assisted the fighters who searched for refuge in the area. As Karouzi states, one of the incidents which stayed in the villagers’ memories is the caves fight. It was then, that Grigoris Afxentiou asked Agia Irene for protection.

Agia Eirini is a small population village. It is one of the villages in the Nicosia district which were hit by urbanism. From 1881 until 2001, as it seems the village met an increase in population. 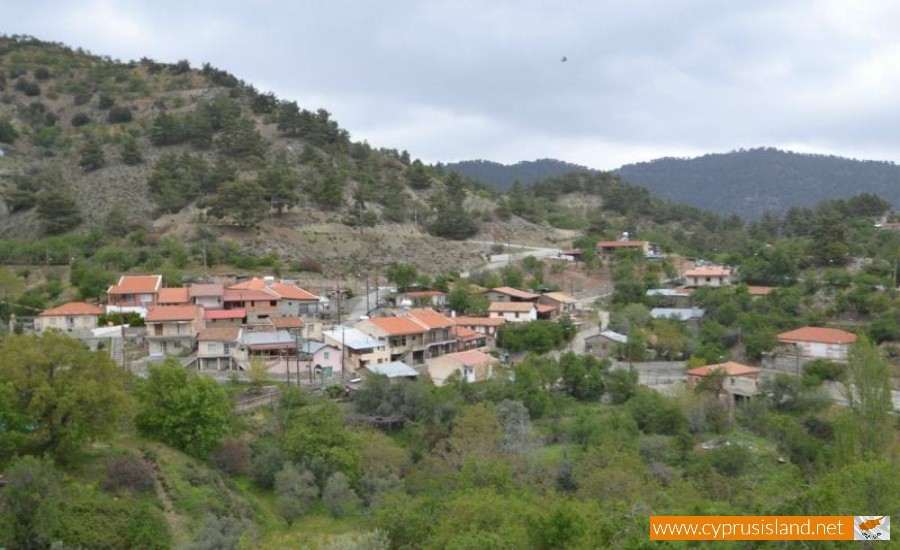 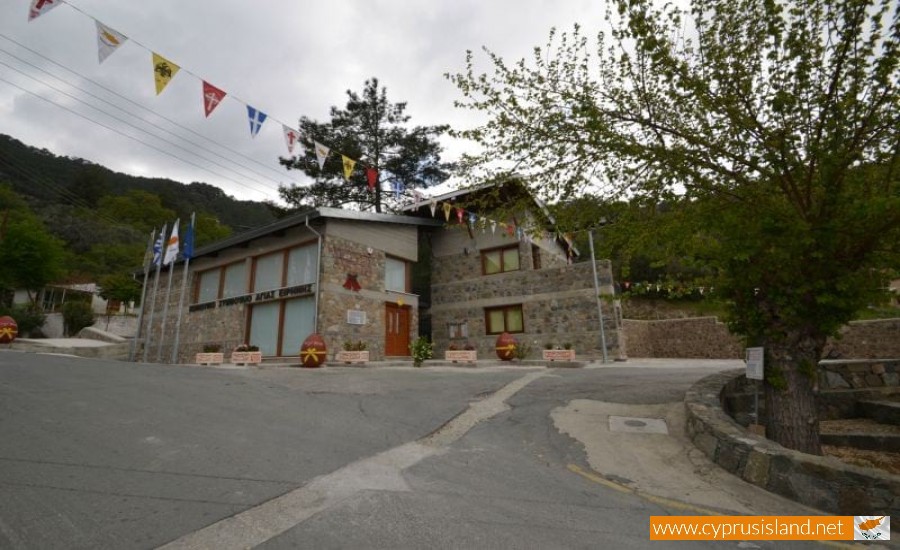 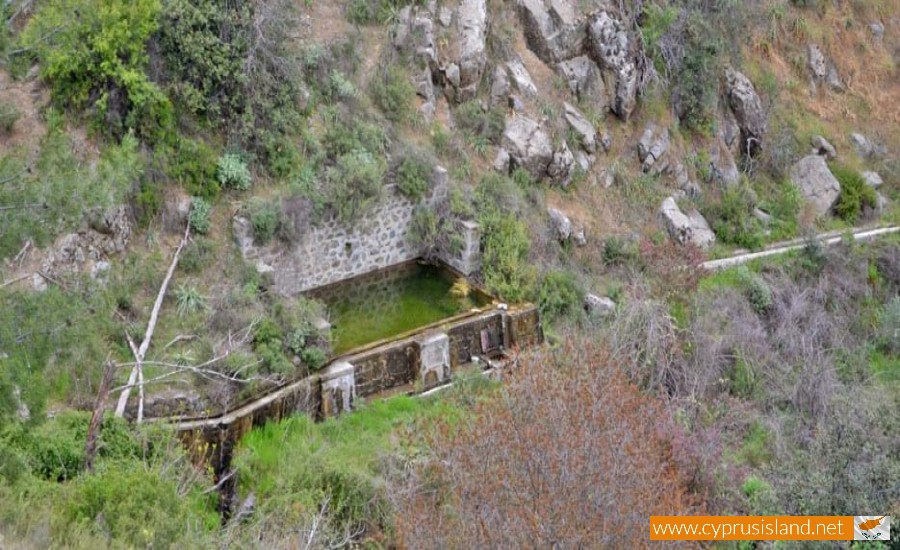