The Troodos Mountain Range is the geological and morphological backbone of Cyprus. The Troodos Mountains are covered with forests which have unique natural beauties and accommodate precious plant and animal habitats as well as graphic villages which maintain many of the traditions of the area. To the west it begins from the Paphos district and to the east it extends to the Limassol, Nicosia and Larnaca districts.

In the heart of the mountain range is the Troodos forest with the highest peaks (1952 m). Its largest part is around 9,300 hectares or 9, 3 square kilometres and has been proclaimed as a National Forest Park in 1992. The aim of the proclamation was to maintain and evaluate its precious operations and values: ecological, scientific, hydrologic, and recreational and tourist.

The whole park is a national forest and is owned by the government. The administration and management of the forest is under the jurisdiction of the Forest Department of the Ministry of Agriculture, Natural Resources and Environment.

The forests in Troodos are mainly made up of natural forests which renew themselves without the interference of man. The lower altitude areas are covered by the common pine trees (Pinus brutia) which extend up to 1200 metres, while the southern parts of the forest can reach 1500 metres. A large number of smaller trees and bushes take over particular ecological “nests” of the forest ecosystem, which are created according to the altitude zones, as well as other ecological parameters such as geology and moisture.

Near the rivers there is thick plane tree vegetation (Platanus orientalis), hardwood trees (Alnus orientalis) and laurel trees (Myrtus comunis) which add a variety to the location and offer an ideal refuge for wildlife.

At the higher altitude areas of the forest, the pine tree forest is made up of the black pine trees (Pinus nigra), which reaches until the Chionistra area. It coexists with the psychotropic bushes such as the aoratos (Juniperus foetidissima), the wild apple tree (Sorbus aria), the wild quince tree (Cotoneaster racemiflorus), the barberry (berberis cretica), the endemic rasiin (Genista sphacelata ssp. Crudelis) and others. 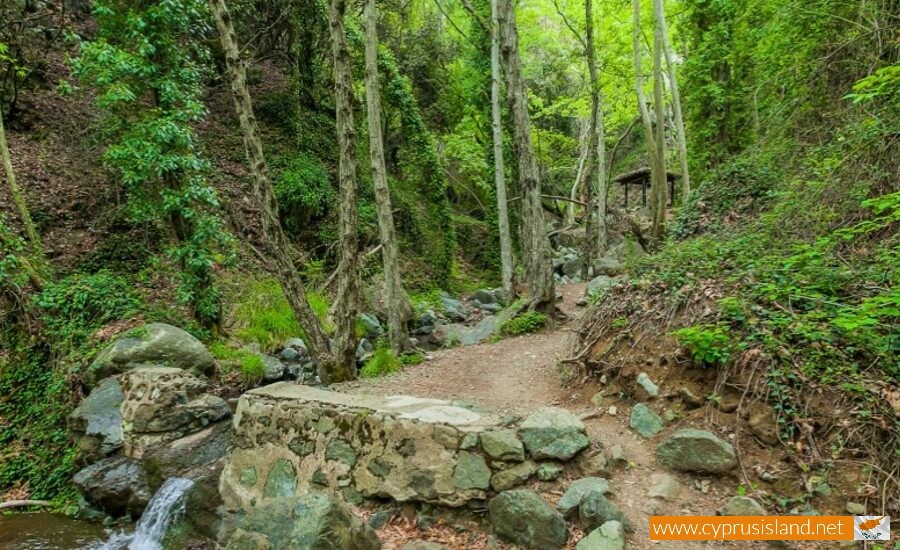 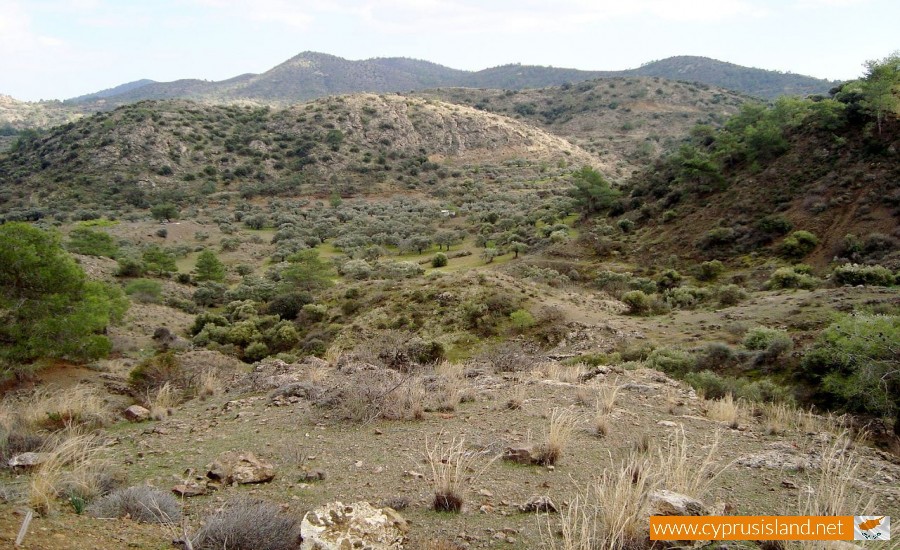 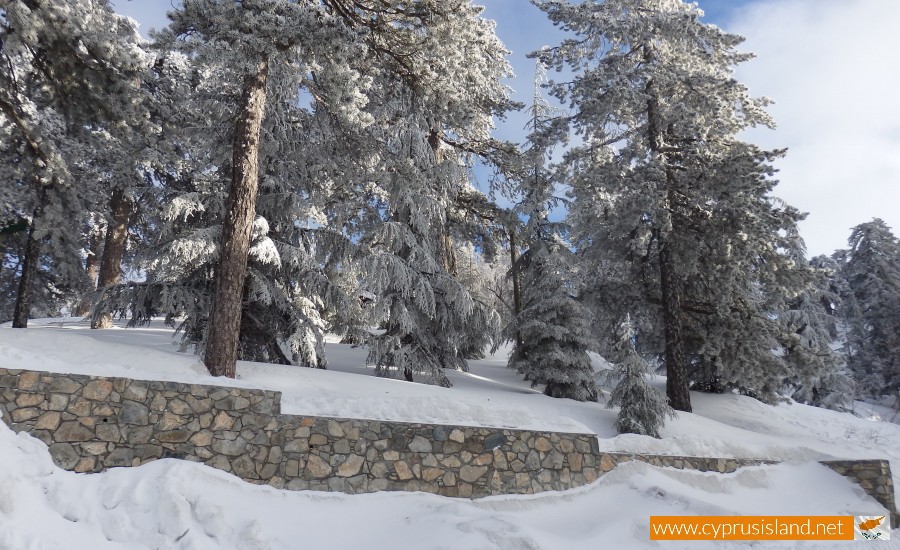 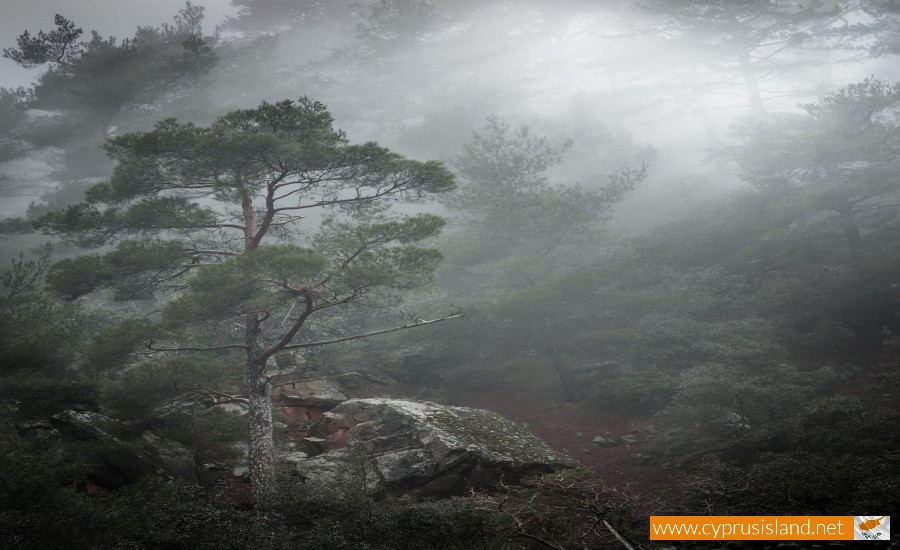 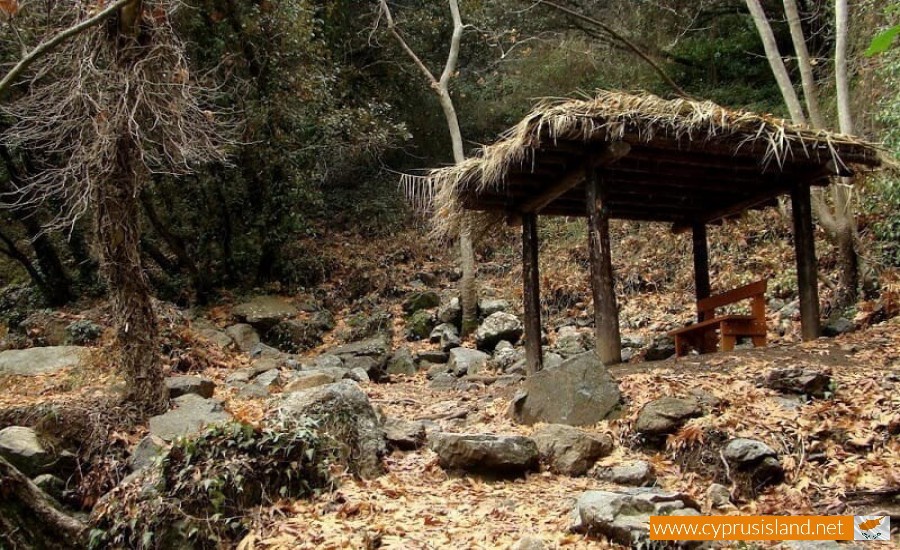 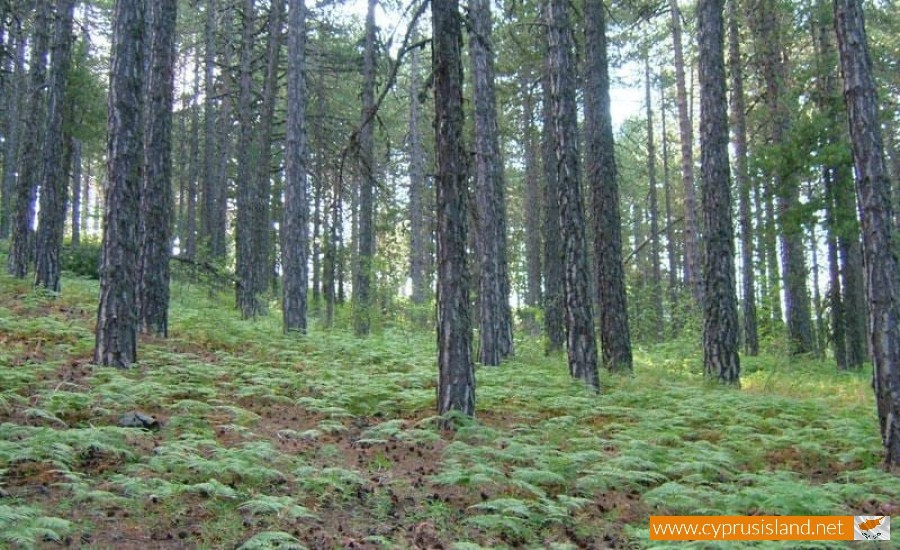 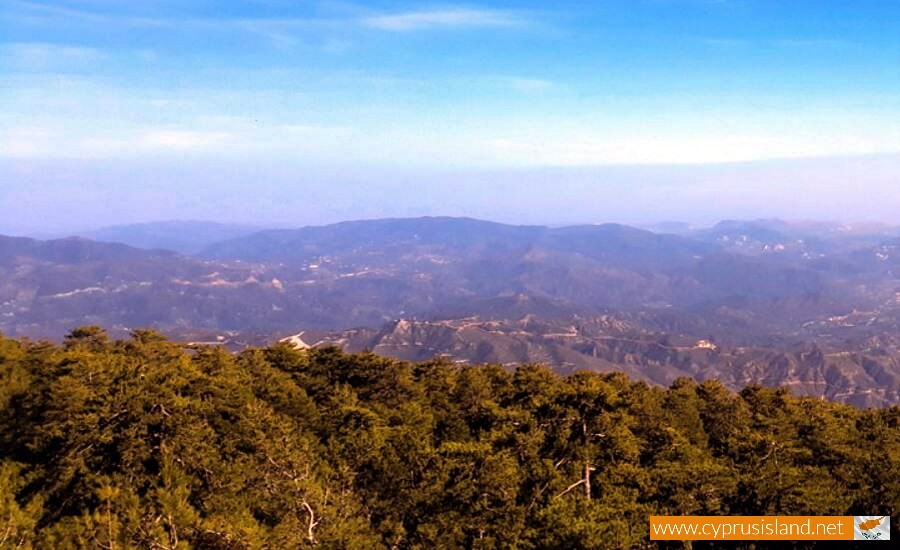 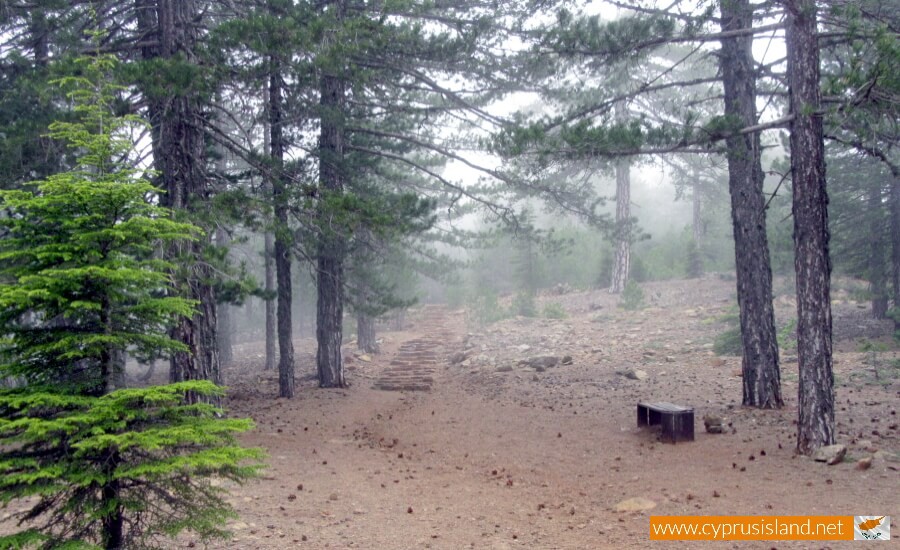 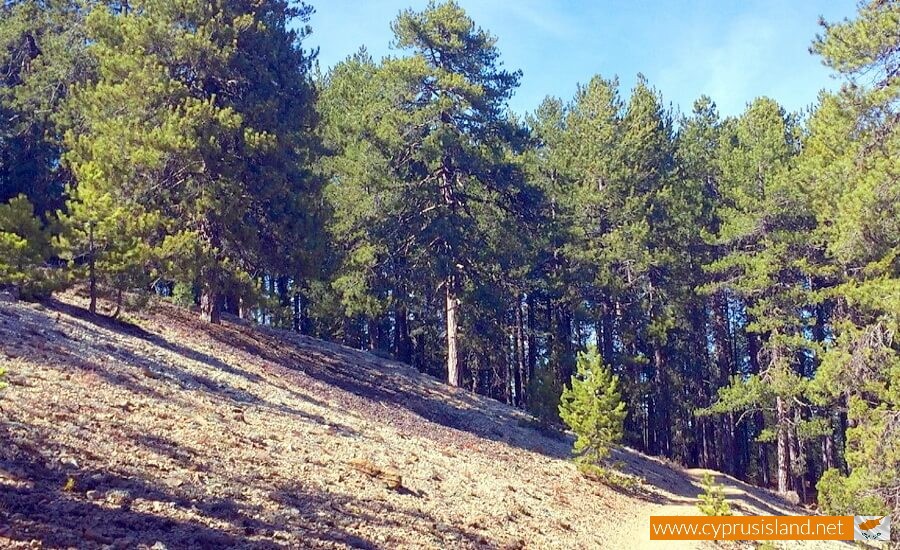 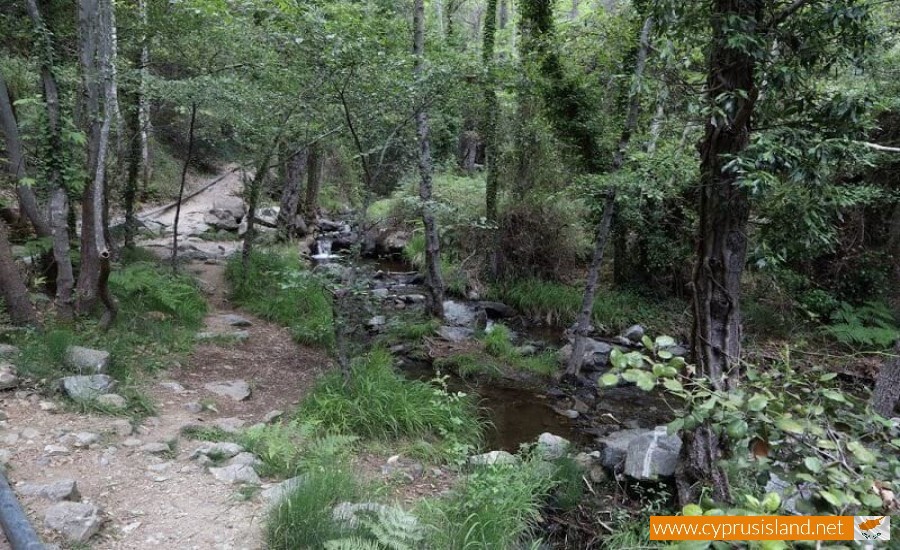