To the southeast of the village of Askas in the Nicosia district, at a distance of 100 metres from the last houses is the church of Timiou Prodromou.

The Church of Timiou Prodromou is the main temple of the village and it is dedicated to Ioanni Vaptisti. It is built on a wide area in the middle of the green valley of Ambelia. It has a large square which was used as a cemetery about 25 years ago. At the edge of the square there are some large trees.

It is worth mentioning that the Church is of a royal architecture. There are no witnesses as to when the church was built but specialists have studied the iconographies and the structures and estimate one part of it to be of the 15th century and another to be of the 16th century. This makes the church to be quite unique.

It is believed that the one room church would have had the names of the donators, the date of construction or the name of the iconographer as it occurred in the other churches painted by Symeon Axentis. The inscriptions were placed on top of the exit door on the interior part of the wall. There is however an inscription with the word LITO which is located on the west part of the iconographies. There are two small lines as well which are believed to be the initials that were written by Louka. I Totchniti.

In 1998 a part of the church was demolished and rebuilt for practical reasons. As it was expected the iconography of the Akran Tapinosi was found and was in a very good condition. There is also a more clear view of the older building.

The church is divided into three areas of two arches. Each row has five arches. The beginning and the end of each row are supported on the walls. In between they lean on three columns made of stone. The last base of the arches to the west is a square building. That is where the iconographies stop. The four arches and the three columns from the altar are completely covered with iconographies.

The iconographies are excellent. There was recently a clean-up and a maintenance which was covered by the department of antiquities and the Leventi foundation. The church has given a certain amount of money for the maintenance of the templo. The technical work was taken up by the Department of Maintenance of Iconographies of the Art Institute of Courtauld of the London University. 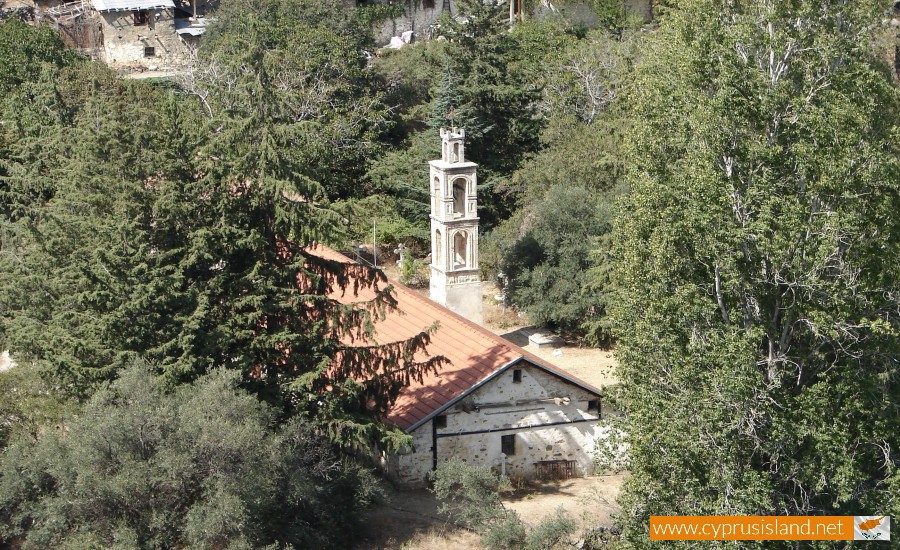