About two kilometres from Fini, on the road which leads towards Agio Dimitrio, is the monastery of Agion Anargiron, from which the only thing saved today is the church and the wooden roof. As the architecture of the construction shows, there was originally one part of the church but the south wall was demolished and it took the shape it has today.

The Agioi Anargyroi Monastery is built at an altitude of about 920 metres at an area which is well known for the wildness of the location and the thick greenery, is the monastery of Agion Anargyron. The monastery covers all the demands of the monks who seeked for peace and quiet in order to think and pray. It is dedicated to Agio Kosma and Agio Damiano who have a great reputation as being healers who did not take any money. Especailly people who had small children went to the saint in order to seek protection for the many epidemic which threatened the island.

The first witness we have about the monastery of Agion Anargyron is from a note to the code 581 of the national library of Paris which informs us that during the 17th century it was joined with the well-known monastery of Panagia tis Trooditissas. It is generally believed that the monastery existed from the ruling of the Franks (1191-1571) and it may even have been founded from the Byzantine years, when the two large monasteries of Kykkou and Trooditisa were made.

Important information is given to us by the Russian monk Vasilios Barsky (1701-1747), who visited it in 1735 and spoke to its Head priest and -4 monks who lived at a room next to the church. They all lived by agriculture, silkworm collection and taking care of a few goats. It is also mentions that outside the monastery there was a mill which was also used by the monks.

The monastery is mentioned by the Archbishop Kyprianos in his book about the history of Cyprus, which was printed in Venice in 1788. It is mentioned that it did not belong under the jurisdictions of the Paphos Metropolis to which it belongs to today. Another mentioning of it during the same period is that the Meropolite of Paphos Hariton (1827-18544) made the monk of Trooditisa, Haritona into a deacon. It seems though that the monastery began to decline.  The last monk mentioned was Paisios who stayed there until 1850. Paisios was the teacher of the young students who went to the monastery. Later on it was abandoned through the passing of time and the buildings became ruins.

The monastery of Agion Anargyron was small and there were 3-4 monks. The archbishop Kyprianos mentions it as a monastery which was under the jurisdiction of the Metropolis of Paphos. The monastery seems to have been destroyed at the end of the 18th century and the monastery buildings were destroyed after being abandoned.

The church of Agion Anargyron is made of two parts and a wooden roof. In the beginning it was made up of ne part. The second part was built later as it can be seen from the location where the two parts are joint, at the east part of the walls. The original temple had a length of 13.2 metres and a width of 3.9 metres. It was possibly built during the 16th century. The southern part of the church with a width of 2 metres was possibly built during the 18th century. Then the south wall was demolished and replaced with two arrows in order to allow passage between the two parts. The church has an arch at the east wall along with a door, stanchions at the middle of the west wall and the original temple. There is a second door at the east wall of the south part which was placed later on. Four small and narrow light openings at the arch, two garbles and the east wall of the south part assist with the ventilation.

The church was built in 1962 resulting in the destruction of the wooden roof, the wooden iconostasis of the 17th century, the icons of the Virgin Mary (1635), of Christ, of Ioanni Prodromou of 1705 and the icon of Agion Kosma and Damianou of whom the church is dedicated to. The nice wooden carved candlesticks of the 16th and 17th century were burnt as well as the iconographies of Archangelou and Agiou Georgiou at the north wall of the temple.

In concern to the church of Agion Anargyron there are two traditions which were reported at the beginning of our century. According to the first one, in the earlier years the villagers saw a young man on a horse coming out of the church every Saturday night. The villagers though it was one of the Agious Anargirous who went to cure those who were in need.

The second mentions that a priest with clothes of an older era used to wander in the morning outside the church. One day a girl in the village saw this priests and was shocked so much she died a few days later. The church of Agion Anargyron in the Fini village is celebrated on Easter Monday.

To the north wall of the church of Agious Anargyrous there were iconographies of Archangel Michael and Saint George. Also on the wooden carved iconostasis of 1697 icons of rare art were saved , such as those of the Virgin Mary(1635) , Christ , John (1705) and  Agion Kosma and Damioanou (1725). After the loss of another rare art icon which displayed the second resurrection of Christ, attempts were made by the metropolis to relocate the icons were denied by the residents. Unfortunately all these as well as other wooden candlesticks of Venetian art of the 16th century were destroyed due to a fire that occurred because of a lit candle. The church was rebuilt by the residents of the village who saved the amount of money with donations. The church operated three times a year. On the 1st of July, on the 1st of November which is when the saints Kosmas and Damianos are celebrated, as well as Easter Monday. 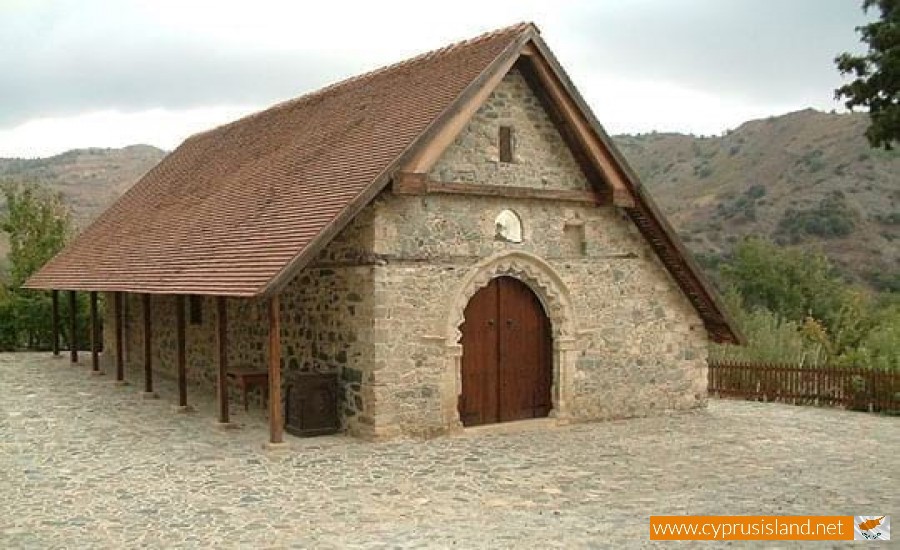 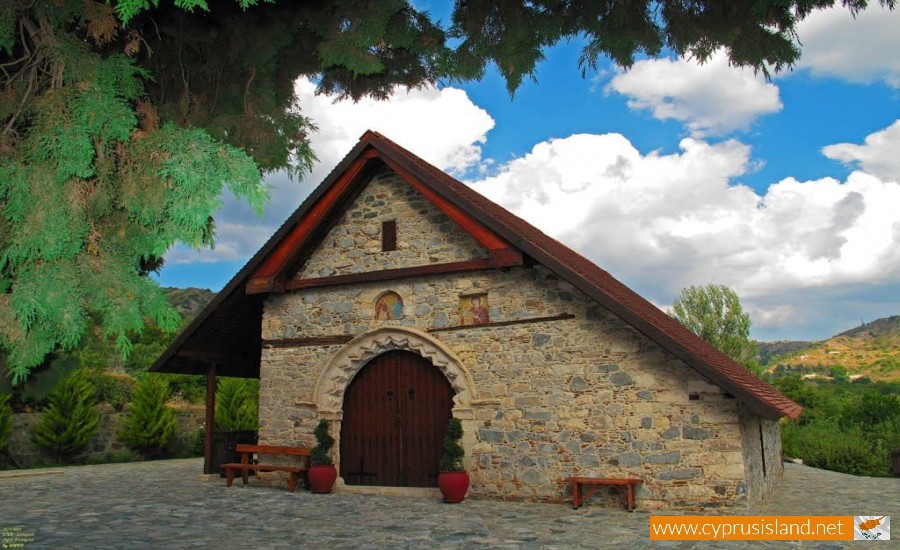