The ornament and true pride of Omodos is the  Timios Stavros and Zoopoiou Stavrou Monastery which is built in the heart of the community. It stands with magnitude and forms an important part of the Cyprus cultural heritage.

The Monastery of Timios Stavros is considered as one of the oldest and most historical monasteries on the island. Locals and tourists from all over the world visit this remarkable monastery to see it and to pray.

According to traditional the residents of the neighbouring villages Pano and Kato Koupetron which don’t exist today, noticed a fire between some bushed in the area in which the Monastery is built today. When the morning came they went to the area but did not find any signs of a fire. This phenomenon continued for a few nights. Then they began digging in the ground, where they found a small cave in which they found a Cross. In order to thank God they built a small chapel on top of the cave and that is where they kept their precious treasure. With the passing of time, the chapel was extended and transformed into a Monastery with many monks and a large estate, not only in Cyprus but overseas as well. They Monastery had good relations with Constantinople and an estate in Russia.

Tradition states that the Monastery was founded before the arrival of Agia Eleni in Cyprus during 357 B.C. when it was founded exactly is unknown. It is possible that the village of Omodos existed prior to the existence of the Monastery. Various historians such as Neophtyos Rodinos , the Russian monk Barsky , the Archimandrite Kyprianos and many others mention that during the visit of Agia Eleni in Cyprus , she left a piece of the Holy Rope and Holy Cross. This was the rope which the Romans tied the Christ with and it was described as being red due to the Christ’s blood.

After many miracles with occurred at the Monastery, it gained a great reputation and developed into a great pilgrimage area. The historical Monastery of Omodos passed through many phases during the passing of the centuries. During the hard centuries of the Turkish Occupation, the Monastery managed to maintain and become even greater. Around 1700 it managed to obtain immunity by the Sultan. In 1757 water was transferred to the Monastery and a water tank was made at the southwest part of the monastery by the monk Germano. In 1917 the Monastery’s estate was given to the residents of Omodos. A few years later it was then turned into a parish.

During the second decade of the 19th century there was a full renovation of the Monastery by the Episcope of Paphos. The west wing and the west part of the north wing were built in 1816. In 1817, the gold iconostasis of the church was built. , however the most important sample of woodcarving is the celling and the Throne of the cross which covers the east wall. The bell which was placed in is still saved today   and is the first bell which rang in Cyprus during the Turkish Occupation. A renovation which took place in 1850 extended the two sides taking the form it is in today.

The architecture of the Monastery is characteristic. It is a large two storey building in the shape of a Π which surrounds the church from the north south and west. The entrance from the north side of the Monastery takes you to the courtyard. The west entrance which exists today was opened recently. Many stone built cells and guest rooms form the building structure. In the courtyard there is a marble water fountain which cools the visitors. The large three arched temple of the Monastery of a basilica architecture is built on top of the cave which the Holy Cross was found in.

Remarkable items of the Monastery

Of extreme importance is the golden carved iconostasis of the church which was made in 1817, with the Holy Cross case and ancient icons. The particular wooden ceilings which decorate the rooms of the Monastery form a piece of artwork.  The samples of wooden art are made with an exquisite artwork from thousands of small pieces of wood harmonically placed together.

Even more remarkable is the Synodicon with the marvellous ceiling and with the throne of Timios Stavros which is carved onto the walnut wood being displayed as a masterpiece. With the double-headed eagle, the throne is also used as a crypt for the Holy Cross.

Today the room of the Synodicon is an ancient museum. The other rooms house the Museum of Byzantine Icons, the Museum of Folk Art, The Omodos Gallery , Omodos Photo Exhibition Museum and the Museum of Struggle 1955-59 which is the first one which was opened after the Epic Fight. In this Museum there are personal items, uniforms, documents and photos of the fighters.

The Monastery of Timios Stavros in Omodos contains invaluable relics which have made it famous all over the world. Some of these are:

For more information about the Monastery contact the community Council of Omodos: 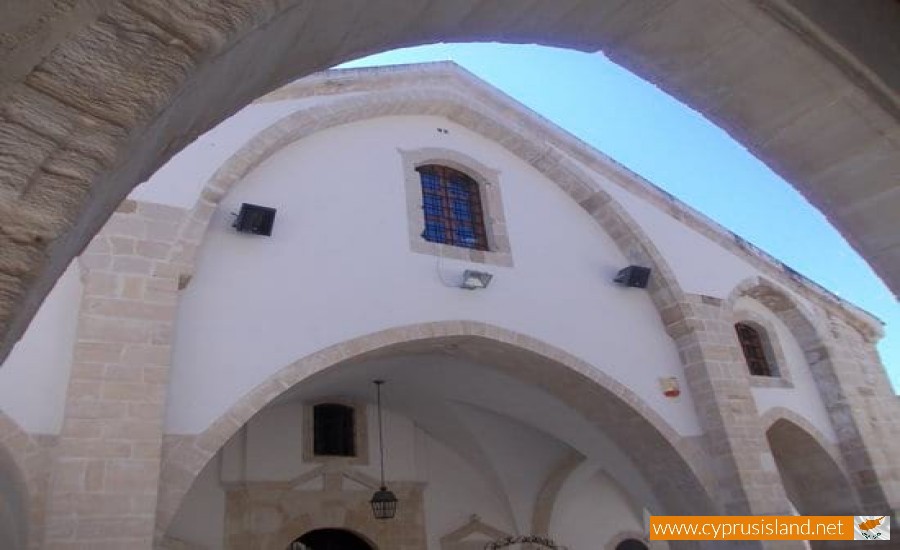 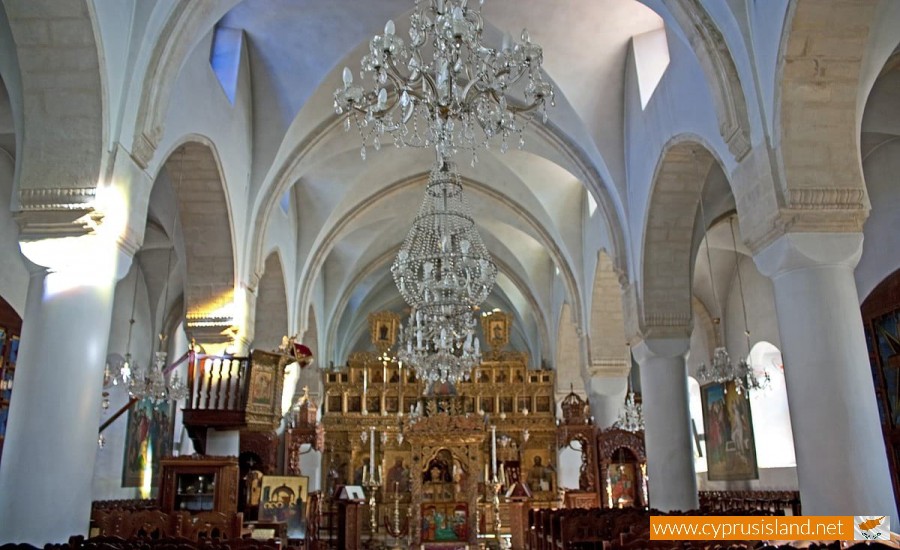