The Paphos Ethnographic Museum is a private museum which was owned by the Eliadi family which was known as the Museum of Folk Art until 1971.

The museum was possibly the richest and the best private museum on the island. It is housed in a two-storey building of 1894 which is made of stone with three unusual arches of gothic architecture and beautiful gardens.

It is made up of the collection of George Eliadi, an intellectual with interest in archaeology history, folk art and literature, who collected art treasures from the countryside of Cyprus, especially from the area of Paphos.

The ethnographic museum houses pieces of natural and man-made environment, such as natural caves, a tomb of the Hellenistic period carved in a rock , a terebinth tree , architectural styles which have been dated on 1894 as well as a gazebo.

The items on display include suits, especially of the countryside, decorative wooden furniture, agriculture tools, kitchen items, ceramics, looms and knitwear, as well as archaeological findings from the Chalcolithic era. 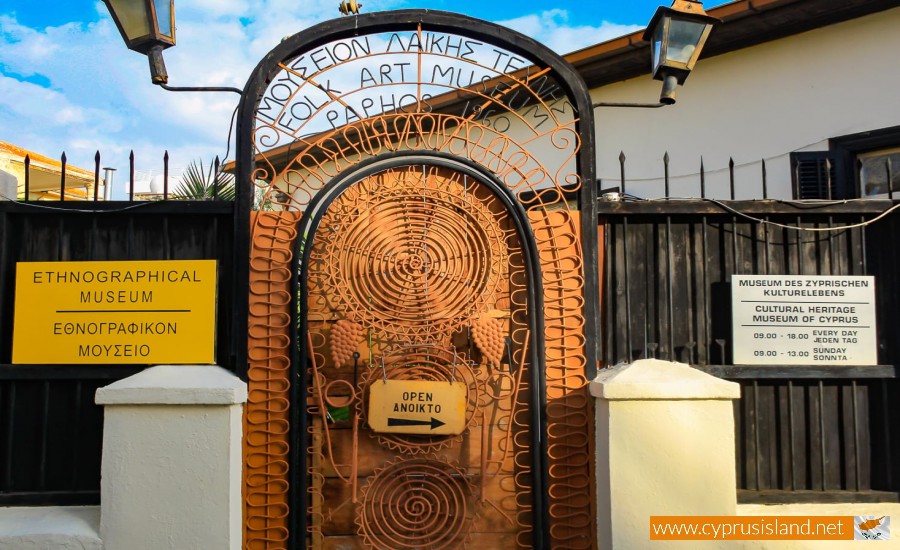 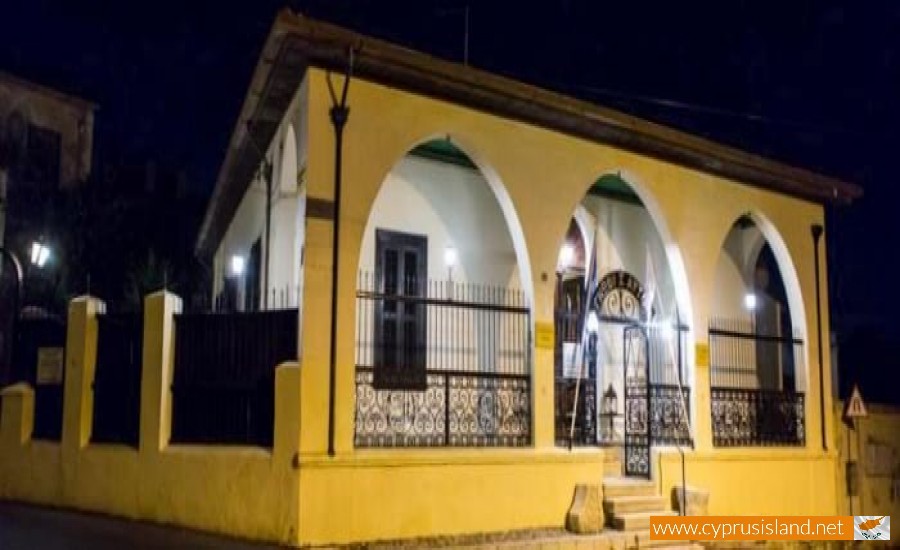