The Mazotos Ancient shipwreck  is a wreck of a trade ship of the period after the classic era and was found in the sea area of the Mazotos village in the Larnaca district, at a depth of 45 metres.

In addition, it is the first shipwreck of this period which was found in the South Eastern Mediterranean carrying amphora of Hios at a depth which divers can get to.

Therefore its scientific importance is great, as the research can give answers to questions which concern the sea roads and the trade between the people of the Aegean and Eastern Mediterranean after the after classic period.

The research of the Mazotos shipwreck began in 2007 and was implements by the Archaeological research team of the University of Cyprus under the management of Dr. Stella Demestina in cooperation with the Thetis Foundation and the Department of Antiquities in Cyprus. 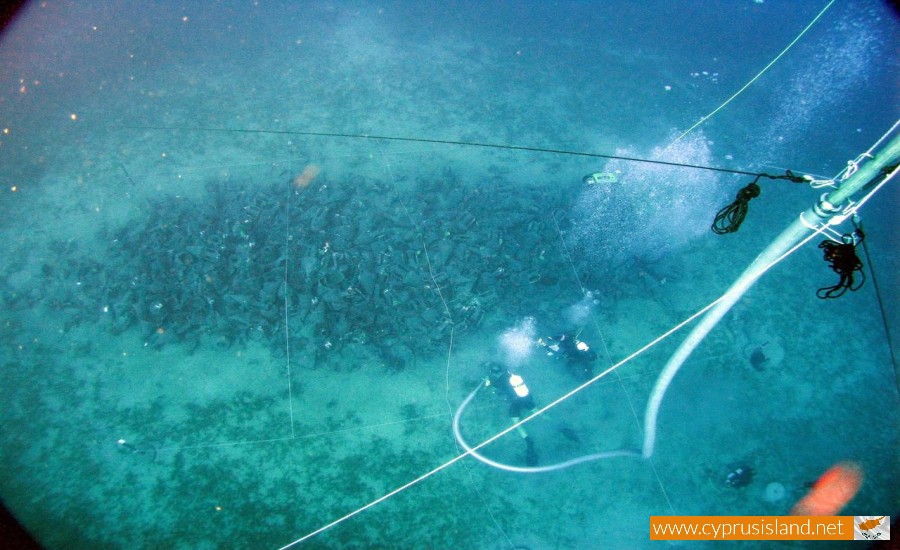