The Saint George Kefala Chapel is located about three kilometres outside the village of Kalavasos in the Larnaca district. It is said that the church is miraculous for headaches which is why the residents in the village named the chapel this way.

The chapel was built during the 19th century and architecturally it is made up of one room with an arched rood and roof tiles in the shape of the temple. There isn’t anything in particular to the architecture of the building. It is a small simple chapel which can accommodate up to 30 people. It is made of stone, and it is whitewashed externally. The square around the church is comfortable but not clogged, and is it paved with concrete.

In its interior the chapel has a wooden and simple psalter and a simple wooden templo. The templo s surrounded with six very old icons which were painted by hagiographer monks of the Stavrovouni Monastery. There are two gates at the templo, the central and north gates. To the right of the templo there is the icon of Saint George. The icons are dated to the beginning of the 19th century.

The chapel operates once a year during the celebration of Saint George on the 3rd of November when the Saint’s relics are taken there. 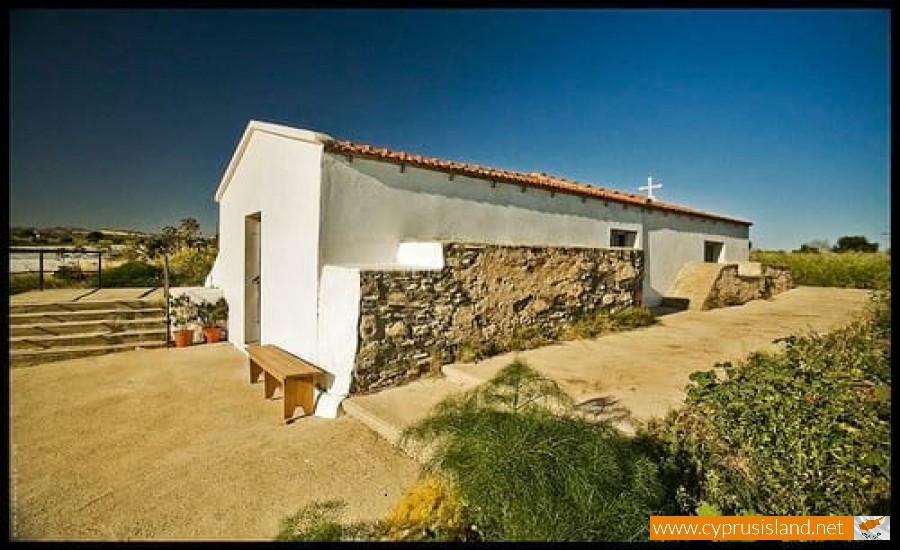