Oroklini is situated eight kilometres northeast of the Larnaca district and it is also called as Voroklini.

The village is loacated at a hill, at the bottom of a low shoe horse hill, at a height of about 50 metres above the sea level. Oroklini has an annual rainfall of about 340 cm and wheat, vegetables and fruit trees are cultivated in the area.

Other important elements in the area are the quarries of stone, asbestos, gypsum and the copper and gold mines which existed in the ancient years. The locals’ occupations besides agriculture work are completed by many mines and quarries. The Troulloi , Avdeleros and Oroklini mines are the only ones which were developed away from the Troodos foothills where all the rest of the mines in Cyprus area. It is said that the well-known French poet Arthur Rimbaud was found working in Cyprus at the end of the 19th century in the Oroklini quarries.

According to Grivaud, the names of which the village has met are Porocumi, Voroclini, Voroklini. Nearchos Klirides states that the name Oroklini which is used every day probably does not come from the words Oros and Krini because there are many villages in Cyprus which have water fountains at the hills of some mountains. Klirides supports that the name of the village Voroklini possibly came from its springs, whose water is brackish. The water quality is supported by oral reports. Another possible version may come from the words oros and klinin which means rich. In his case it must refer to the rich water which flows from the mountain slopes.

The important historical locations which are mentioned (Goodwin) is the manor of the Despot (south between Oroklini and Pyla, which was possibly destroyed by the Sarakinian raids (Macheras), the Manor of Diazenas (location Kafkalies), the Manor of Santis (in the village), Agios Thomas which is located about 1.5 north of the village today and Agios Georgios Mavrovouniou, about 1.5 north of Agios Thoma.

Agios Georgios Mavrovouniou was a feud also known as San Zorzi. At this location there were also mines (umbra). The church in the location of Agios Thomas has been announced as being a monument by the department of Antiquities. There is also a cemetery of the Hellenic Period at the location Lakkos tis Elias which has also been announced as an ancient monument.

The church of Prophet Elias is at the border of the village. It can be seen from the south to the west and from the larger part of the village. At the northwest side of the church and towards the village there are carved steps in a rock, known as the footsteps of the Prophet.

From the map D.O.S. 355 of 1960 there is a community and a cemetery of the After Copper Era in the location of Berki north of the river bank.

To the south-east of the village, 700 to 800 metres from the village centre there is an abandoned location which is where the plinths of the village were made (map D.O.S. 355). North of the Azousa location, there are two rows of stockyards which are dated to the end of the 19th century.

The area seems to have been inhabited from the ancient years, as it is proven by the constant mine exploitation and the mineral wealth in the area of Troullon , especially copper as of white soil.

According to Grivaud, Mas Latrie mentions that the village, along with others in the area had been abandoned during the 15th century. He also mentions that in particular the village was abandoned during 1572. These abandonments were temporary as it is found in Othomanic documents (defter-i-muufassal, in 1572). The reasons of abandonments are mentioned as raids and unstable social-political conditions as well as epidemics (Grivaud, 218, 220).

The latest and the most accurate information for that era was found on the extremely rare map of Jacomo Franco, which was printed in Venice in 1570. The map was copied by Abraham Οrtelius in 1573 and the village with the name Voroclini is printed on it. This map was considered to be the most advanced of his era and was used until the 18th century. Oddly enough the location of the village has been reversed with that of the location of the village Pyla (Hadjipaschalis and Ioannou 1989). The village is also found on the other Venetian maps as Vorochlini from the 17th century (Goodwin). On documents of the French embassy it is mentioned as Verochino.

During the Turkish occupation the village presented abandonment and in the 18th century began to regain its population (Great Cypriot Encyclopaedia). It was said that during 1878 a French poet called Arthur Rimbaud worked at the quarry in the area and received 6 pounds a day.  At the same time in the area there was a great dealer in Cyprus, called Luigi Palma di Cesnola, who was an ambassador of the United Stated and who excavated antiquities. There is no definite referral especially for Voroklini (Hadjikosti 2001).

In 1885 Horation Kitchener completed the mapping of Cyprus at a scale of one inch to one mile. On this map the village of Voroklini can be seen in its location today, with the church and four parallel roads.

According to the local tradition, the village was originally located north-east of where it is located today, in the location of Agiou Thoma. During the epidemic, the flocks were moved towards the spring of Agia Katerini and then the people followed as well 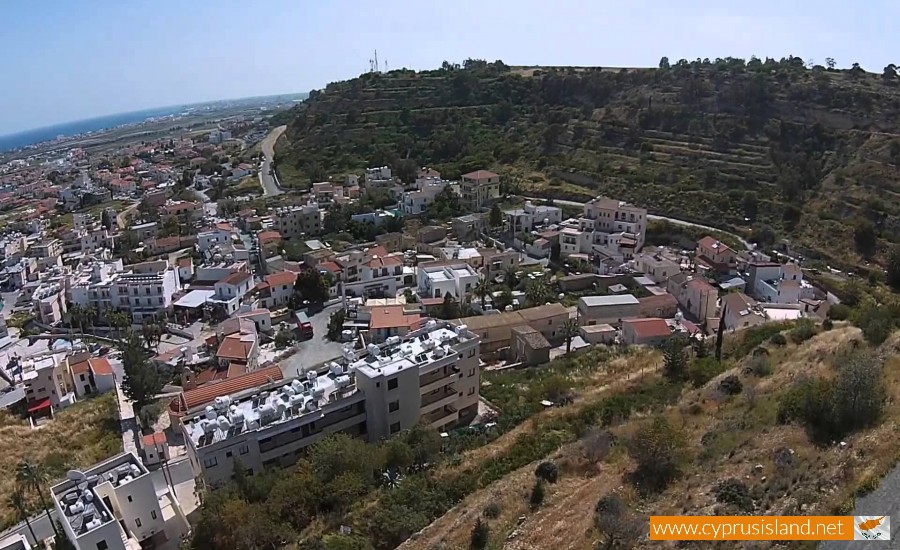 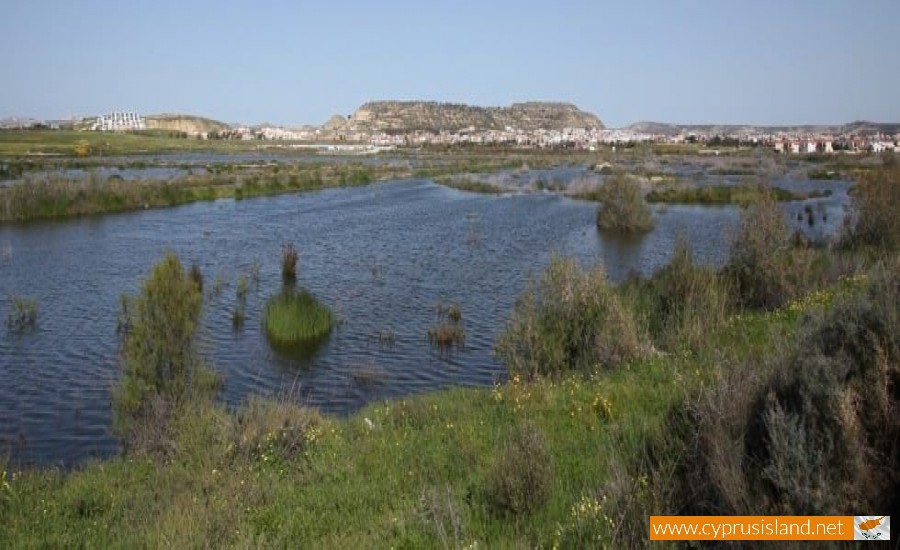