The community of Alaminos is located about 28 kilometres from the town of Larnaca, between the villages of Agiou Theodorou, Kofinou, Anafotia and Mazotou. It has an average altitude of 75 metres and an average rainfall of about 400 cm. In the village area fruit and vegetables (tomatoes, cucumbers and artichokes) are cultivated.

The village met a continuous increase in population until 1960. In 1881 the residents were 243 and increased to 313 in 1911, then to 340 in 1931 and to 564 in 1960. The Turkish-Cypriots of the community were 251 in 1960. After the Turkish invasion the Turkish-Cypriot residents of the community abandoned the village while many Greek-Cypriot refugees moved from the occupied part of the island to the village. Today the residents are about 300 from which of them 40 are refugees. During the last few years there hasn’t been a decrease in the population but also the phenomenon of urbanism isn’t observed, due to the fact that large pieces of land were given to families in order to move to the community.

It should be mentioned that Turks used to live in Alaminos , therefore the village was a medieval feud which  the Turks inhabited after the occupation of Cyprus during 1570-1571 as it occurred with many other villages in Cyprus.

The village is marked on old maps as Alamino. Its name was considered to be of French origin and it is wrong to believe that the monastery of Agiou Georgiou Alamanou is medieval. The confusion was created from the fact that during the ruling of the Franks, the village of Alamanos was a feud for Prince John the brother of King Peter A’ from 1367. Other wrong publications present the village as being owned by Philip D’Iblen during the ruling of the Franks. The relation of D’Iblen with the village is that he was prisoned there on 8/4/1308. On the contrary the correct information is that the village was given to Ioanni Lorendano during 1463.

Another version is that the daughter of a wealthy man, which was calles Minio disappeared from the village and all the residents began calling “Come Minio , come Minio” and that is how the village took the name Alaminos.

Passing though the community one will go through narrow graphic alleys which give another image to the location. Most houses are not touched and witness the rich history of the area. Continuing the tour of the community one will pass from the old church of Agiou Mama which is another ancient monument of the village. Leaving the church, getting up higher passing the village towards the Turkish Cypriot side of the community are the houses and the alleys which open up to another era and history.

Leaving the village one can see the “Koulas” which stands high.  The “Koulas” is considered a building of the 15th century and is a long rectangular stone castle. It was used by the residents of the village in order to see the enemies from the sea so that they could be prepared for them. It was an important building for the residents as there were underground tunnels and roads which lead towards the sea. 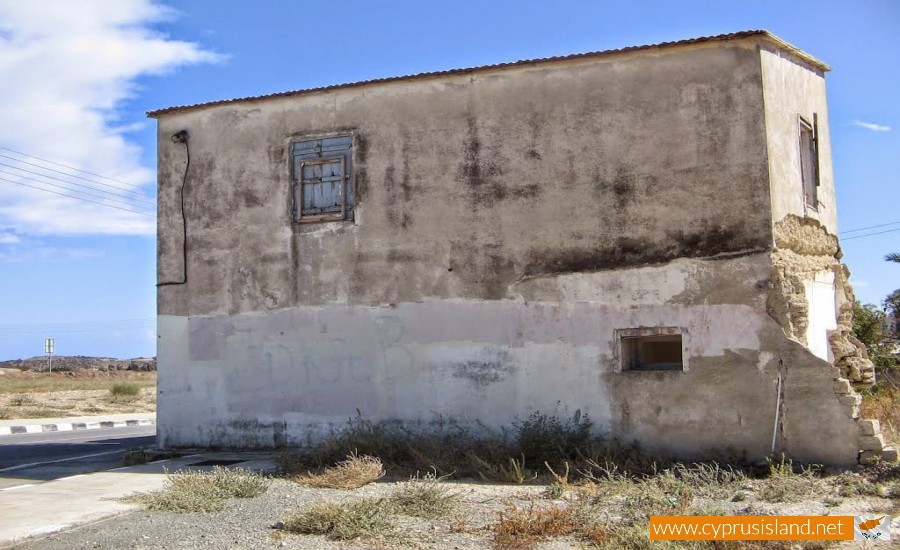 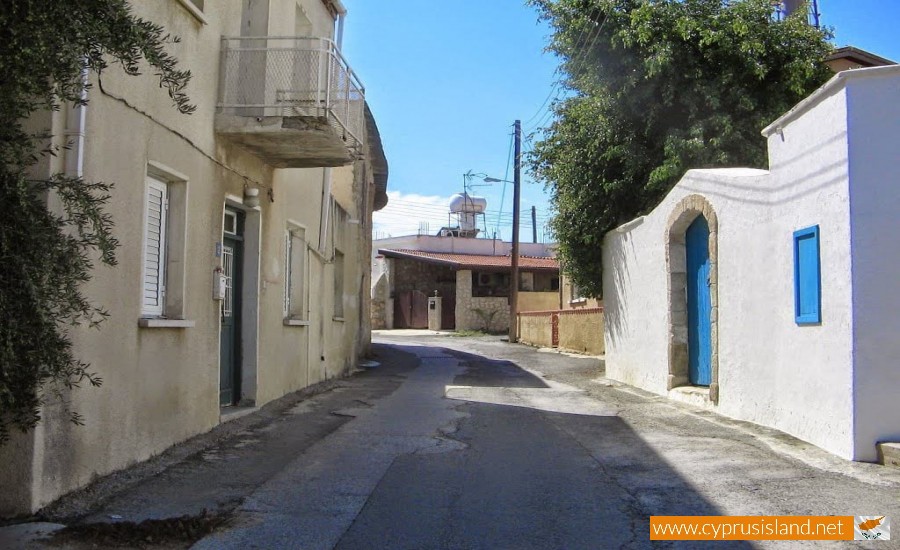 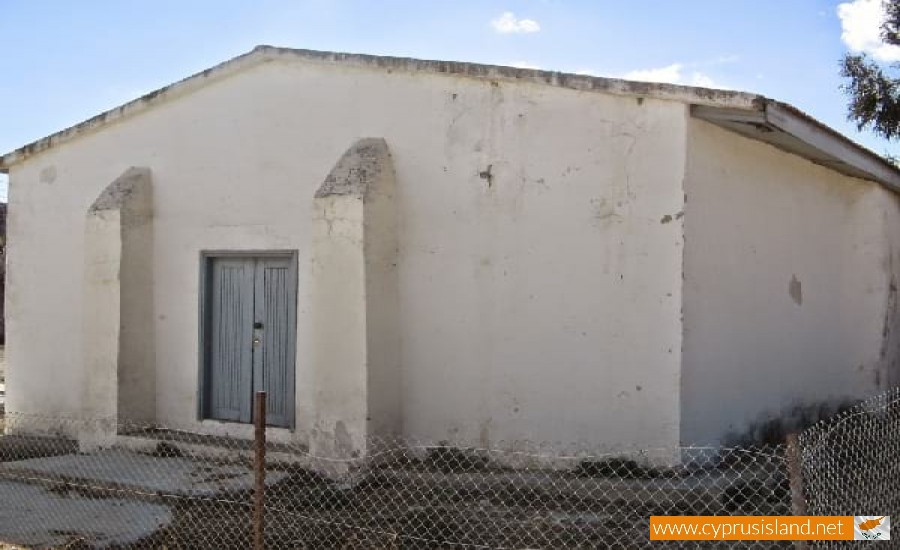