Choletria village is a village in the Paphos District of Cyprus, located 10 km north of Kouklia very close to the beautiful dam of Asprokremmos.

In order to get to the village you will have to begin from the roundabout of Konia and follow the direction to Limassol. At a distance of 3 kilometres turn left to Nikoklia and then again to Choletria. The duration from Paphos to Choletria is about 30 minutes.

The village is located 22 kilometres east of the Paphos district and is built at an altitude of 150 metres, receiving an average rainfall of about 480 cm. In the area vines, wheat, olives, carob trees and citrus trees are cultivated. Choletria is connected to the west with the villages Nata, Anarita, to the south with Nikoklia and Timi, and to the north with Stavrokonnou and Kelokedara.

According to tradition, the village had a history of about 500 years. The first area in which Choletria was founded is the location of Agia Irene which is very close to the village today.in this area there are the ruins of a church, some houses and an olive mill. The reason Agia Irene was abandoned was because it was located at an altitude opposite the sea which was a disadvantage for that time. The Sarakinians and others who raided the island could find it easily and attack them.

The residents then were forced to move for safety to another area called “palio chorio” which means old village. It was located in a valley and they were protected by the surrounding mountains, with plenty of water and fruitful ground areas. As the village was built at the bottom of the two mountains and the side of the river Xeros , it looked like a great big choletra (gutter) due to the shape of the ground. Because of this shape it is believed that the village then received the name Choletria.

The first residents of the village were farmers and then slowly they began to deal with agriculture as well.

On the 10th of September 1953, a powerful earthquake hit the town of Paphos, which resulted in many village being destroyed. Amongst these villages were also Choletria which had many damages.  Even though the residents tried to move the village to another area the colonel government did not show any interest. There were some repairs made on houses which were damaged, and some sheds in place of the houses which were destroyed. This however slowly resulted in the abandonment of the community.

In 1967 the winter was heavy. The constant rainfall created some landslides which were very dangerous for the villagers. The winter of 1968-69 was also heavy and the situation became even worse. There were many cases in which houses were destroyed due to the landslides, therefore the village had to be relocated to another area. The village residents pressured the government and whoever else could give a solution to the problem they were facing. They had to eventually ask the president of Cyprus, Archbishop Makarios who promised to relocate the village.

The relocation of Choletria began on the 10th of March in 1971. They were stopped though during the sad July of 1974 and began on the 19th of August in 1974. The relocation continued until the 11th of January 1975 when the first family moved to the new village. On the 17th of July 1975 the new village received electric power and during the same year all families had relocated.

Choletria offers visitors a unique beauty during all seasons of the year. In spring the whole village area smells of wild flowers, in the summer the golden area with the cut wheat fields give it a different sort of beauty, in autumn the cool breeze give a note of peace and tranquillity, while in the winter Troodos is filled with snow and the mist which is everywhere gives another taste of the beautiful Cypriot view.

In the older Choletria village, the church was built near the river with quite a long distance to the community. After the earthquake in 1953, the church had some serious damages to it. It was estimated that the repairs would cost about one thousand pounds, a huge amount of money for that time.

After the recommendation of the Mitropoliti of Paphos Fotios , the residents of the village decided to construct a new church in the community centre. On the 20th of July the new church operated for the first time, and was built with an anti-seismic way.  Unfortunately with the passing of time , the church proved that is wasn’t constructed as originally thought , which resulted in big cracks and the rain water could get into the temple. On the 25th of December 1974 the Church falls apart and ruins everything in the temple.

In 1984 the new church in Choletria is built which is dedicated to Agio Panteleimona and is a true jewel for the community as it is located in the highest point of the village and can be seen for far away. 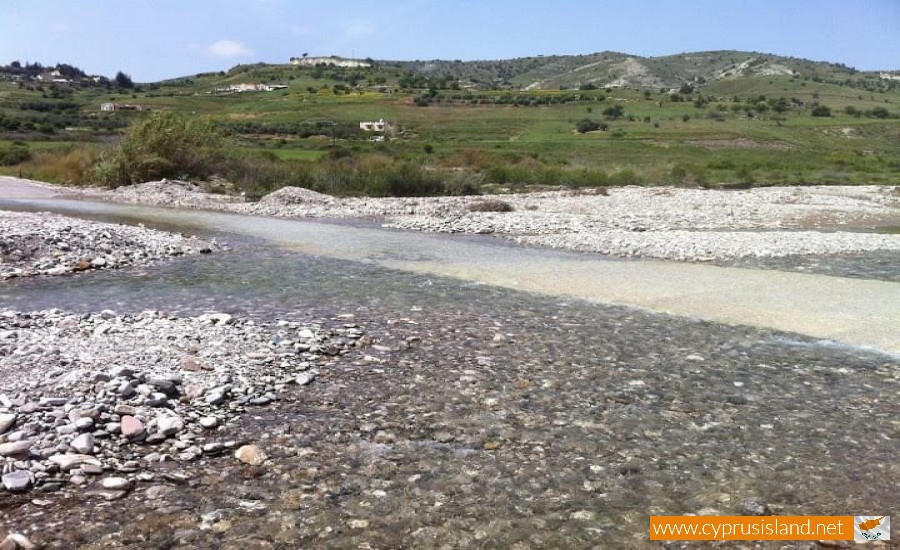 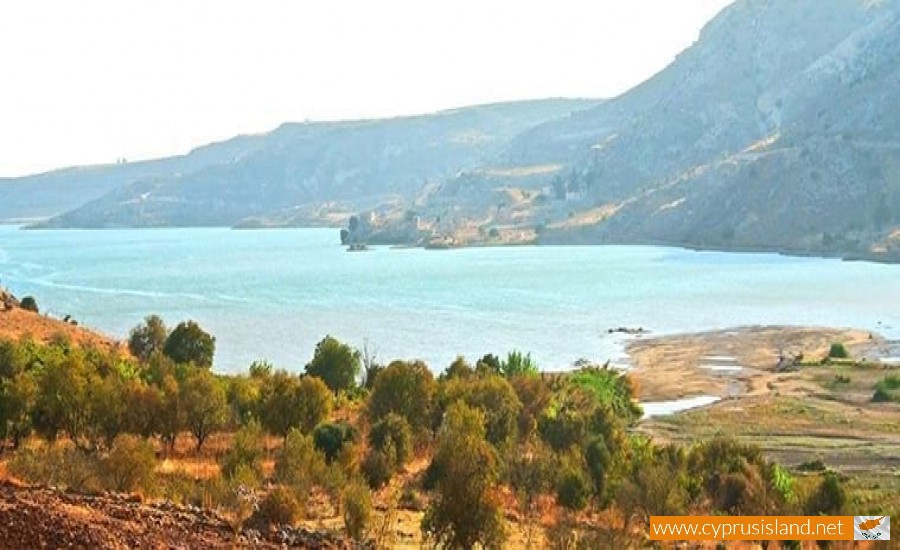 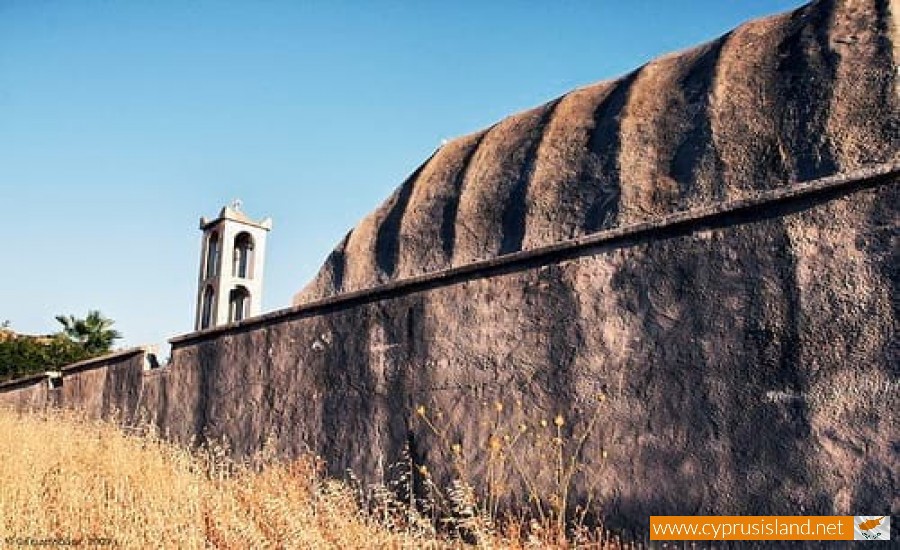