Drinia/Thrinia Village is situated in the Paphos district and belongs to the geographical region of the wine villages of Limassol – Paphos. It is built about 25 kilometres from the town of Paphos at an altitude of 552 metres above the sea level. The location is divided by the Krya Vrysi River , Kalamion River, Avlaka River, Koukkoufon River, Chalasmeno River and Kamboura River.

The village has an annual rainfall of 638 mm and the main crops in the area the vineyards, wheat and pastoral plants. A few lentils and almond trees are also grown in the area. Livestock in the village is limited.

The village also produces wonderful textiles with vivid colours and designs, the known Fythkiotika from the name of the nearby village Fyti.

It is believed that the number of residents 553 which was given during the first population inventory in 1881 was wrong, and that the village never had such a large number of residents. Besides, during the first inventory it is mentioned that the inhabited houses of the village were 184 residents, who lived in 47 houses, while the inhabited houses were 2. Therefore, there are about 75 houses in the village, which seem to have disappeared within 10 years without leaving a trace and without being an increase. On the contrary, there is a decrease of the uninhabited houses. The number of 153 instead of 553 residents for 1881 seems to be more logical. It is mentioned that the village had 553 residents 1881 and this was the fourth largest village in population in the Paphos district. Ten years later in 1891, the residents of Drinia were 184, who increased to 227 in 1901 and to 241 in 1911. In 1921, they decreased to 219 and to 198 in 1931. Later on an increase occurred again: in 1946 the village only had 240 residents , which decreased to 208 in 1960. The decreased continued and the number of residents dropped to 1973 in 162, to 156 in 1976 and to 116 in 1982. During the last inventory which took place in 2001, the residents of the community were 63.

The community which originally had developed around the Agiou Georgiou Church, slowly began to extend following the roads towards the north and west, which link Drinia with the Lasa – Agiou Dimitrianou Road.

The church of the village dedicated to Agios Georgios, was built in 1755 and was restored in 1842. Some of its architectural parts possibly existed from an older building.

The village is also mentioned by Mas Latsi with the name of Thrinia. However, many other link its name with the name of a nearby village called Drymou and consider that it comes from the word drimi meaning small forest with oak trees. 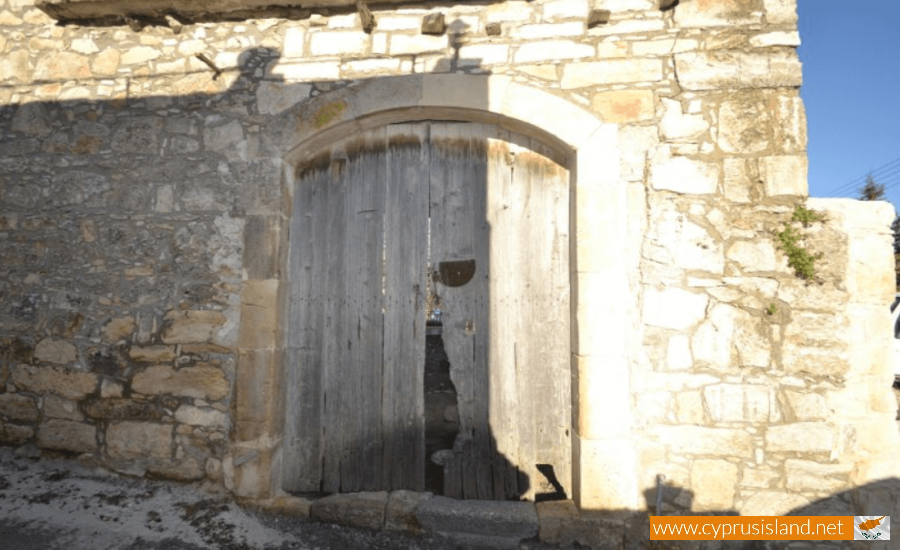 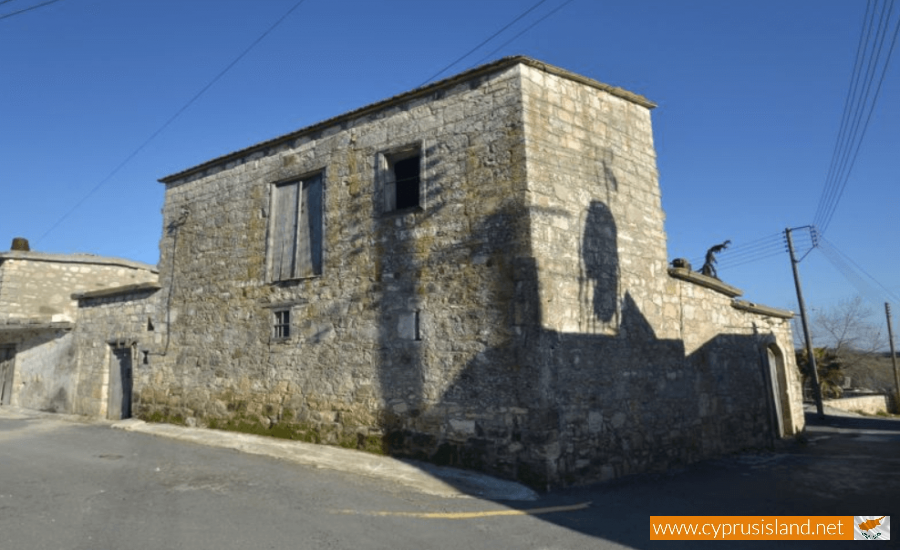 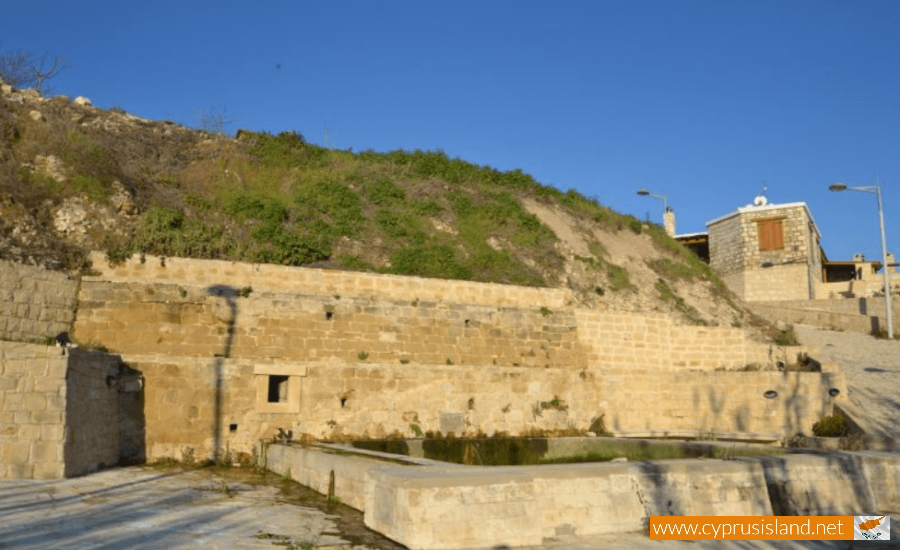 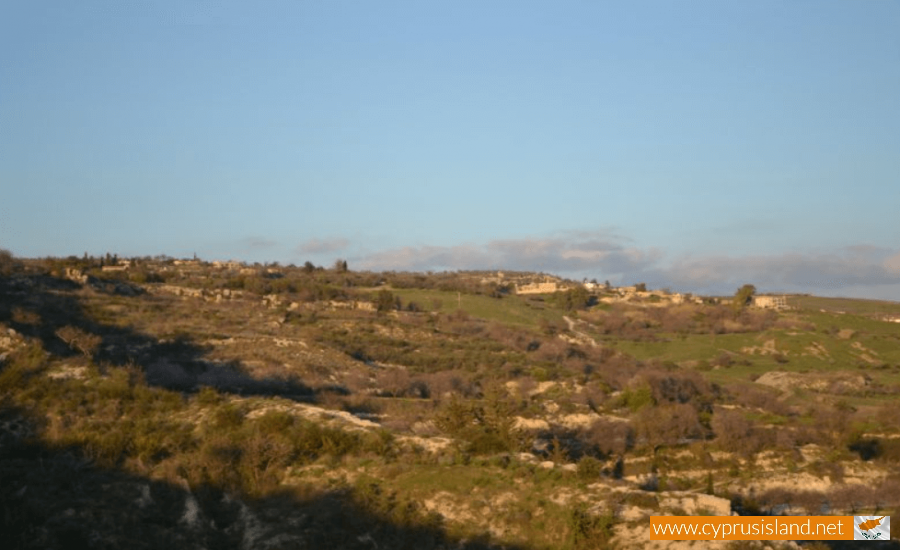