The Kakopetria Watermills are located in the village of Kakopetria in the Nicosia district. The abundant water in the Karkoti and Garilli Rivers, gave the impetus for the construction of the water mills.

The watermills of Kakoeptria were “Mylos tis Gonias” and “Mylos tou Hadjistavrinou”. The “Mylos tis Gonias” watermill was built above the central road, on the left bank of the Agiou Nikolaou River, a smaller river derived from the Karkotis River. The “Mylos tou Hadjistavrinou” was near the bridge on the main road, in between the triangle formed by the rivers.

The mills, undertook the job of grinding the wheat and the barley, turning it into flour. The mills operated without stopping during the summer months as well as during periods in which there was no water in the rivers of the neighbouring villages.

What is especially impressive, is the presence of the villagers from other neighbouring villages. It is said that residents from all over the island, such as Mesaoria, Pitsilia, Ambelochoria and even from Paphos arrived at the Kakopetria Mills. The waiting period for the foreign residents was three to five days for their turn.

It is mentioned that each villager had to provide a grinder right, a levy to the mill for the service concession, which was one hundred dramia for each kilo of wheat. It is also mentioned that the miller was paid by the client either in money or in other kinds of payment.

After the operation of the “Mylos tis Gonias” stopped, it had better luck that the “Mylos tou Hadjistavrinou”. The latter was demolished, in comparison to the former one which was renovated in 1980. Today the mill is used for tourists by its new owner.

The renovation of the mill into its original form, allows us the ability to see the way the mills operates. In particular, anyone who enters the mill is deeply impressed. There is a large square wooden vessel which becomes narrow towards the bottom. The wheat, the cereal and the barley was placed in the wooden vessel and it ended in the middle of the two millstones. According to the lever which is placed on each millstone, the wheat was crushed into thin as well as thick grain.

There is a wooden axis in the millstones, which could also have been wooden. Water had to fall onto the shaft in order to operate. The water took its course in order to get into the groove, and later on the watermill, following a fall in the water well that was built on the side of the base of the wooden wheel. After this, the water would end in the axis and the millstones would operate.

After the description of the water mill operation, it is clear that Kakopetria used a holy gift, water. Therefore another side of the cultural, economic and social history of the area is revealed. 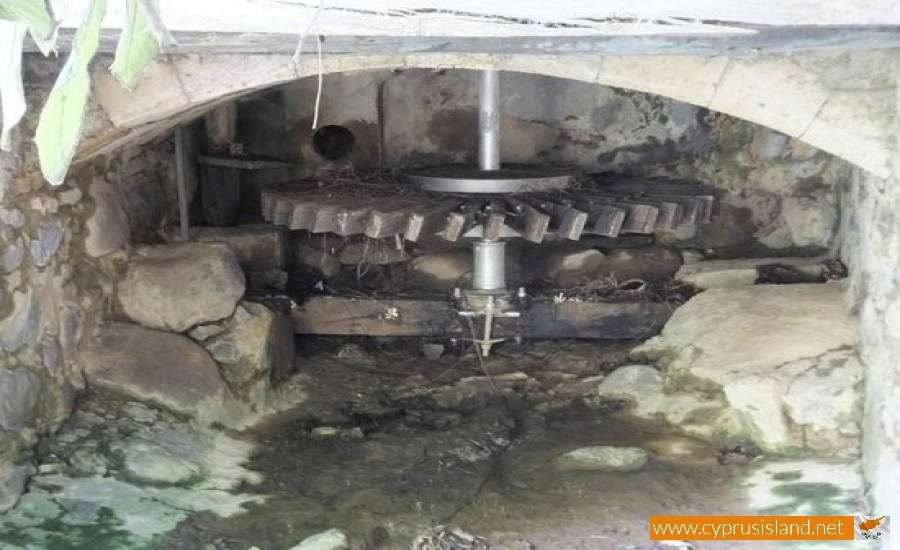 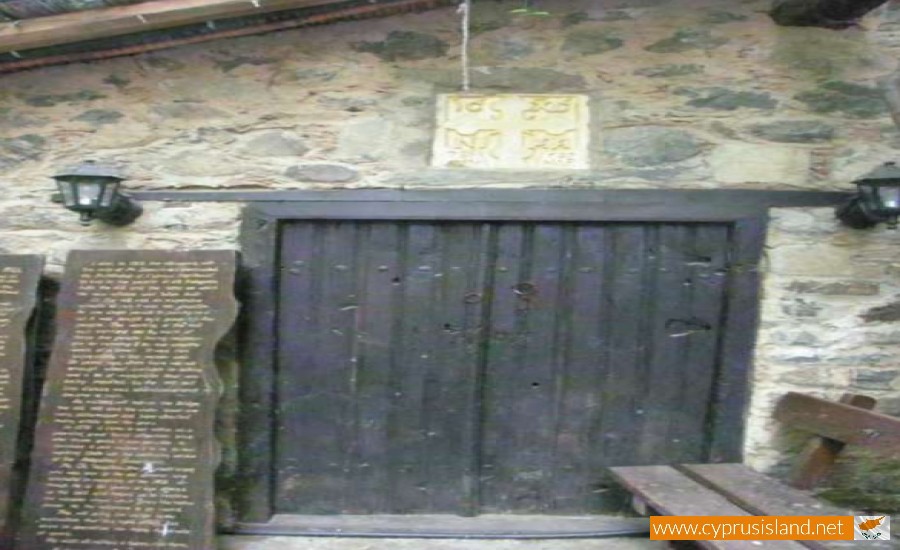 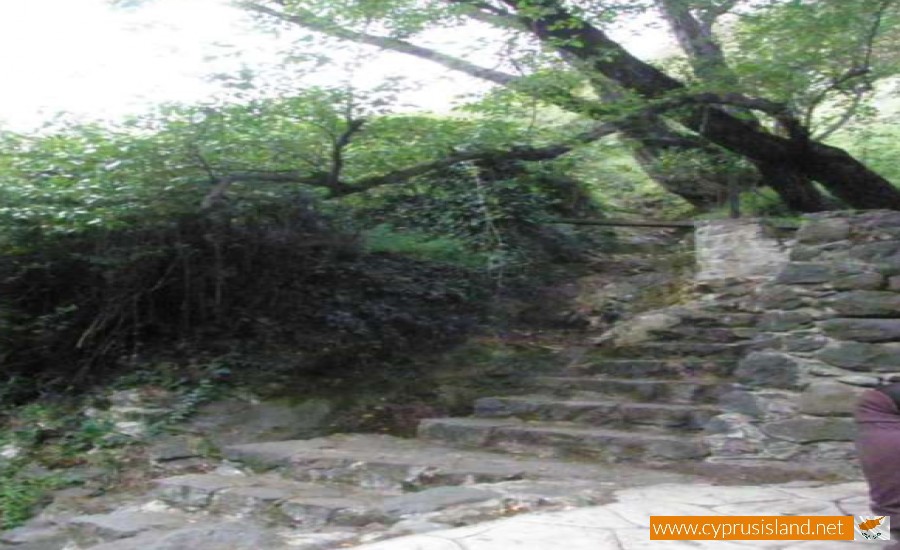 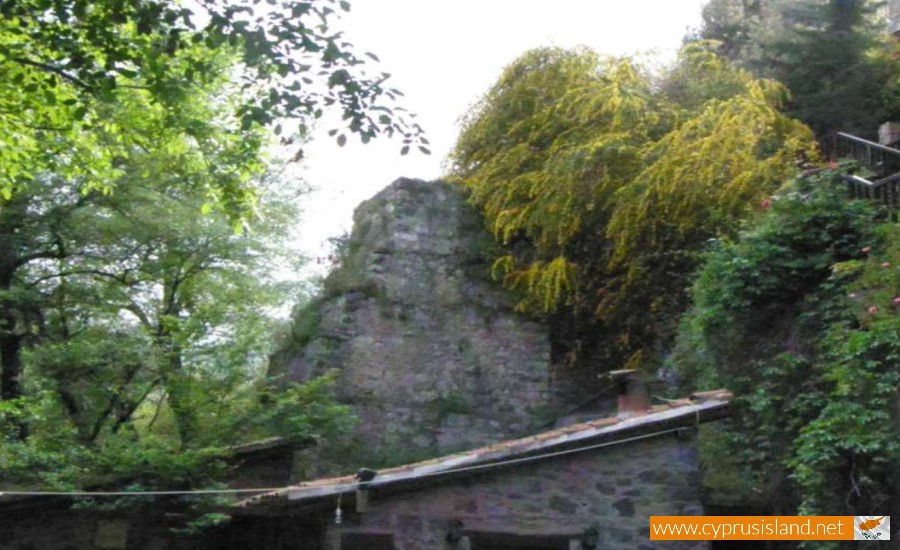