One of the most interesting discoveries in the west part of Ayia Napa, is the Makronissos Tomb area. Between November 1989 and January 1990, the Municipality of Ayia Napa financed intensive excavations of stone carved toms which were the aim of illegal excavations from 1872.

So far, nineteen tombs have been excavated as well as a small altar to the east of the tombs and a part of an ancient quarry next to the cemetery. Recent studies show that some of the tombs were damaged due to the continuous operation of the quarry.

The tombs are made up by a road with steps which leads downwards to towards a rectangular entrance. The entrances originally closed with a large plate or two smaller plates. Most of the chambers are identical. In all of them there is a rectangular excavation in the middle, slightly lower than the level of the road and three benches towards the side of the chamber.

The dead were placed in clay sarcophagus which were originally covered with three flat tiles. The tombs were used during the Hellenistic and the Roman period. The pyres which were found on the surface of the roads form proof of maintaining the Greek burial customs.

The alter is a simple squared room with irregular boulders. The few funeral gifts which were found during the excavations chronologically place the altar in the Cyproclassic and Hellenistic period. 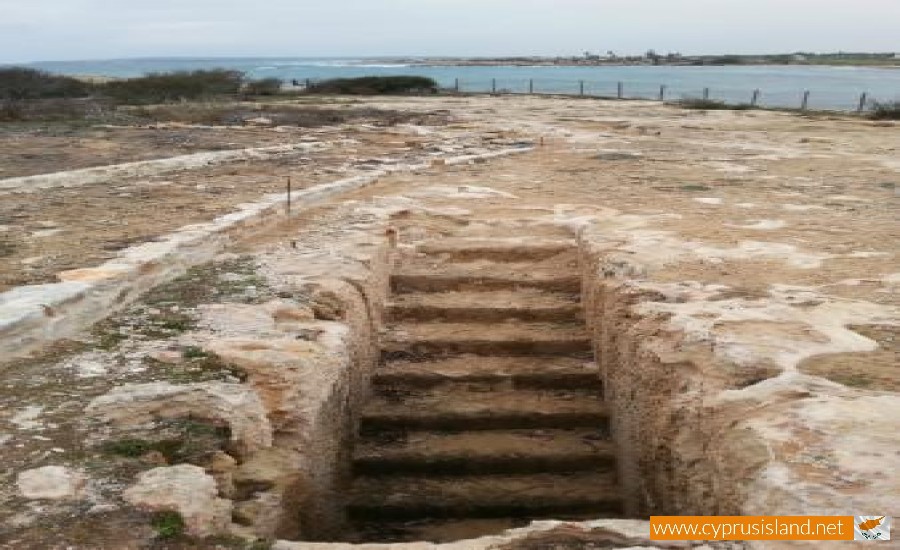 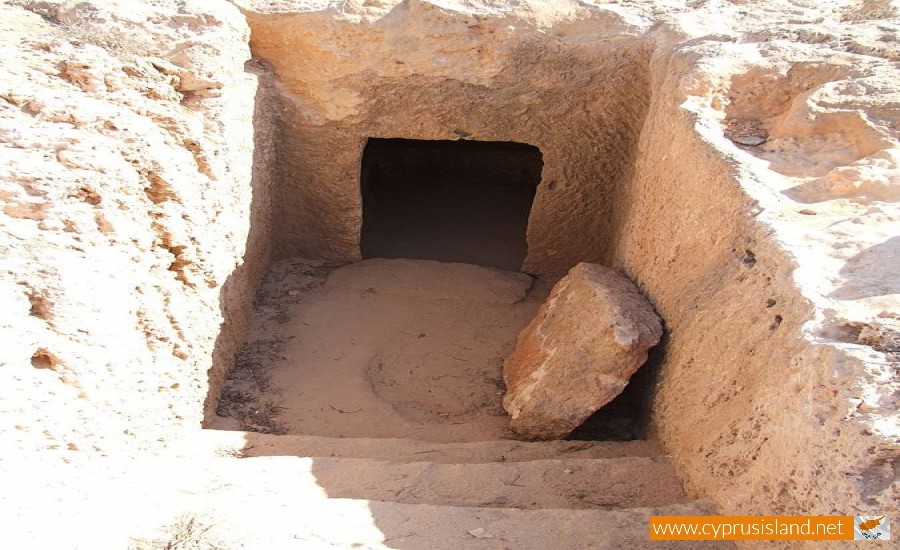 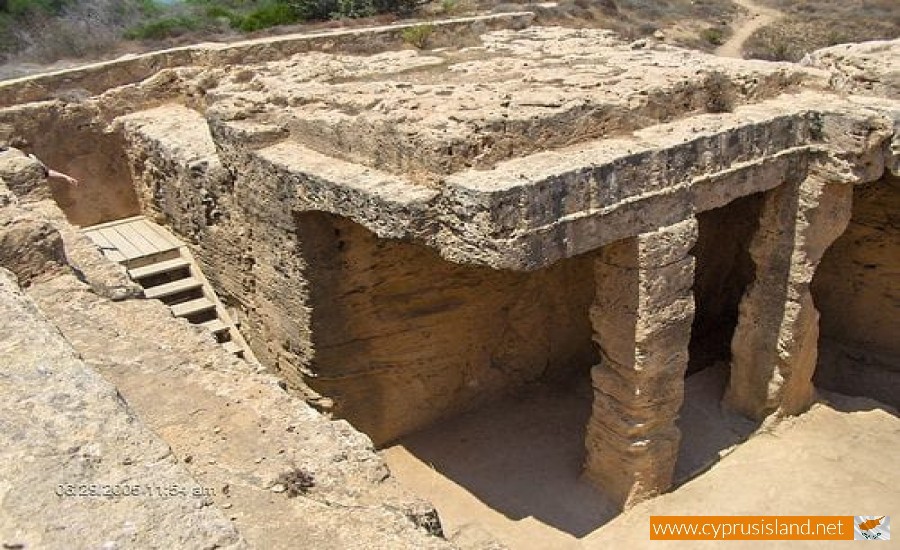 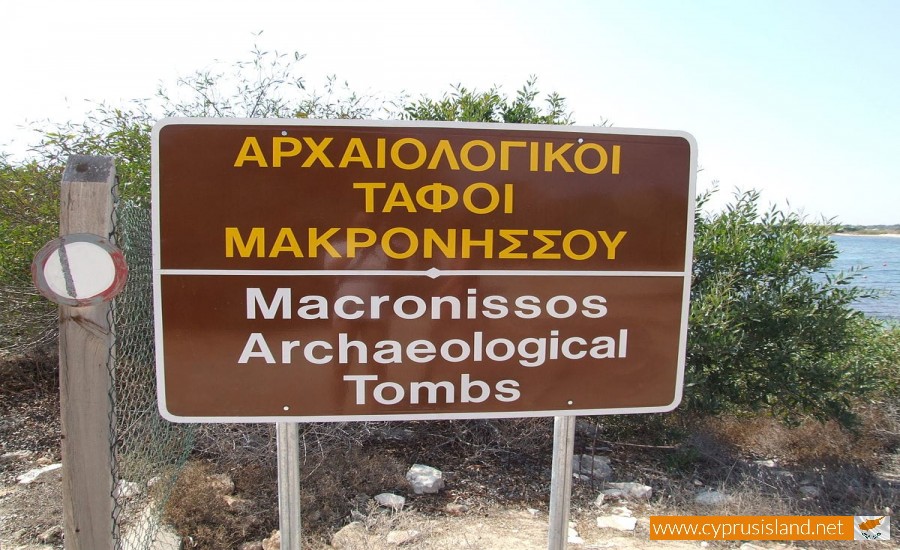 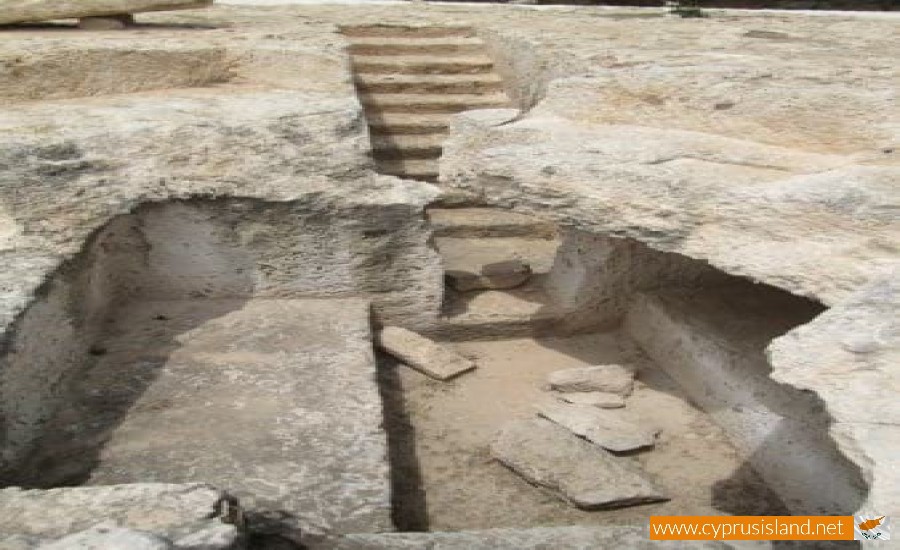