The Nissia Neolithic Settlement  is located south of the Vyzakia beach, in the area of Protaras. The settlement extends to the peak of a hill, with a rocky coast to the east, and a river to the northwest called Lombardi.

The geographical position of the settlement cannot be considered to be random, as it was not only based on the possibility of sea food m but mainly to the defensive and environmental abilities of the area.

The Lombardi River offered the residents drinkable water, while the fertile ground in the area gave them the ability to deal with agriculture. Also the dietary needs of the residents, were covered by agriculture, hunting and fishing.

As the findings have shown, deer hunting was also the basic source of meat for the residents of the settlement.

The Nissia archaeological settlement covers an extent of 3250 square metres, out of which 2750 square metres have been excavated by the Department of Antiquities.

During the excavations forty houses have been found along with a protective wall in the shape of a horse petal, which had two gates – main and south sides, as well as an important number of movable findings such as pots, tools etc.

The houses which have been uncovered have a square shape with rounded corners. All the houses are built at a level of 7 to 10 metres from the surface of the sea.

The new element which was found in all of the Neolithic Cyprus is the revelation of pebbled floors in the residencies.

The settlement is surrounded by a wall in the shape of a horseshoe in which the 27 of the 40 residencies are built in. The protective wall  forms a specimen of permanent residency in the area,  as well as an attempt for community organisation.

The particular settlement provided many and important findings such as vessels, stone figurines, knives and blades, mortars, necklaces from stone and deer bones. The particular findings represent the tools and the items which were used by the settlers in their everyday life , as well as their occupations such as miniature art and pottery, hunting and farming.

These excavations have been completed by the Department of Antiquities in 5 different excavation periods. Even though a small part of the area has not been excavated, the area has provided precious and unique information for one of the most important periods of Cypriot prehistory. 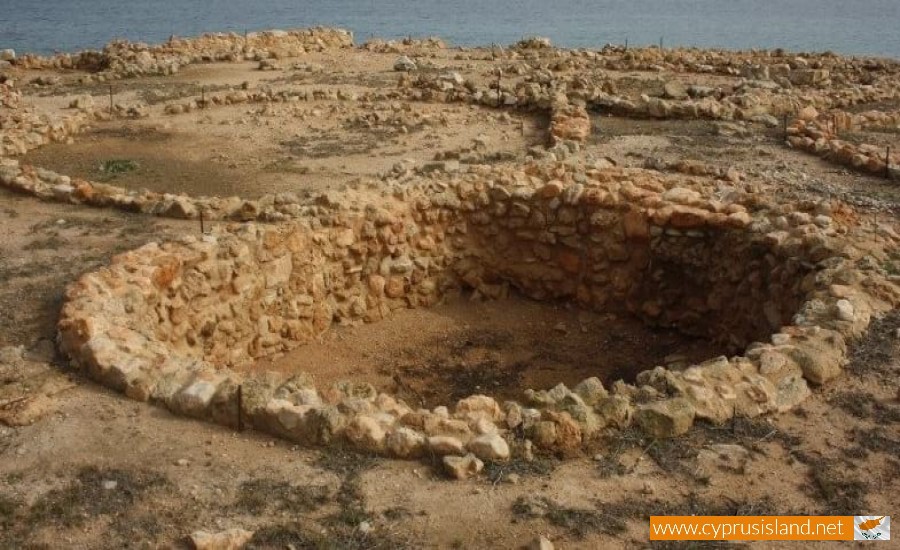 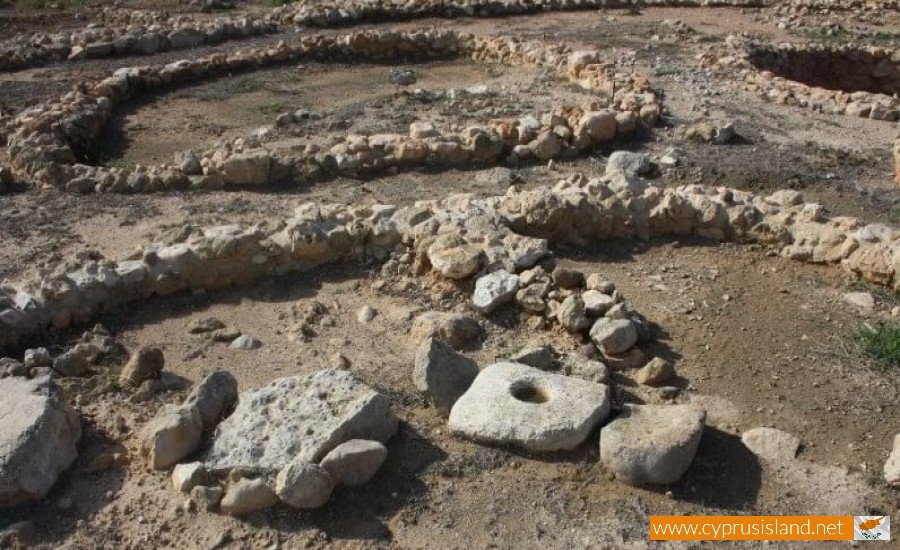 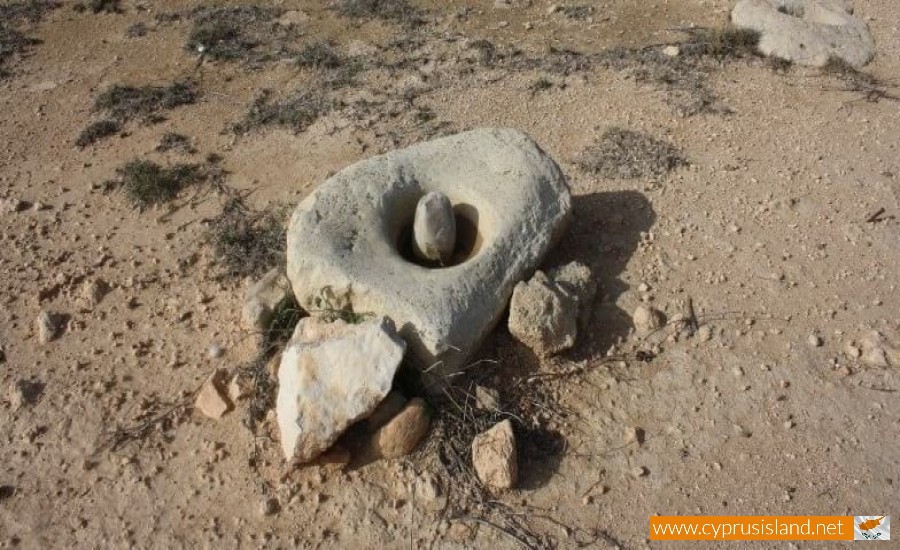