The chapel of Agios Nektarios is located in Kalavasos village in the Larnaca district at the location of Agiou Kalogirou.

The church is located north of the village at a distance of two and half kilometres outside the village. It is small and simple and it can accommodate fifteen guests.

Tradition takes us back a few years and recounts how in the same exact position there was a cave and on top of the cave there was the chapel of Agiou Kalogirou.

With the passing of time, this chapel was destroyed and in its place the chapel of Agiou Nektariou was built in 1970. It was built with the economical contribution of a resident of the community who wanted to complete his offering towards the saint as his wife was healed by the saint.

The chapel is made of brick and whitewashed without a bell tower. It is made up of one room and it is an arched roof temple. Its courtyard is fenced by of a low wall and its floor is covered with cement.

The interior of the temple is completed with a simple wooden iconostasis at the central gate. To the right and left sides of the great gate there are three icons on each side which were painted at the Salamiou Monastery in 1987. 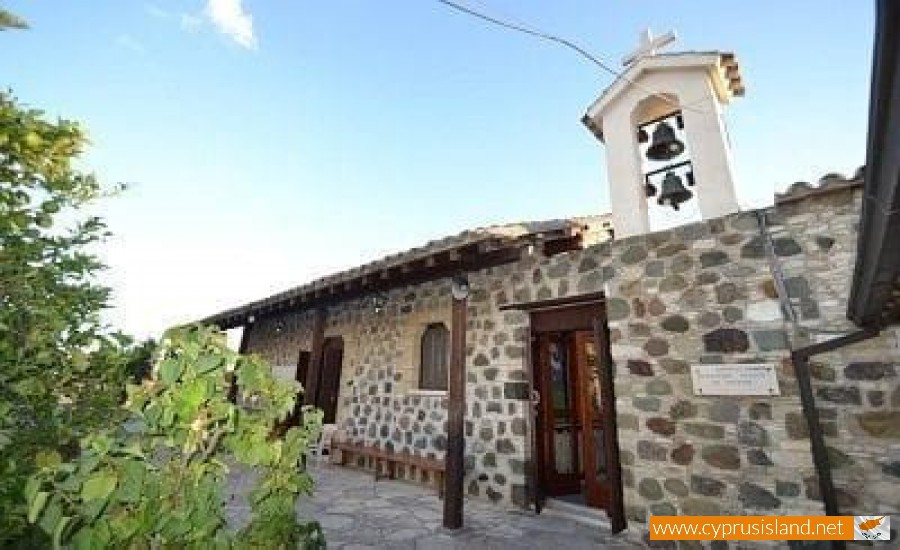 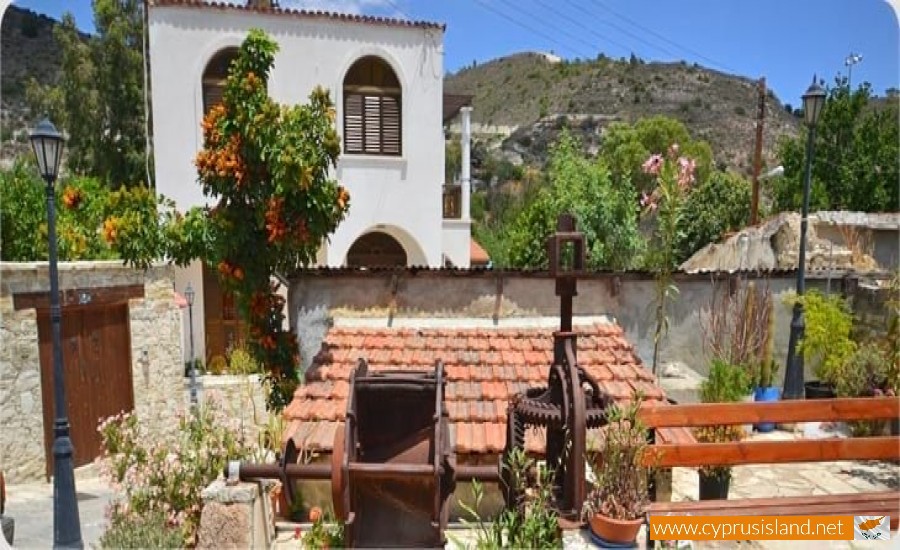 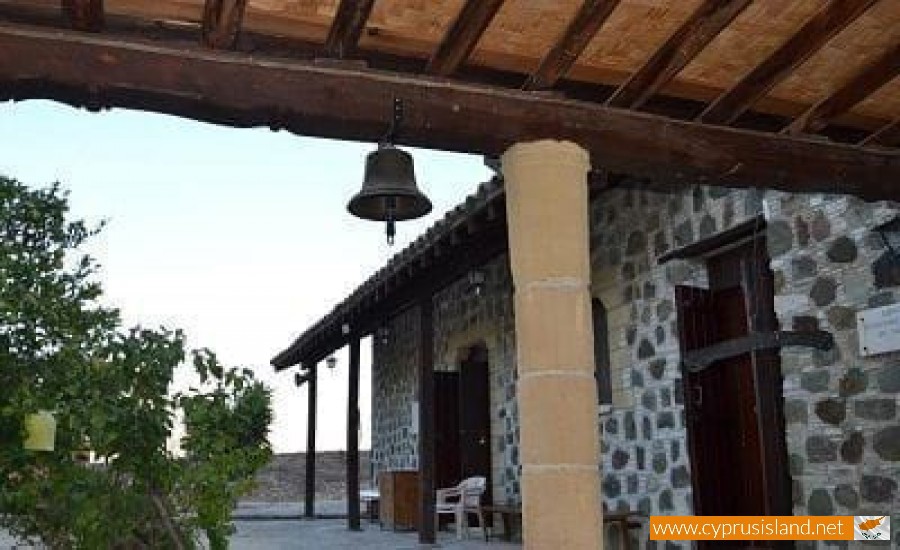