The Apostolou Andrea Russian Church is located in the village of Episkopeio in the Nicosia district. More specifically it is built in the courtyard space of the Holy Metropolis of Tamasou and Oreinis.

The church does not remind anyone of being in Cyprus but it actually is. It is the largest Russian church on the island and it is situated in a small village on its own. In the courtyard there is a canteen, a children’s playground with Cypriot products as well as icons for the visitors.

The temple has five domes, with the main dome weighing about 7 tonnes, while the other four forms weigh 5 tonnes combined. The domes arrived straight from Saint Petersburg and were put together on site.

The interior of the domes is made of titanium nitrid, a special mixture that is made for the Russian domes. Even though it has a gold colour, it is synthetic and can be maintained for many years.

The Russian temple is one of the largest in Cyprus and will be able to accommodate 400 people, while the amphitheatrically made courtyard has a capacity of 800 people.

The temple is the first one that will officially operate with the old calendar that the Russian Church follows, with the archimandrite Seraphim Garvikof who speaks both Russian and Greek.

One can easily understand that the cost of the construction was high, however nobody knows the exact amount. The man responsible for the project is the Russian multi-millionaire entrepreneur Viatsislav Zaregov, who stated that he wanted to construct the church so that the Russian speakers in Cyprus could have a spiritual house.  A mural inside the church presents the Russian Viatsislav Zaregov , as well as members of his family handing over the church to the Metropolite Isaia.

It must also be mentioned that Mr. Zaregov chose to employ a Greek Cypriot Construction Company, as well as Greek Cypriot architects, civil engineers, electricians plumbers etc. He stated that he preferred to choose workers from the Cypriot market during a crisis period. 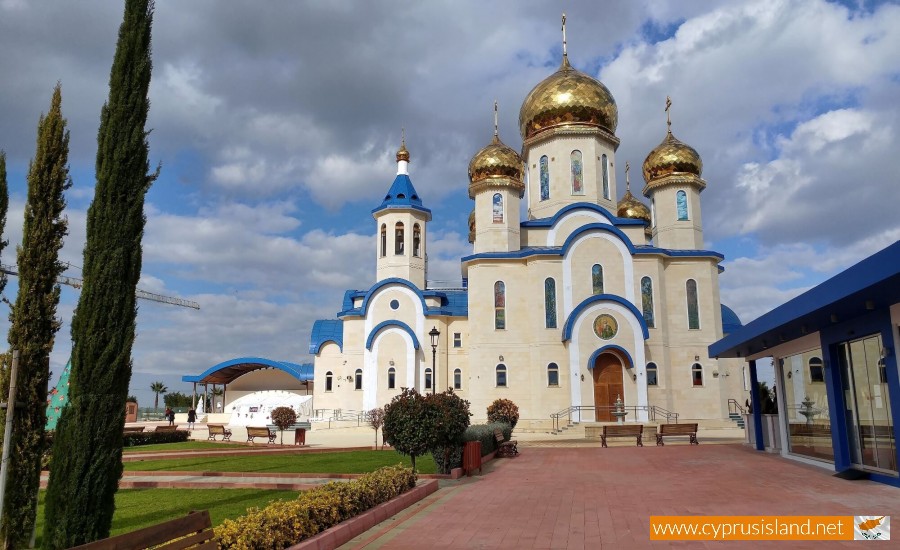 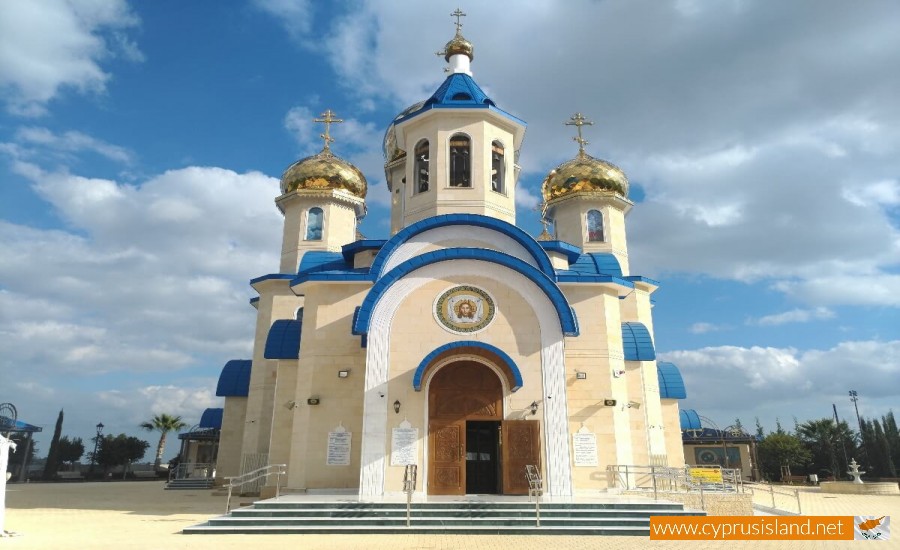 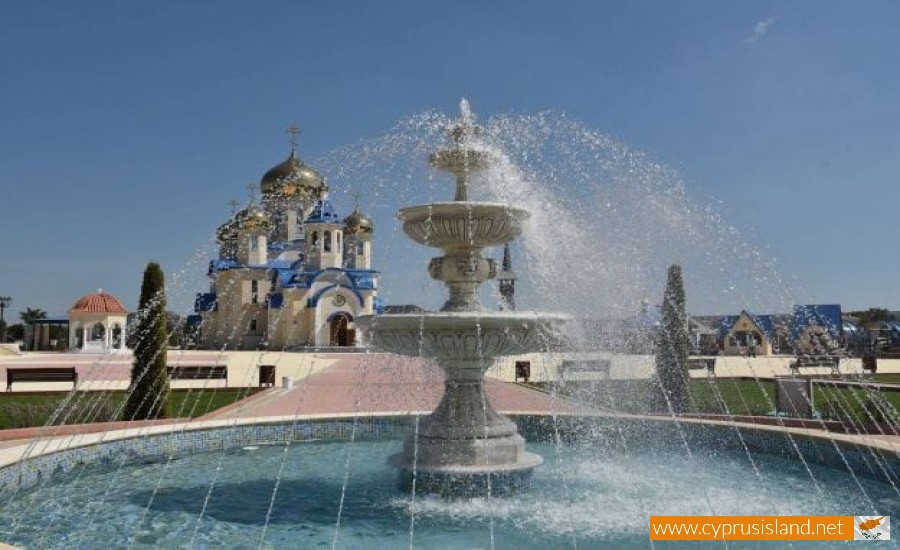 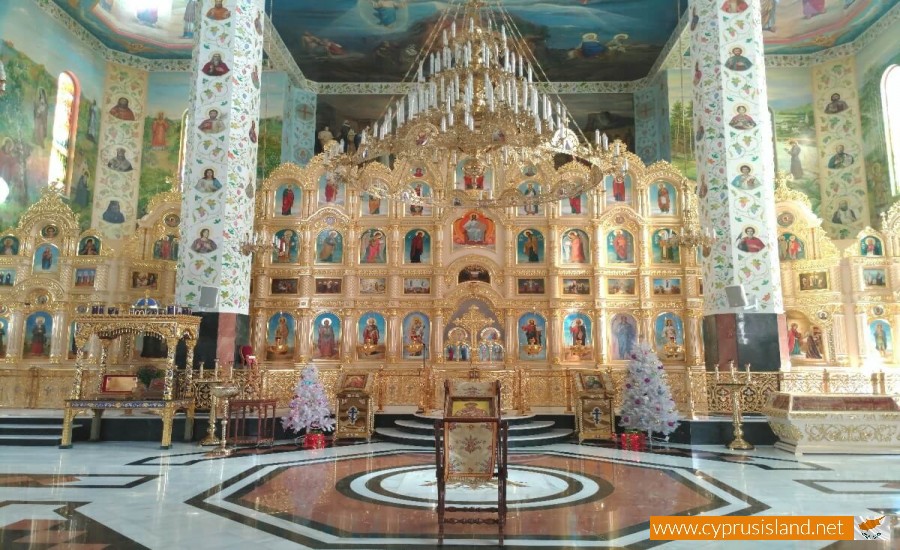 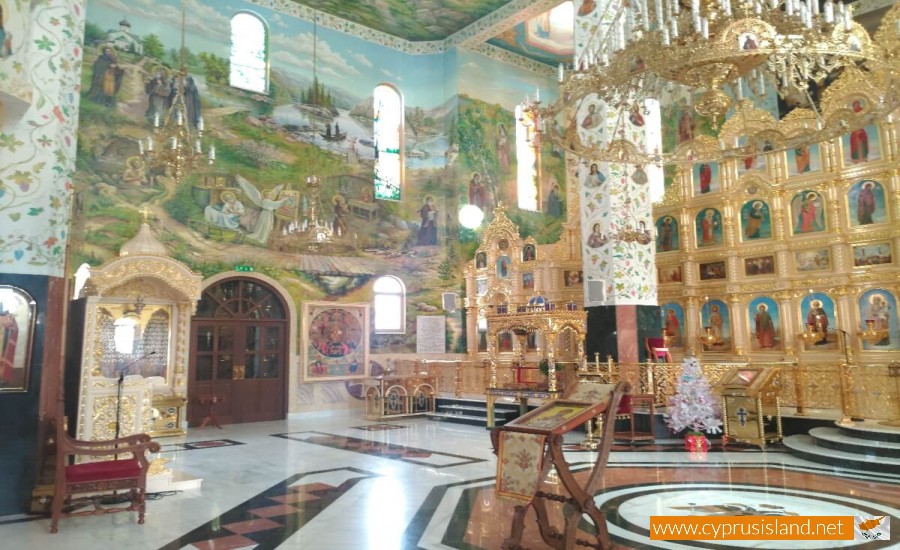 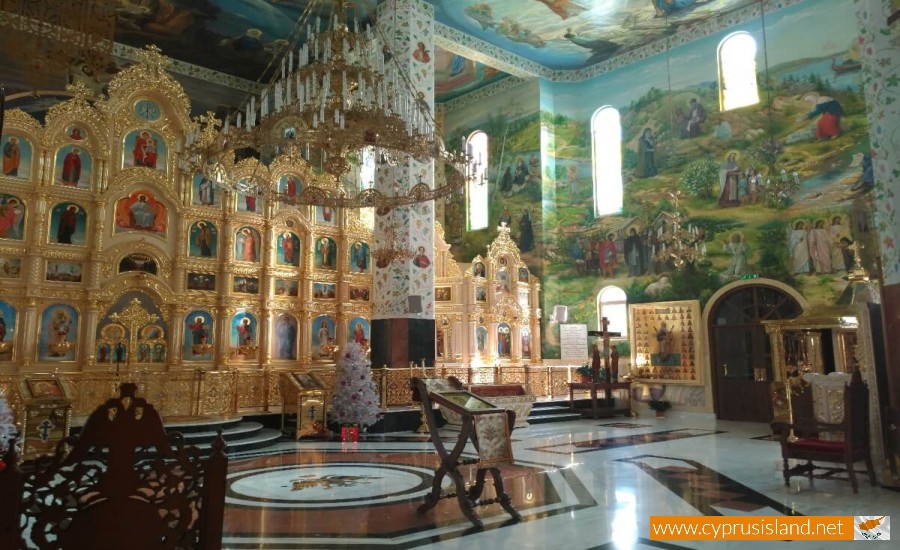 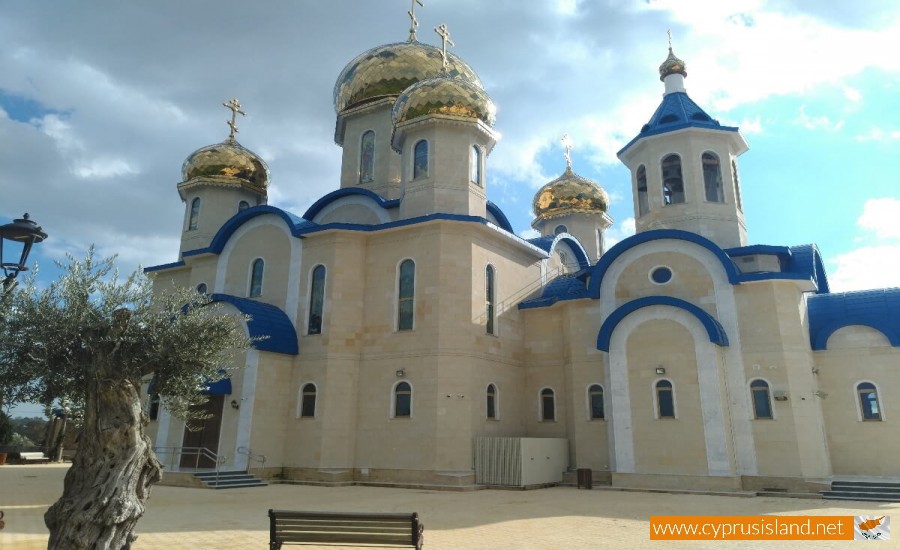 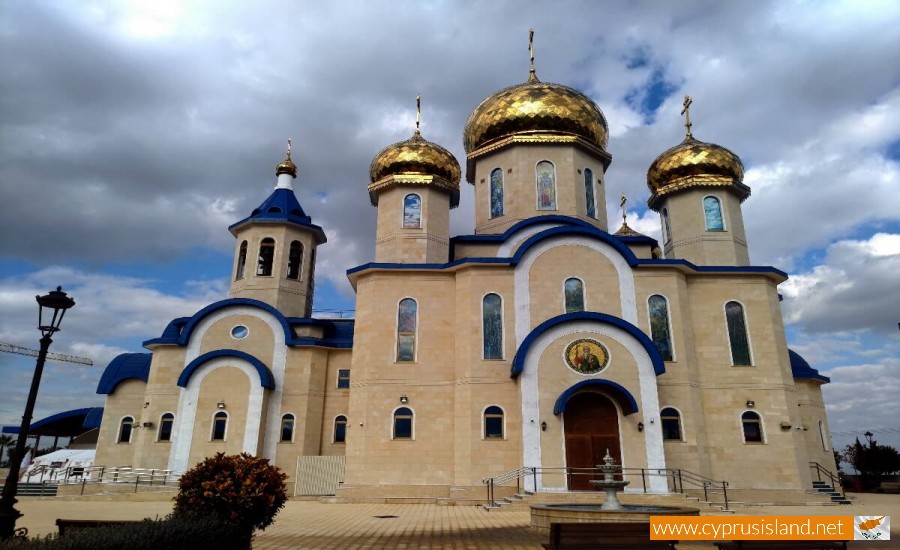 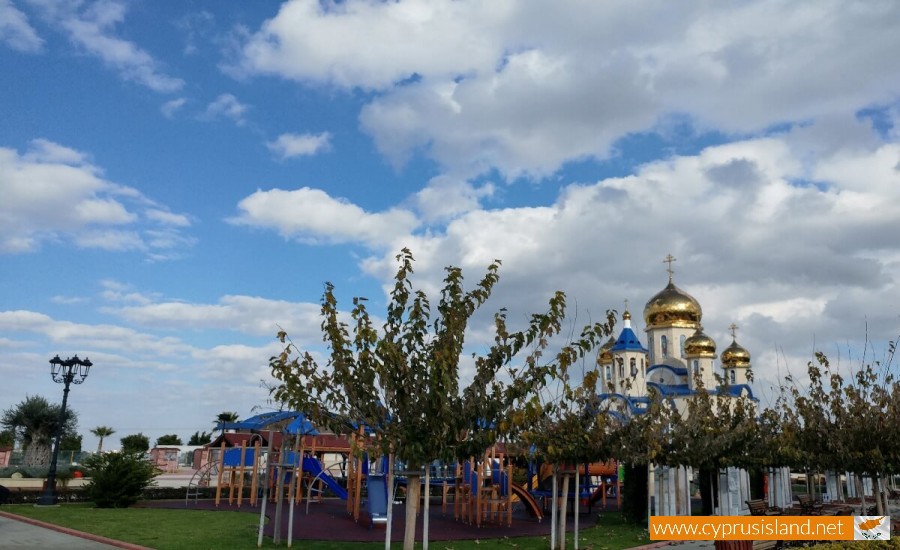 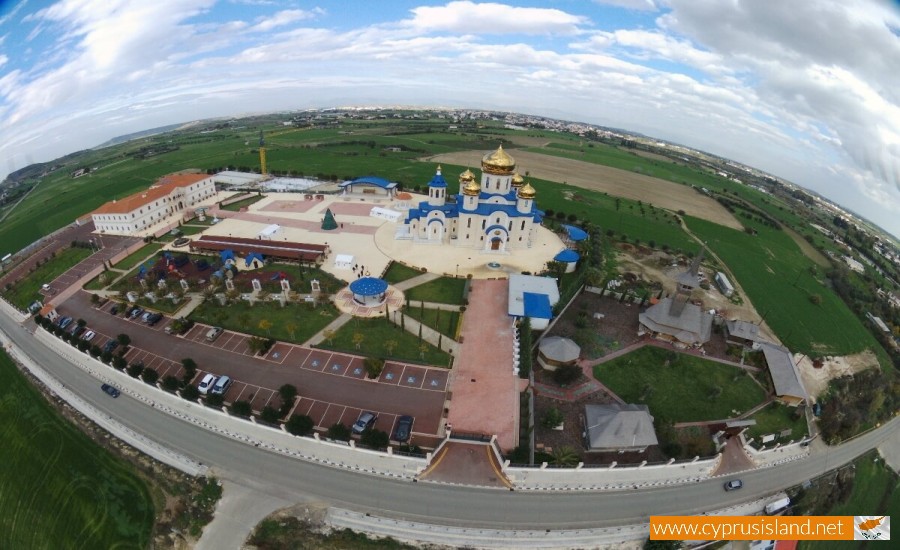 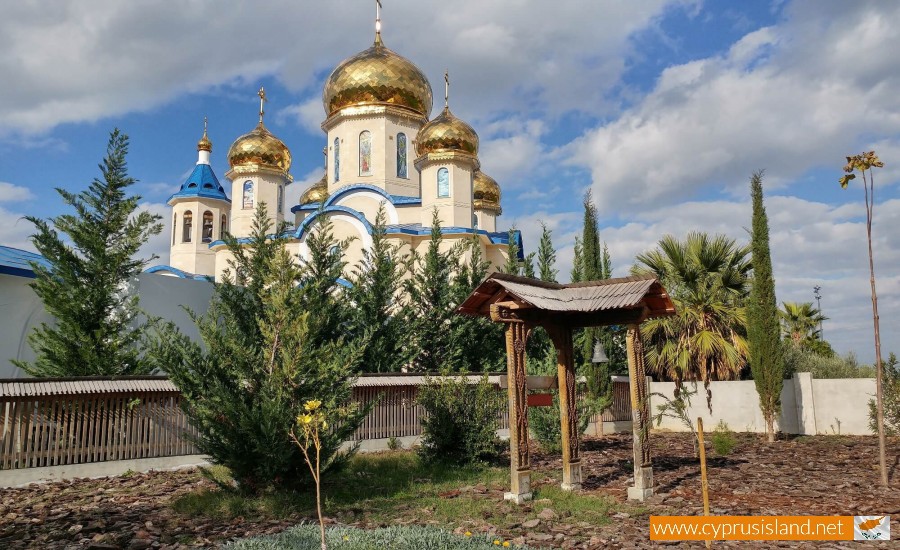 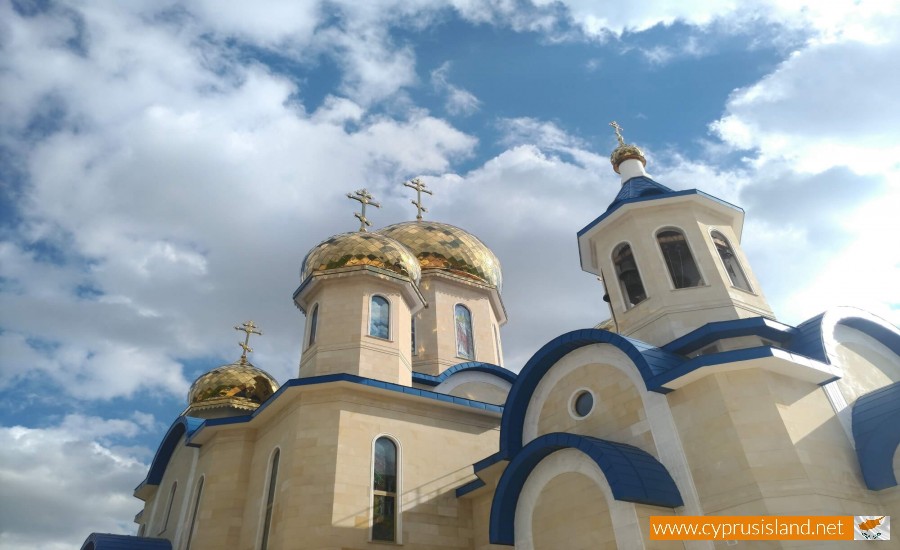 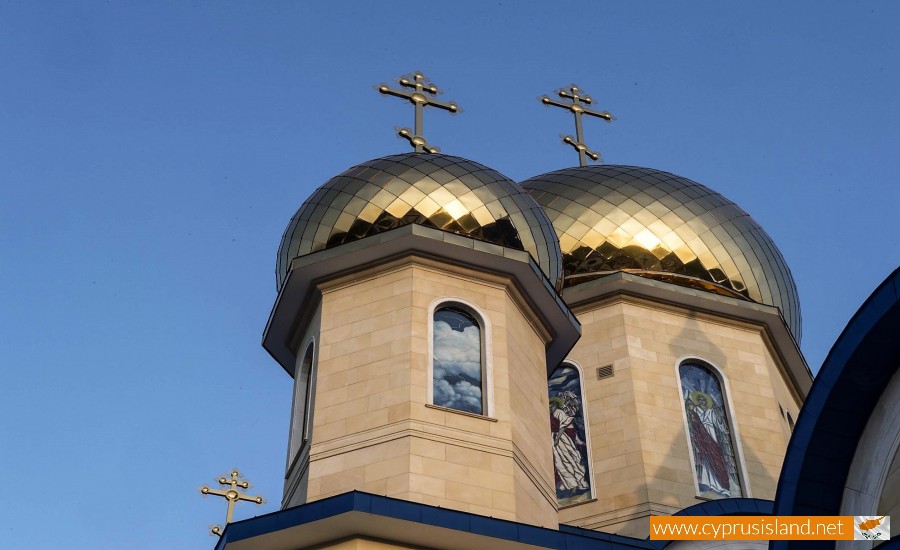 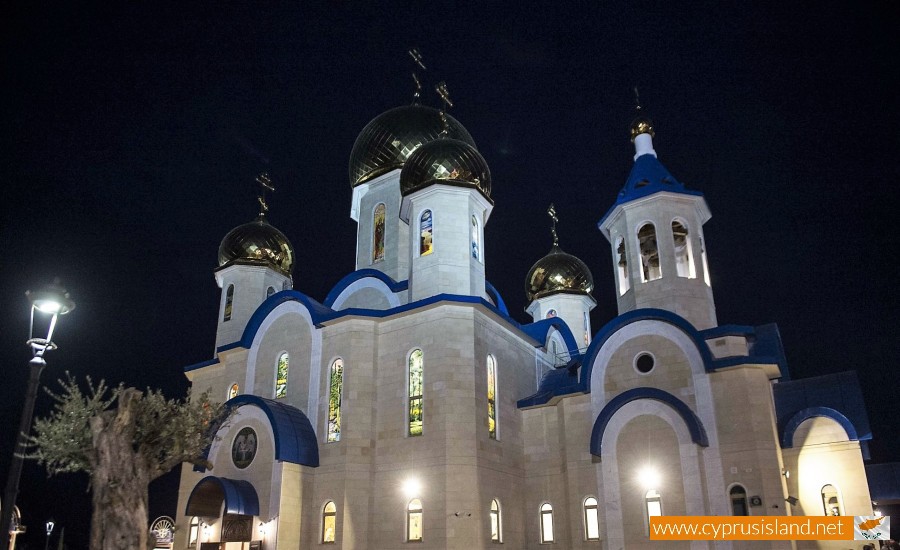