The Ayia Thekla Chapel is situated a few kilometres south of Sotira, at the borders between Ayia Napa and the village of Sotira in the Ammochostos district. More specifically the chapel is located south of the village, towards the beach. Many of the portable icons have been painted in the occupied monastery of Apostolos Varnavas near Salamina.

The church is white with blue stripes, doors and windows. The church also has a dome and a bellower. At the front and sides of the church there are also covered areas with four arches. There is also a Greek flag on top of the church.

The chapel is built at a seaside hill with the sea in the background. This attracts many couples, locals and tourists to choose this church for their weddings or christenings. The colours and the background make it the ideal place for celebrations.

There are many restaurants, entertainment areas and a long pathway for those who choose to go hiking. It is a church worth visiting. The chapel operates twice a year, once on the 24th of September in honour of the saint Ayia Thekla and once on Monday of the Holy Spirit.

A carved underground temple is also situated in the same space as the Ayia Thekla Chapel. It is possibly an ancient tomb which was later on transformed into a byzantine temple dedicated to Ayia Thekla. There are also ruins of a church of basilica architecture. In 1937, nuns had established at the chapel and built chambers around the temple, however the monastery did not operate for long. 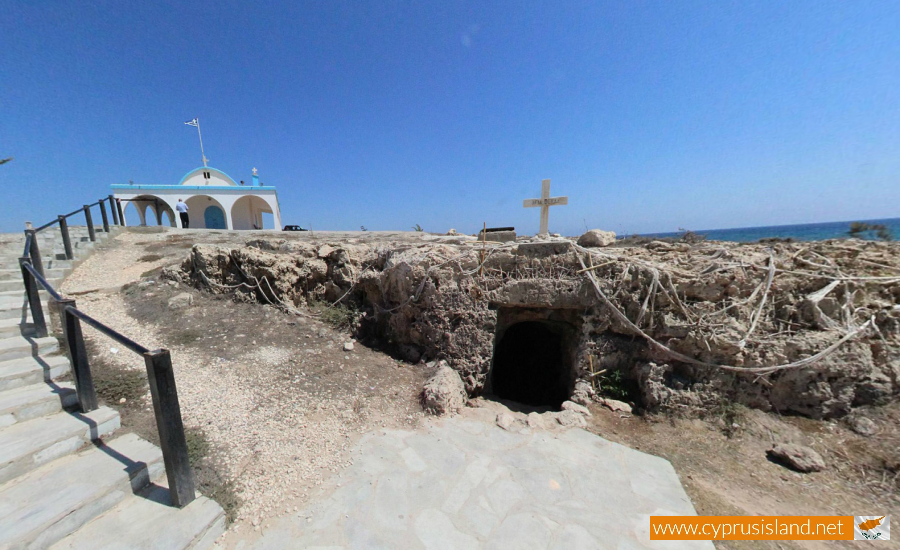 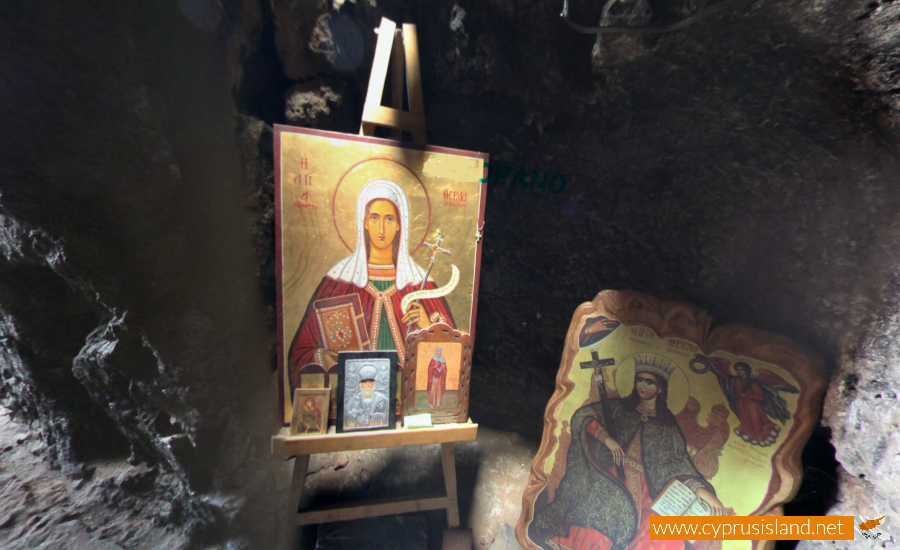 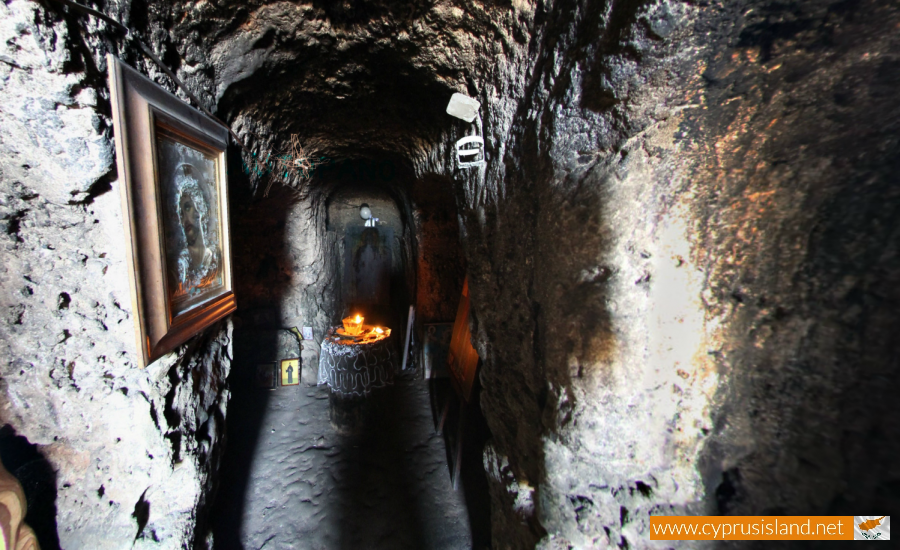 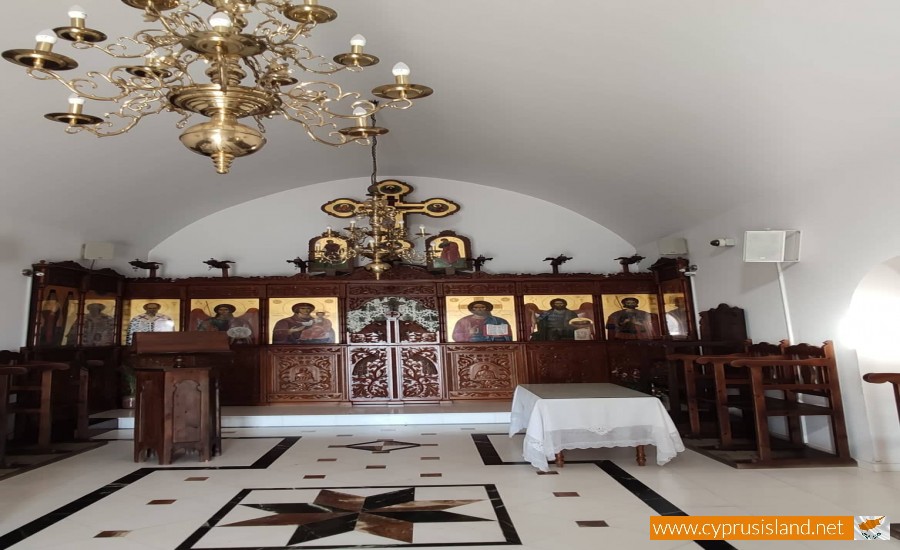 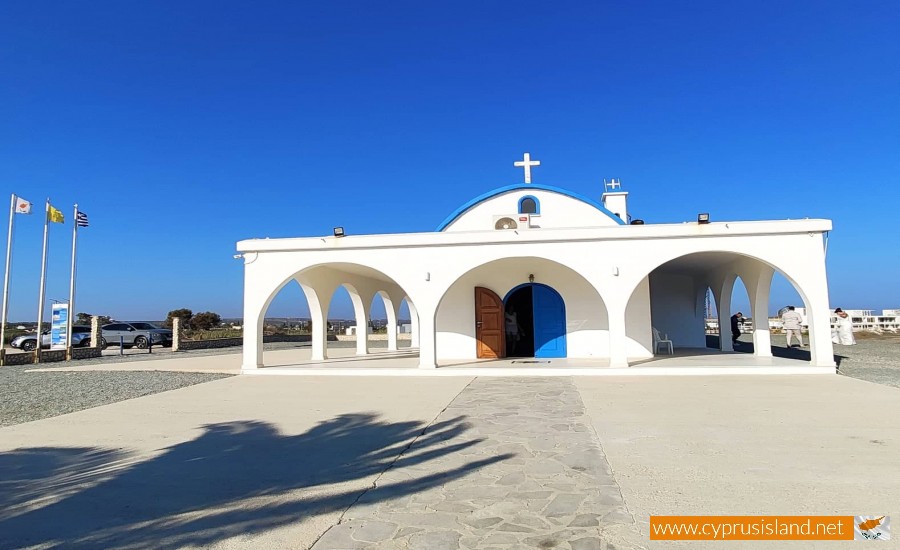 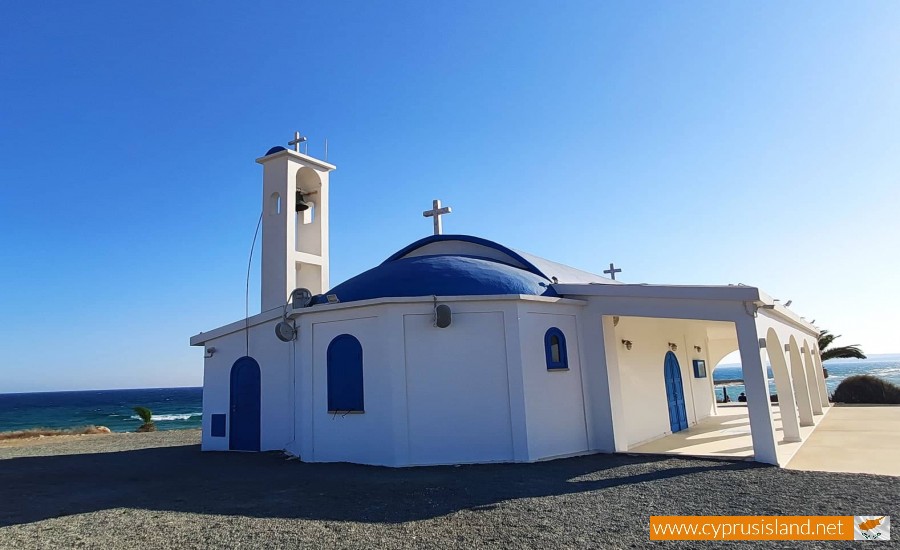 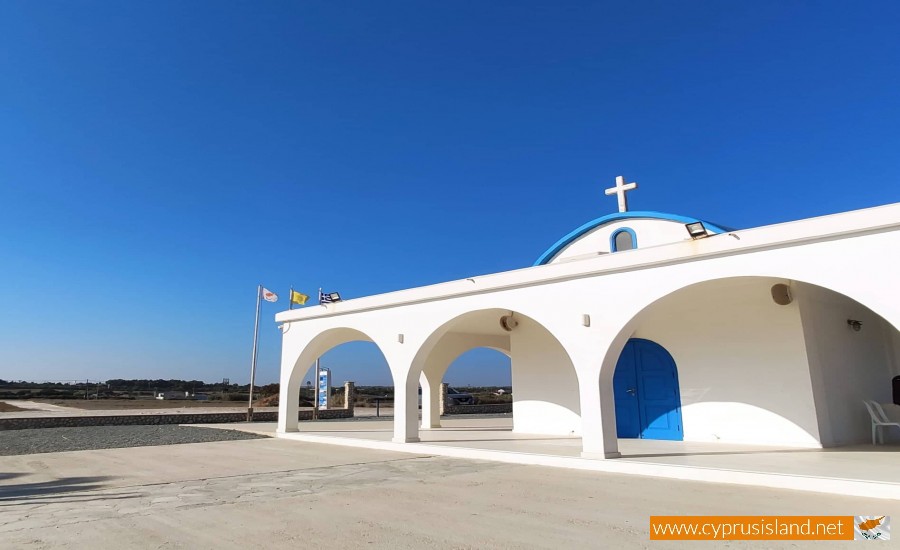 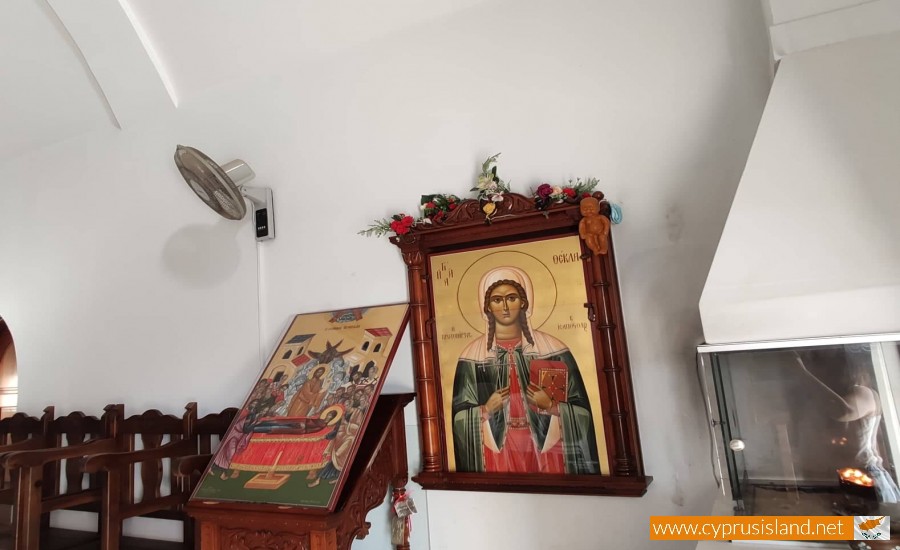 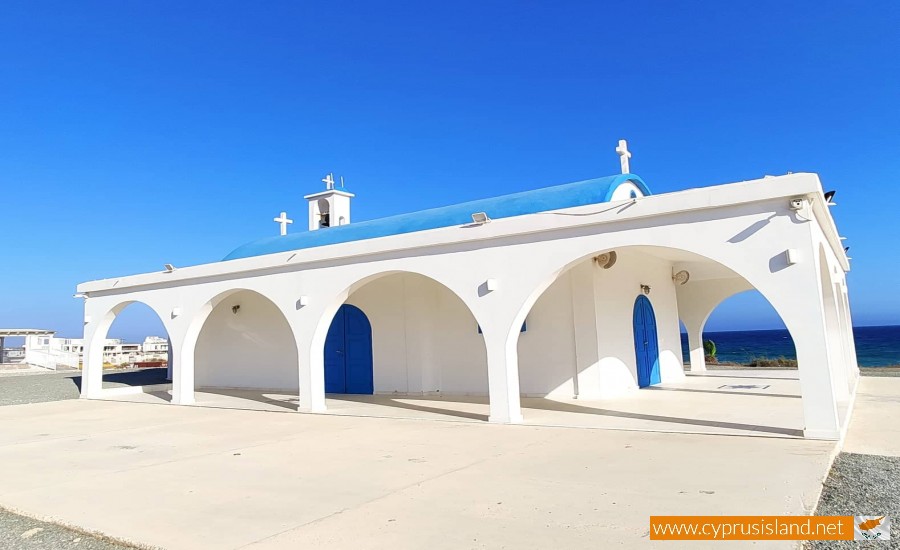