The Church of Apostles Peter and Paul is located at the northwest, between the traditional houses of the village of Argaka in the Paphos district.

According to tradition underneath the church, there was a cave where they buried babies. The apostles Peter and Paul were the doormen of heaven. The church which can be seen today was built on top of this cave, and was dedicated to the Apostles Peter and Paul. It is relatively large and can accommodate about 300 people.

The church is built with stone and painted white in the interior. The surrounding area of the church is quite big and paved. There is a memorial in dedication to the hero of the community, Dimitris Papamiltidadous who dies on the 3rd of March 1963, in the battle of Mouttallos in Paphos. The bell towel is located in the northwest side and is connected on the construction.

The interior of the church has many iconographies. On top of the altar there is the presentation of the Virgin Mary along with others of Saints towards the north and south part of the temple. On the south wall is the presentation with the Apostles Peter and Paul.

The iconostasis of the church is made from marble and is surrounded by five icons of saints. There are is another smaller one which has six smaller icons. Further up there is a third thinner one with twelve smaller icons of the twelve apostles. The icons which are in the temple are not very old, and are dated from 1958.  The Apostles Peter and Paul are celebrated on the 29th of June. 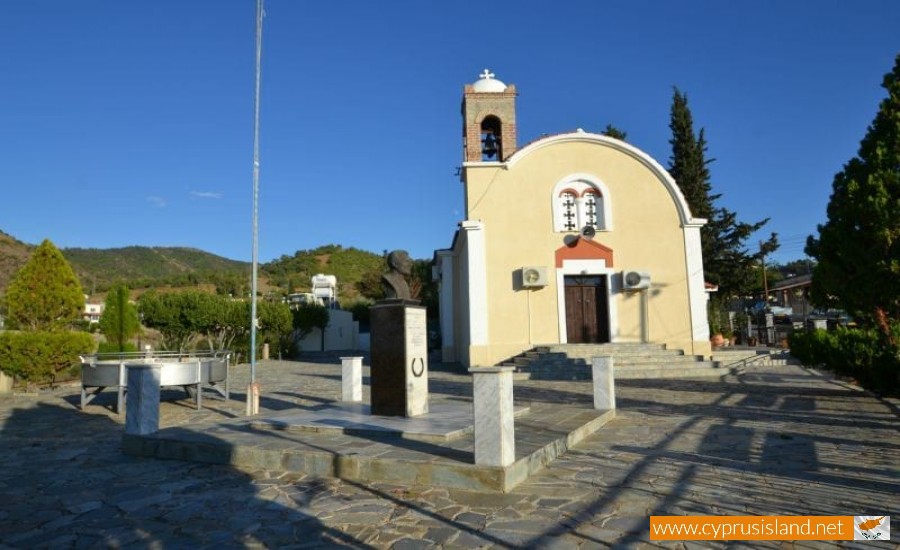 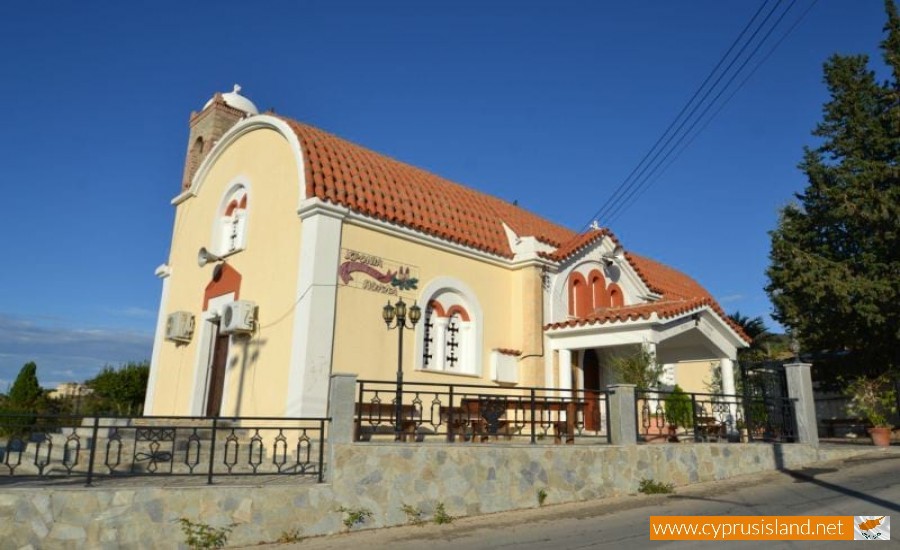