The Holy Monastery of Machairas or Panagia Machaira is located at Troodos under the Machaira Mountain. Sometimes Machairas is also written as Macheras in english and in Greek it translates to "Μαχαιρά".

The Machairas monastery is in the second place in the list of monasteries in Cyprus, due to its past and its riches coming after the Kykkos Monastery.

The monastery has very important land around it as well as many houses in Nicosia which were owned by the monastery. During the Turkish occupation, the monastery was even richer, but on the 9th of July 1821 a large part of it was taken by the Turks. The Archbishop Kyprianos who came from the Machaira Monastery also, donated a piece of land to the monastery in 1813.

The monasteries of Machairas, Kykkou and Agiou Neophytou were given privileges during the Byzantine years. They are Royal and that makes them autonomous by the Archbishop of Cyprus.

The church tradition connected the foundation of the monastery with the icon fights. It is said that the icon of the Virgin Mary Machaira is one of the seventy icons which were painted by the Evangelist Lukas and was brought to Cyprus in secret by the monks Ignatio and Neophyto who has escaped the Jordan desert. The two monks were then given a reward by the emperor of Constantinople Manouel Komninou and had built a small chapel and a few rooms.

The monastery played a very important role in the fights of the country. The Archbishop Kyprianos , the monk Ioannikos as well as the hero Gregoris Afxentiou had hidden in the monastery in many occasions.

During 1530, a large fire destroyed the monastery completely from which only one icon was saved. During the British Ruling, in 1892 the monastery was burnt completely again, and once again the icon of the Virgin Mary of Machaira was saved. There were also some icons from the templo which were saved and the most important artefacts were kept in the library. In 1905 the monastery was built again. Today there are only 25 monks in the monastery. They live through agriculture and from the donations given by the Christians. 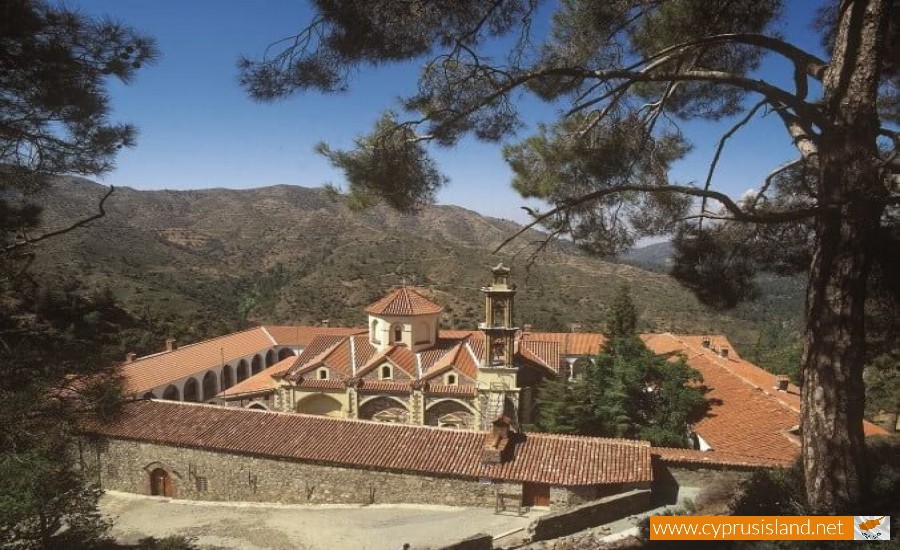 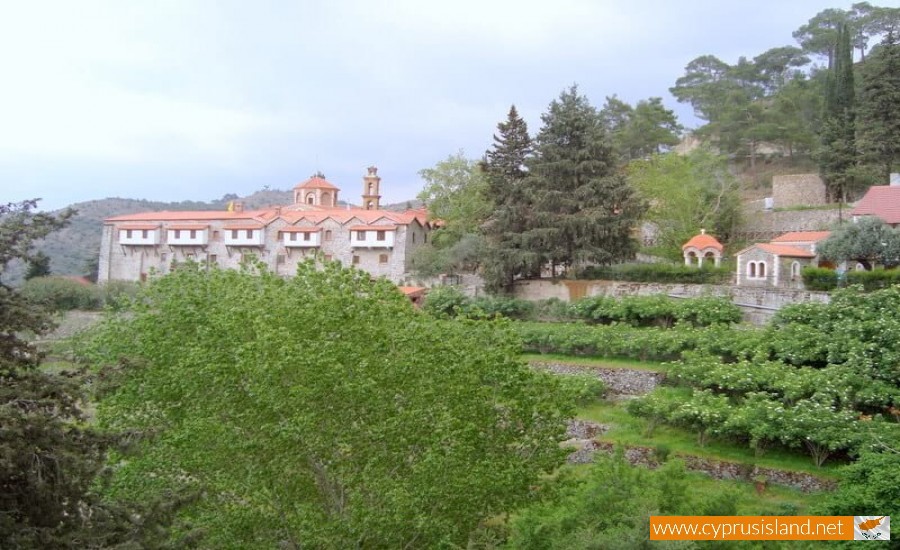 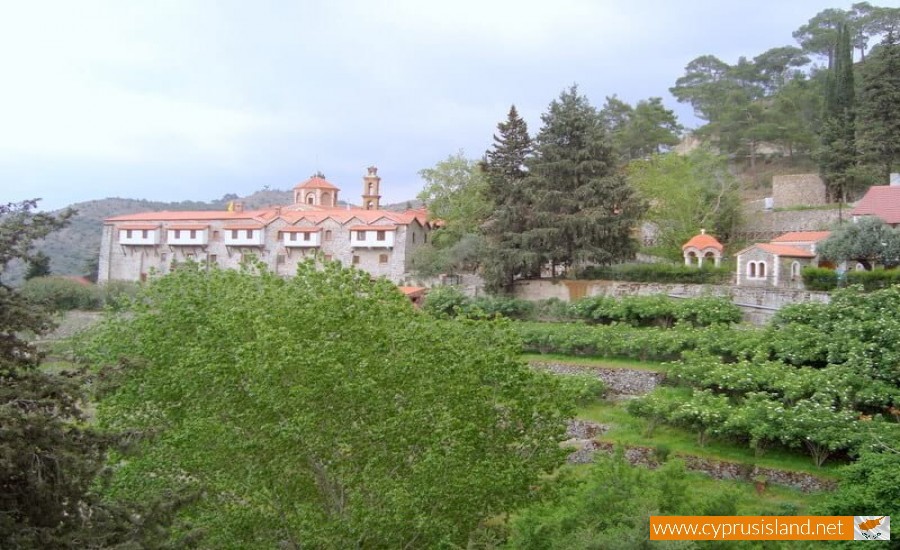