The bronze statue of Georgios Grivas Digenis, stands at the particular point in the village of Chloraka in the Paphos district. The statue was designed and created by the artist Nikos Kouroushis and the architect Margarita Danou.

This particular state hides great history behind it as it the point where Grivas landed, a little while before the Freedom Fight against the British began.

The coast of the Alyki in Chloraka was a distant deserted coast, therefore it was considered a good location for the secret disembarkation from Greece as well as the delivery of the first gun shipment.

Givas arrived with the ship Agios Georgios and transported gun powder and guns.

The location of the natural environment lead to the design of the monument area as an autonomous sculpture item, while the area around the sculpture is formed like a small square where the crowd gathers during honouring.

Behind the statue of Grivas , is another sculpture of a large window on the horizon. The upper part of the construction is a bronze statue with the shape of a ship.

On the side of the stone footsteps that lead to the monument there are carved presentations in white marble. The presentations show the landing of Digenis , the transportation of the guns and the ship.

The Agios Georgios Caique Museum is located on the right hand side of the Georgios Digenis Akritas Statue. It is the display area where the historical ship Agios Georgios is kept in.

There are also guns on display, as well as photographic material relevant to the historical facts that took place. The ship was originally taken to the Kato Paphos port and was sold by the British in an auction.

The Mayor of Paphos was ordered by the Archbishop Makarios to buy it and it was then used as a display item in one of the museums. It was then brought to Chloraka by Papakosta Leonida and Zina Kanther. 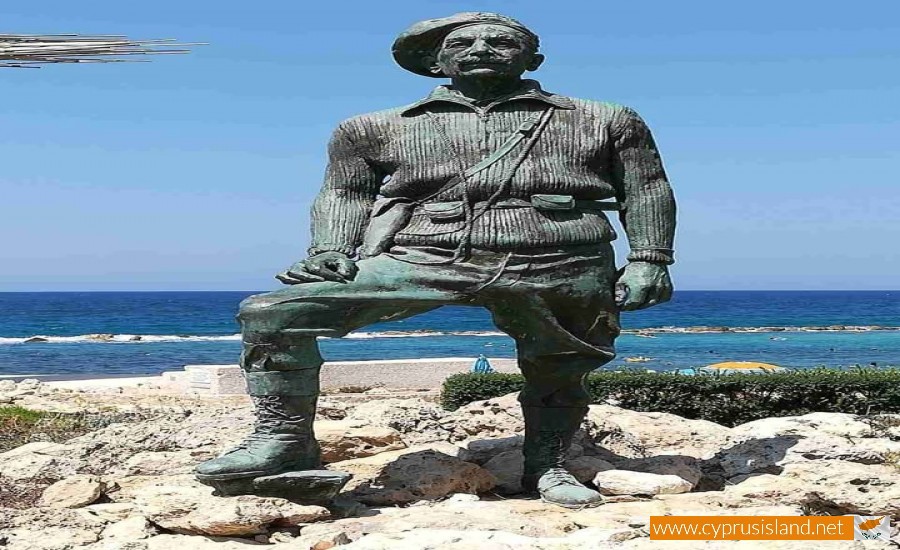 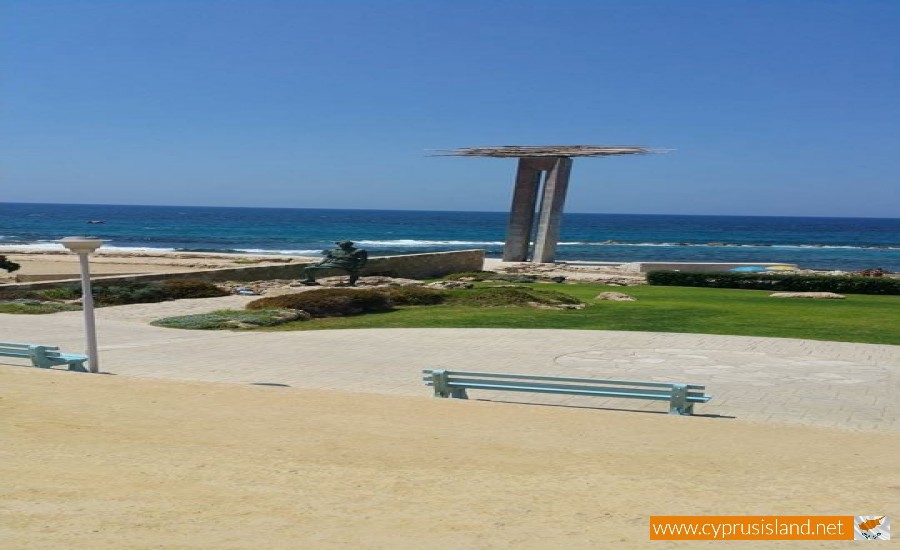 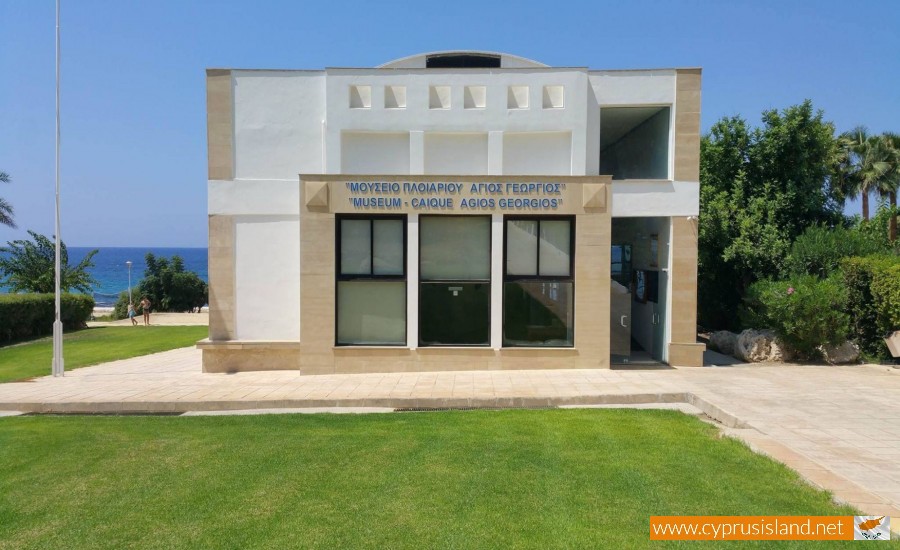 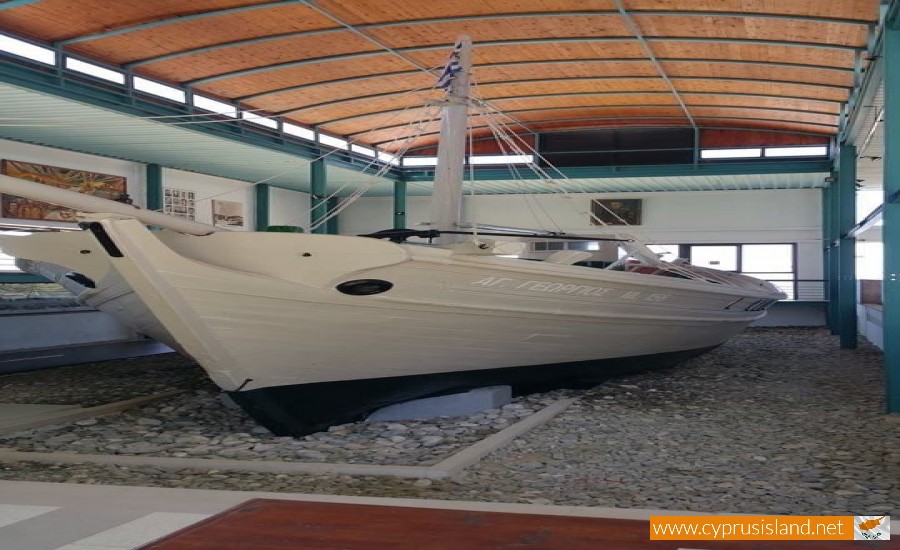