The Koilani village is located amongst the wine villages in the Limassol district.

The village is one of the most well-known with a rich and long historical traditional and cultural heritage. It is built on the east side of Afami and its vineyards cover a large extent. It borders with the neighbouring villages of Omodos , Mandria , Perta Pedi , Sylikou , Lofou and Vouni. There are many remains from the ancient eras as the community is a settlement of the Arkadon and many locations prove it.

The name Koilani comes from Kyllini of Peloponnesus, the name of the mountain Afamis comes from Efimios Zeus of Arcadia, as well as the Kremos tis Eras (Cliff of Hera).

Tombs with vessels from the roman era were found. There are also remains from the early Christian period, the ruling of the Franks, the Turkish occupation and from the recent history of the village.

According to the Archimandrite Kypriano, we are informed that during the Turkish occupation the village had approximately 1000 houses, they had a permit for the production and processing of silk, and that they paid a special tax to the army, along with other villages. He also mentions that the products that were produced were grapes, wine, fruit and vegetables as they are today.

During the British rule it was an administration centre with a land registry, a court house, a police station, a medical centre and a post office. It has many small businesses and workshops such as shoemakers, carpenters etc. The women had silkworms and made silk, scarves etc.

The Krios River flows beneath the green valley, and it irrigates the fields in which apple trees, pear trees and other fruit trees grow. In the older years the water of the river was used to turn the flour mills that were an important element in the commercial traffic of the village. The people from the surrounding villages used to go to the flour mills in order to grind the wheat, or fulfil various jobs. All these thing brought people from the surrounding villages and created vitality and traffic. This is why the village of Koilani was called the main village of the wine villages.

Until 1946 the village had a population of 1300 Greek residents and 85 Muslim residents. The Muslims had a mosque and a Hoxha priest as well as a school with two teachers. The mosque used to be a Christian temple of Agia Sofia. The primary school had 230 students and 5 teachers in 1946.

The phenomenon of urbanization, beginning from the 50’s and continues until today emptied the village. Weddings rarely occurred and the primary school was left with one or two teachers. Today it doesn’t operate at all.

The two churches in the village Panagia and Monogeni have two priests and operate on rotation as the people are only few.

The village continues to maintain many of its old characteristics, even though it has been deserted. It maintains its traditional architecture as new houses are very rarely built. Narrow, uphill roads, with many dead ends are in its nature.

As it maintains its old architecture, it also maintains the traditional occupations of the residents with all the tools and utensils for viticulture and the process of grapes. The visitors can receive a taste from passed centuries and live with the peace of another era. The two museums of Koilani, the Church museum and the Vineyard museum maintain excellent specimens of the ecclesiastic tradition and folk art.

Apart from the two main churches the village (Monogeni Chapel and Panagia Eleousa) has many chapels. The most well-known chapel is that of Ayia Mavri with important murals and an unusual architecture under a plane tree in a majestic environment. 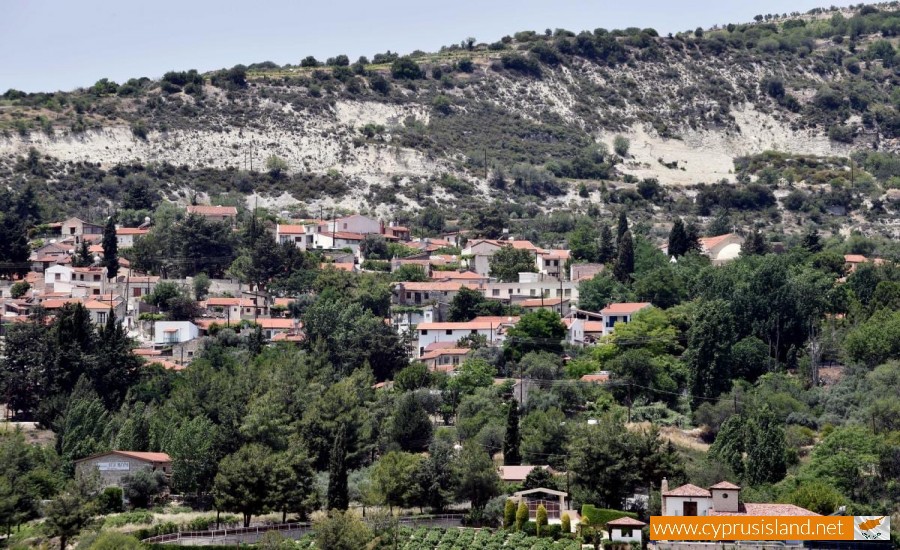 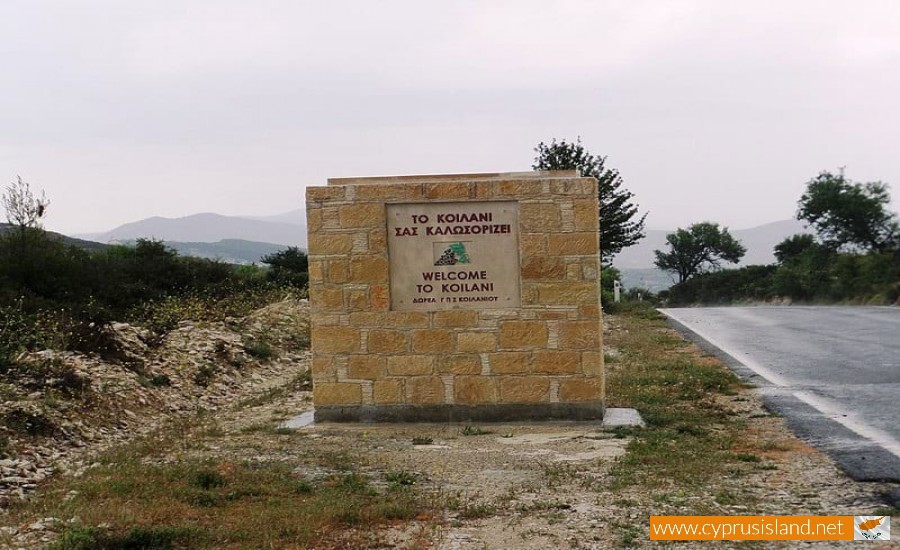 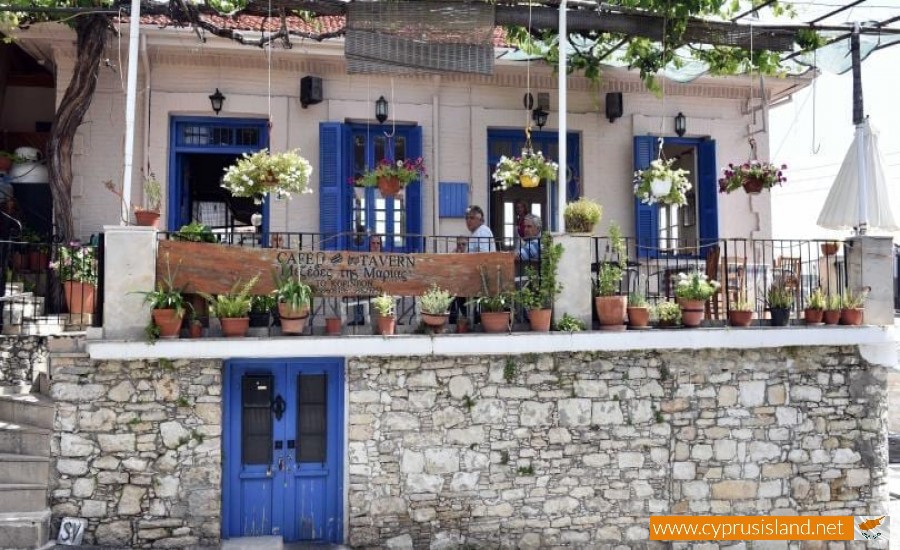