The Ayia Mavri Chapel is located about 2 kilometres before the community of Koilani,  more specifically between Koilani and Pera Pedi in the Limassol district.

This small chapel is situated in a wonderful green location on the banks of the Kryos River next to a great plane tree that is 1200 years old.

Built with the standards of other chapels in the mountainous areas of Cyprus, it belongs to the frank byzantine type of temple, with a sloping wooden rood and roof tiles. In the past the complete interior of the church was covered with murals, many of which have been saved today. The mural that stands out from the others is the one of Ayia Mavri and Ayio Timotheo. What is impressive about this particular chapel is the fact that it is built on the edge of the vertical rock from which the steps leading to the icon were carved in.

The official church tradition mentions that Ayios Timotheos and Ayia Mavri were from Egypt. Ayios Timotheos was a preacher of the gospel and fought against idolatry. He was arrested with his wife Ayia Mavri when the hegemon Thiveas was Arrian, and they found a martyred death after horrible torture. It is not known how the worshipping of these two saints was transferred to Cyprus and created various traditions around their names.

According to tradition, Ayia Mavri lived with her parents in Koilani. Her parents wanted to marry her to someone that they had chosen, however she was in love with Timotheos. Ayia Mavri was not able to change her parents’ decision and was forced to continue with the wedding. During the eve of her wedding, as she was trying to clean the oven with lit wood, her face became black. This is why she is named Ayia Mavri, as mavri means black in Greek. The fact that she was not burned by the wood was a miracle. Then she went to meet Timotheos and hide in the forest. The villagers began to chase them. The couple came to a cave in which her chapel is located in today. Ayia Mavri desperately hit on the rock, which opened by miracle and opened them a way out. At the point where the rock opened a great source of water came rushing, stopping the villagers from following them. The saints continued until they reached Pera Pedi. That is where the rock opened and an angel took the two saints to heaven.

The water spring still exists in the location today, while east of the temple there is a water tap with holy water of Ayia Mavri that is considered to be miraculous. The remains of the saint are also located at that church.

The great environment location, the sound of rushing water in combination with the stories that are related with the chapel create a special atmosphere. 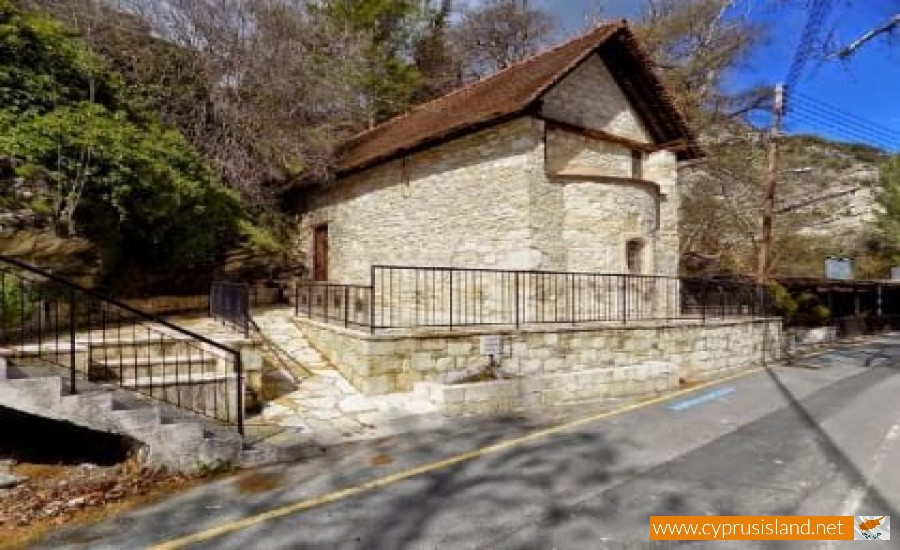 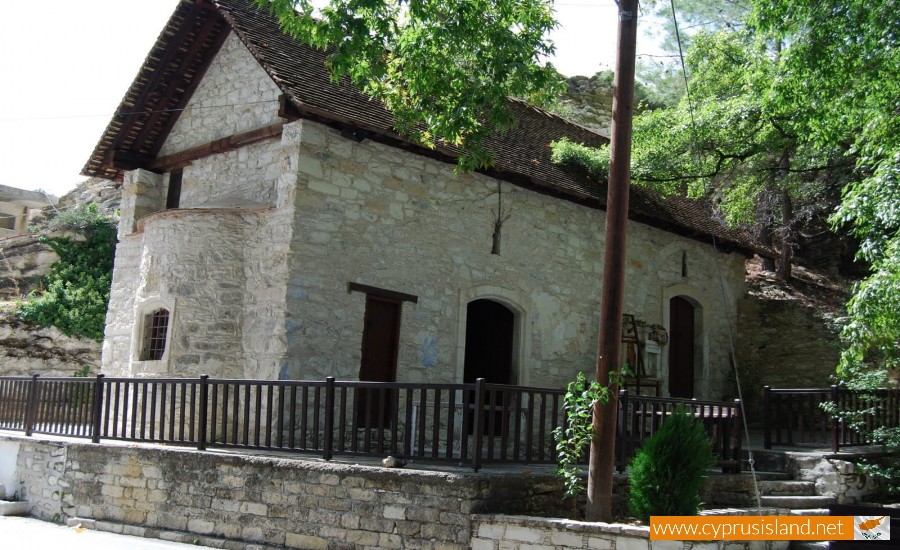