Omodos is located 42 kilometres northwest of the town of Limassol in the geographical district of the Wine villages. It is built near the west bank of the Ha Potami River, at an average altitude of 810 metres. The village is surrounded by tall mountain peaks, the highest being Afamis (1159 metres) and Kremmos tis Laonas (1092 metres).

The village has an average rainfall of about 760cm and in the area vineyards, fruit trees (apples, prune trees, pear trees, peach trees and apricot trees) are cultivated. There are also uncultivated areas which are overtaken by natural vegetation. A small part of the village in the north area is taken over by the Paphos Forest.

The village is estimated to have been created in the late Byzantine period or the beginning of the Ruling of the Franks, after the communities of Upper and Lower Koupetra, which were located in the east bank of the Ha Potami River. According to tradition Isak Komninos who was a despot of Cyprus (1185-1191) went to Koupetra after his defeat at Kolossi from the English King Richard the Lionheart, until Richard called him for peace talks. This means that in 1191 Koupetra existed and was later destroyed. After the community of Koupetra was destroyed, a new community was built around the original monastery of the Timios Stavros which took the name Omodos.

During the Ruling of the Franks, the village existed. De Mas Latri mentions it as a feud. The medieval chronographer Leondios Macheras mentions that Omodos had been givev to John De Bri from the king of Cyprus Jacob A’ with the chance of his election in 1382. The village is located on old maps as Homodos, Homocios and  Omodos.

For the Greek name of the village the most popular versions are three:

1. From the Cypriot word modos which means take your time.

2. From the village there are many roads which lead to the surrounding villages. From the adverb omou and the word odos, Omodos was formed.

3. In Frankish documents it is mentioned that in the area, a feudal lord lived there and it is possible that the village also took its name from him.

Ancient items were found in the village as well as near it , which show that the area was inhabited during antiquity and more specifically during the Prehistoric years. Also other names in the area have an ancient background such as the mountain Afamis which shows that the residents worshiped the peak of Efimiou Zeus, the cliff of Hera etc.

The village of Omodos is well known from antiquity for its particular grapes and its tasty wines. According to tradition the excellent quality moschato wine Afamis , received its name from the  mountain east of the village and therefore made the Soultan Selim the B’ to want to own the island in order to have this famous wine. The fact that the village produced traditional wine is also known from the medieval lino which is located at a small distance from the Monastery of the Timios Stavros.

Apart from the  agriculture of vineyards and the production of wine and zivania, Omodos is also well known for its  production of soutziouko, palouze, kofterkka and koulouria. The arkatena koulouria of Omodos are also famous in all of Cyprus. Moreover there are also excellent Cypriot fruit spoon sweets produced in the village from fruit trees in the area.

Cottage industry has also bloomed in the village. The women of the village not only assisted the men with the hard work of the land , but also occupied themselves with handmade embroidery, making crochets, tablecloths and bedspreads , with the most famous type being the Pipilla of Omodos. Visitors can see samples of embroidery in the Omodos Centre for the Preservation of Narrow- Knit Lacing.

Omodos is built on the side of a mountain amongst a green carpet of vineyards, surrounded by mountains, and is one of the most graphical villages in Cyprus. The large village square, unique in graphics and distance in front of the monastery of the Timio Stavro, the medieval lino, the narrow roads, the stone built houses give the village a particular beauty and charm. The houses gather enough interest from an architectural point of view with their main elements being the traditional roof bricks, the flower filled gardens, the wooden gates as well as the various decorations on the balconies. Many artists were inspired to create artistic work in the village, which is on display in the Omodos Gallery.

The traditional art is preserved traditionally on the outside and on the inside of the houses , where the  old tall bed with the crochet bedspread , the carved couch , the toned chairs , the walls decorated with frames , the exhaust with the copper saucepans , the tsesto and the tatsia. Outside at the storage house, which is also a grape workshop, are the giant red wine jars, the old plough, the wine assin, the grape grinder , baskets and the cauldron for the famous zivania. Real life representations of the traditional houses can be seen at the Private Museums in Omodos. Visitors who are also interested in seeing how Omodos was in the earlier years can visit the Omodos Photo Exhibition Museum in order to see the memories of an unforgettable past.

The people from Omodos always participated in all the fights for the freedom of Cyprus. The participation of the villagers during the Freedom Fight of 1955-1959 was great and the price was heavy. Arrests, prison, blowing a hideout and other destructions occurred. After the  fight ended , on the 28th of October 1960, a  group of residents came up with  the idea of creating the Museum of Stuggle , in honour of those who gave their lives and in order to project the participation of Omodos to the youth. The Museum is housed in the Monastery room.

What characterises the resident of Omodos is the huge heart and the hospitality which you will not meet in any other part of Cyprus. In order to understand this you must live in this area with all these people, and all the elements which make it up. 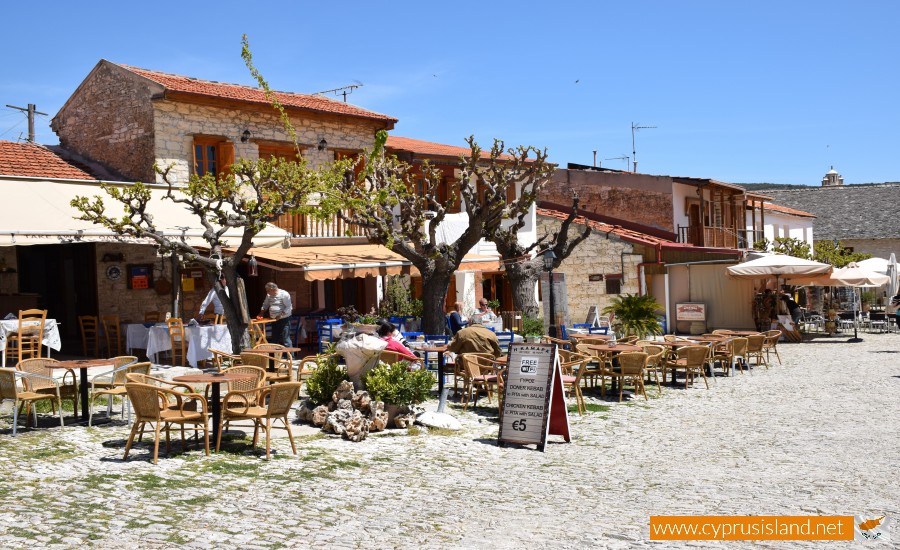 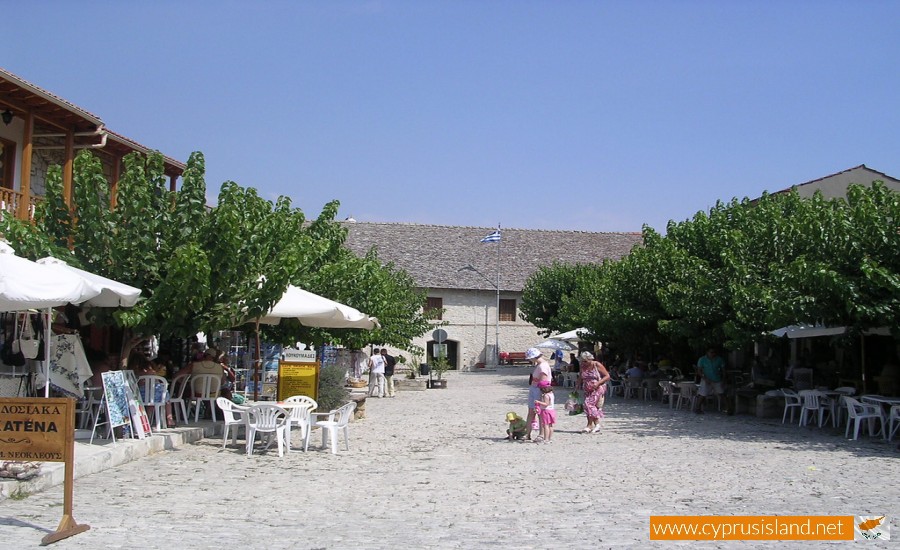 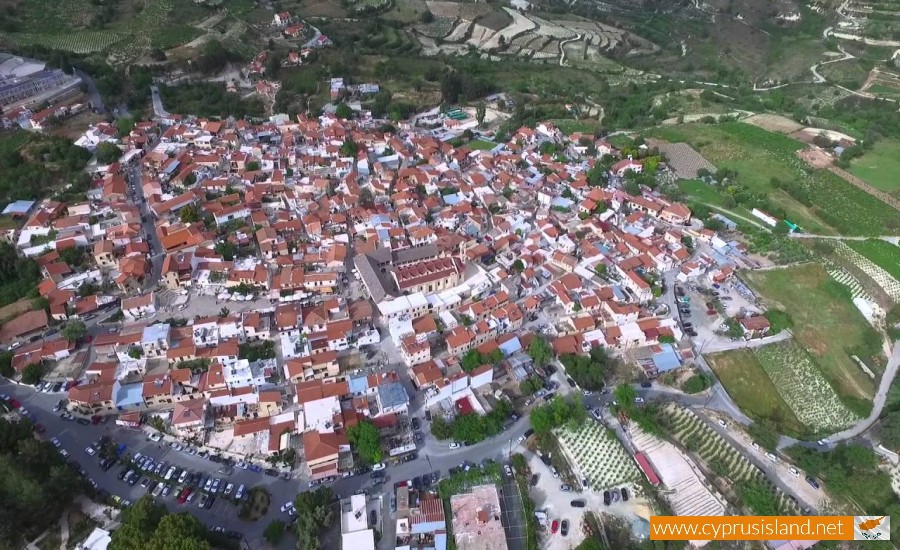 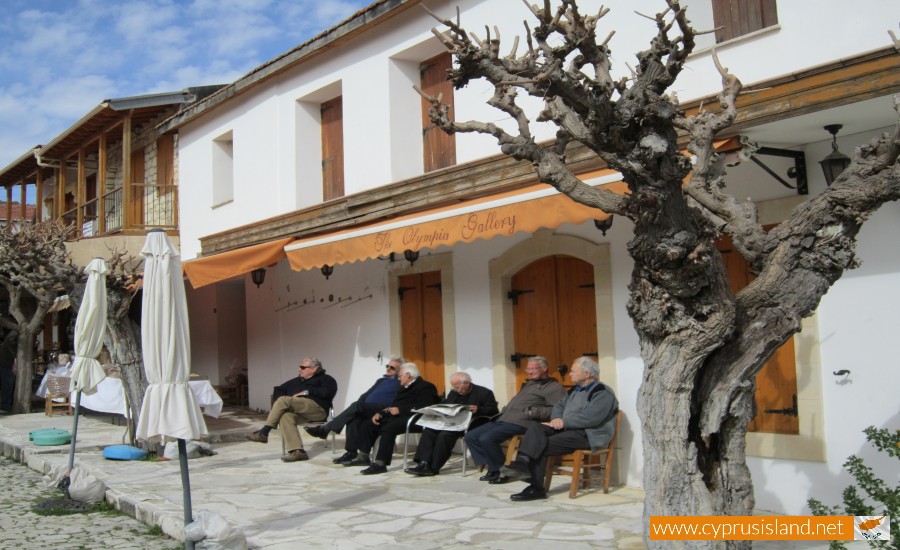 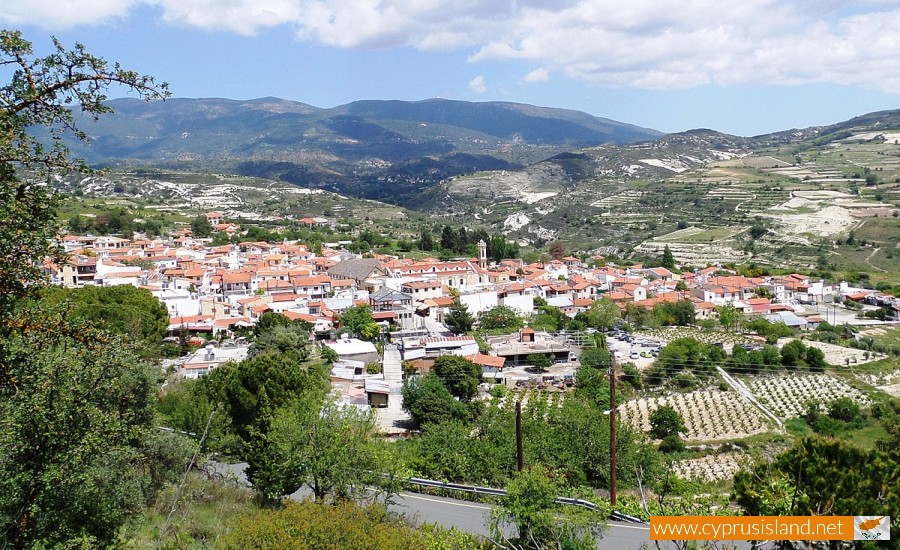 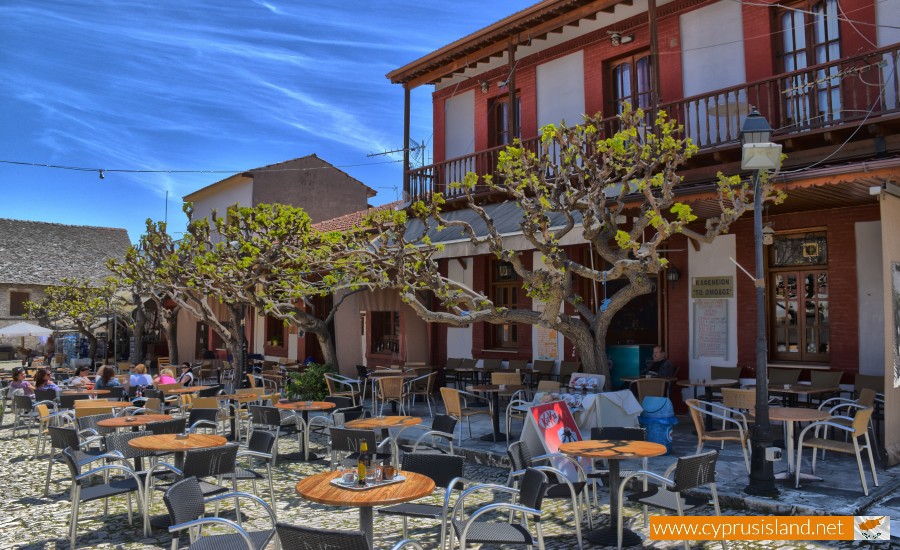