Klirou is a village in the Nicosia district. More specifically it is situated towards the north side of the Troodos mountains , about 26 kilometres northwest of Nicosia. Klirou is built at an average altitude of 445 metres. The altitude varies throughout the village. Towards the north is it 400 metres, which then increases to about 445 towards the settlement and then to 850 metres towards the south. The are is divided by the river network of the Akaki River and by the smaller rivers Aloupos , Koutis and Myrenas stream.

According to the large number of ruins which were found it Klirou , it was considered to be habited by after time of Copper, from Arcadian-Cypriots which were Greek migrants.

The name Klirou was founded during the period which Christianity was in transition. Around 392 A.D, Klirou was transformed into an army base and a centre of the spreading of Christianity in the larger region. According to the anti-paganistic law of the time, everyone had to present themselves as Christians to the Klirikous in order to have rights of land ownership and a right on their belongings. From the sentence “we will go to the Klirikous” it slowly began let’s see the Klirous and that is where Klirou got its name from. During this period the temple of Appolo in Mallount Nicosia and Dioniso of Zithkiona were destroyed.

Klirou was an integral part of the ancient Kingdom of Tammasso, as the area is spread with hundreds of tunnels and areas which were used for the processing of metal. According to Stravona in Tammasso there were silver mines in the area of Aetovrisi and Kouloupades. During the Roman ages, the metal industry in Cyprus was under the control of the Roman officials (Procurators). Until the 5th century, Klirou was not the village we know today, but a complex of over 10 villages. Klirou was the industrial centre for the processing of metal in the area. The centre was provided with an underground water supply from the waters of Stavros.

Klirou has an annual average rainfall of about 380 millimetres. However, the irrigation from the neighbouring dam of Kalo Chorio and the use of local water sources and drilling contributed in the extension of the irrigated area.

Vines (wine varieties) , citrus trees , fruit trees ( such as fig trees , apricot trees and peach trees) almond trees , wheat , lentils as well as vegetables ( such as potatoes , melons and cabbage )are usually grown in the village. However there are many uncultivated extents of land in which pine trees as well as thyme is grown. Livestock is quite developed as well.

As it seems, the population of Klirou had a steady increase from 1881 until today. The fact that the village is a relatively short distance from Nicosia, as well as the neighbouring Mitsero and Agrokipia Mines , offered many of the residents job opportunities. A large part of the working class of the village are occupied in Nicosia. There is also a refugee self-housing settlement in the village.

The village is mentioned from the Frank period , during the 14th century in which the village was owned by the well known medieval family De Mondolif. It is however possible that the village may have existed from the Byzantine period , if the  etymology of the owner’s last name who was named Kliros is true.

According to another version, the name of the village came from a bird , the klorkon which is also called kliros  due to its voice in which one seems to hear the bird repeating the  word kliro.

According to  local tradition, the village was called Klirou because all the men residents of an undefined period became clergy , in order to fight a deadly epidemic that had occurred.

The possibility that Klirou existed during the Byzantine period , is enhanced by the fact that there are many chapels in the village as well as the surrounding area itself.  The existence of these chapels also strengthens the view that the name of the village is due to an old link or dependence to religion.

Unfortunately the old church and many chapels do not exist today. A new church has been built in the position of the older church , dedicated to Panagia Evangelistria. All the old icons from the ruined chapels have been taken to this church. The iconostasis is made of three older ones, the middle one dated to 1747 was brought from the older church.

About 1,5 kilometres from the village is the small Monastery of Panagia of Lagni. According the local tradition, during the Turkish occupation, Turks went there during the middle of the summer, from the village of Arediou in order to take building materials. Then all of a sudden, thick hail began to fall from the sky, which killed all the animals that were carrying the stolen materials.

According to  another local myth, around (650-700 A.D) part of the Arab army, who were on a mission to take over the area of Pitsilias, was hit by a terrible hailstorm in the area of Klirou-Fikardou. The military commander with a few soldiers seeked refuge in a small chapel of Lagni. ξωκλήσι του Λάγνη. The heather commander felt the connection of the storm with the holiness of the area made a vow to repair the damage done if the storm stopped. The same source says that this commander not only repaired the chapel but he also visited it very often.

The Chani of Klirou is a particularly remarkable sample of traditional architecture and this why it was declared into an Ancient Monument B category in 1989 by the Department of Antiqutities, in order to protect maintain and highlight it. The monument was restored by the village community board and was inaugurated on the 16th of October 2021. 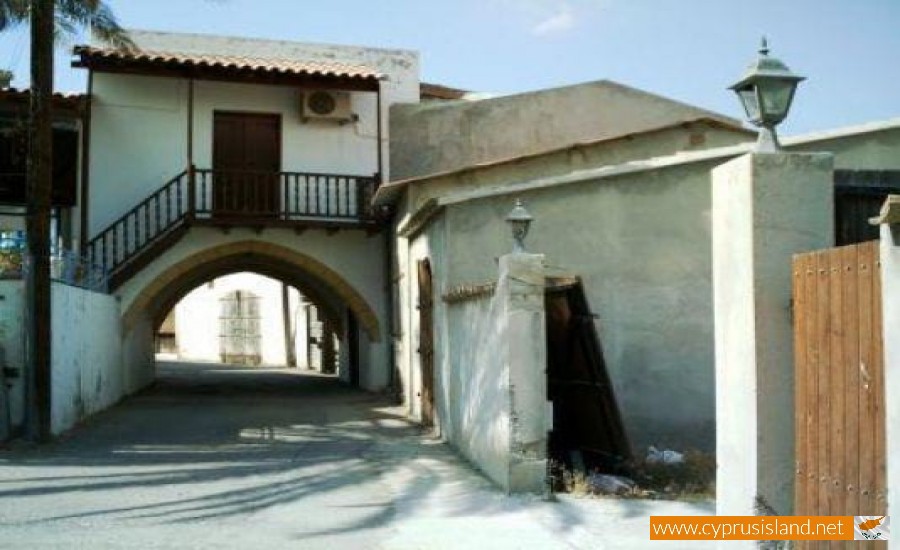 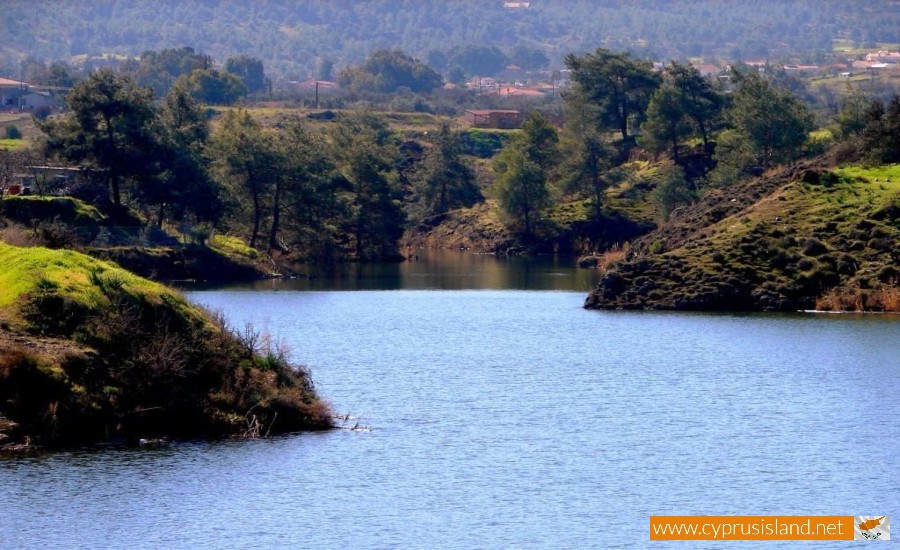 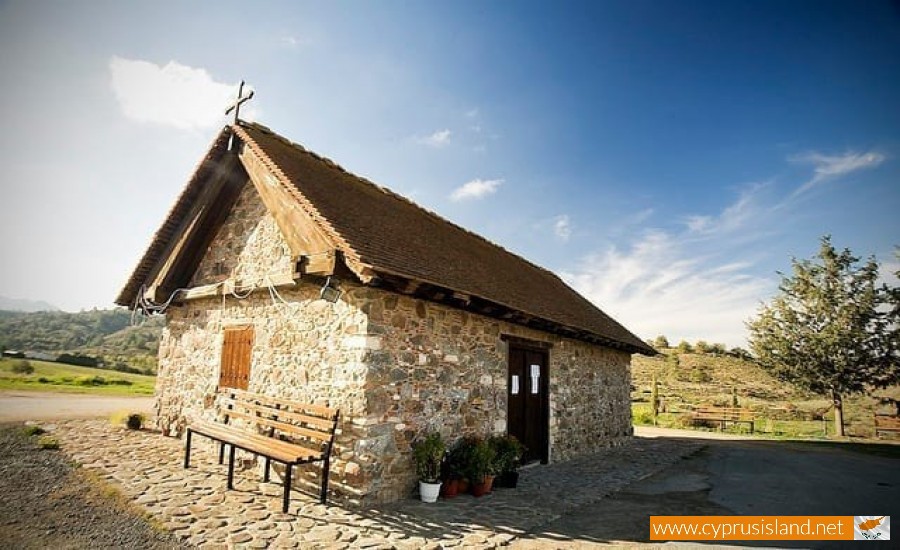