Chloraka Village is situated west of the  Paphos district three kilometres from the town. It is built at an average altitude of about 70metres from the sea. More specifically it is located in a valley with a view towards the horizon which is lost in the Mediterranean Sea. The village nrighbours with the communities of Emba, Lemba and Kissonerga.

It is a place with beautiful beaches and intense opposites. With old and modern buildings, natural environment and culture which combines Greece, Europe and Middle East with hotels, restaurants , bars , coffee shops as well as hospitable residents. Its main characteristics are its beaches with their secluded rocks, the clear blue waters and its golden beaches. The whole village is a balcony to the Mediterranean with rocky slopes, tremith trees and green fields. It is a perfect location which never loses its charm. It is a decoration with a lot of history and famous people.

The name Chloraka can be found in Venetian maps dated to 1400. Verbal sources inform us that it was previously known as Prastiorizo or Praskiouro which mean green tail. This came from the shape that the houses formed on the edge of the valley, while its base had land where trees were planted and that created a green tail.

As the community became more populated, many residents did not want to ruin the prosperous land towards the sea, so they built houses further up where the vegetation was always soft , which in Greek is chloro . Therefore the name of the village was then changed into Chloraka.

The first residents were shepherds and farmers who built their farms on the edge in order to watch the sea for pirates and Sarakineans so that they could have time to hide their belongings.

In concern to the history of the community there is no information to take us back in time as nobody left any written work and those that are already known have been passed on from generation to generation from word of mouth.

The first time that any information was recorded was in 2003 by the author Christo Mavresi, who wrote a book titled “Chloraka, a historical and cultural study”.  In his book he mentions, “Chloraka was a continuous community which existed in the area.

Pre-Christianic tombs were found by the name of Ellinospilioi , meaning Greek caves and other archaeological items such as tools and vases. These witness that the community was very old and dated back to the 4th century. It is almost certain that the prosperous part of the village was ruled by the Kingdom of Paphos during antiquity. Remains from the Byzantine and medieval years have also been found. During the ruling of the Franks, Chloraka was a feud. During this period is possibly when the village name was changed.

It is obvious that the history of Chloraka began from the Stone Age, however it was something small and not important for any historian to pay attention to. In written work we can find an incident written by the priest Machera Grigrio in 1945, about an incident which occurred at the open sea of Chloraka. In 1810 a passenger ship full of rich passengers was passing by in order to go to the Holy Land. A storm occurred, the ship sank and all the passengers died.  The area where they sank is now known as Dimma and is officially written on all maps. Today the ship Agios Dimitrios is stuck in the rocks of that area and can be seen by ship or plane.

It is obvious that the villagers in Chloraka have always been very religious and this can be seen from the many churches and chapels situated in the village: 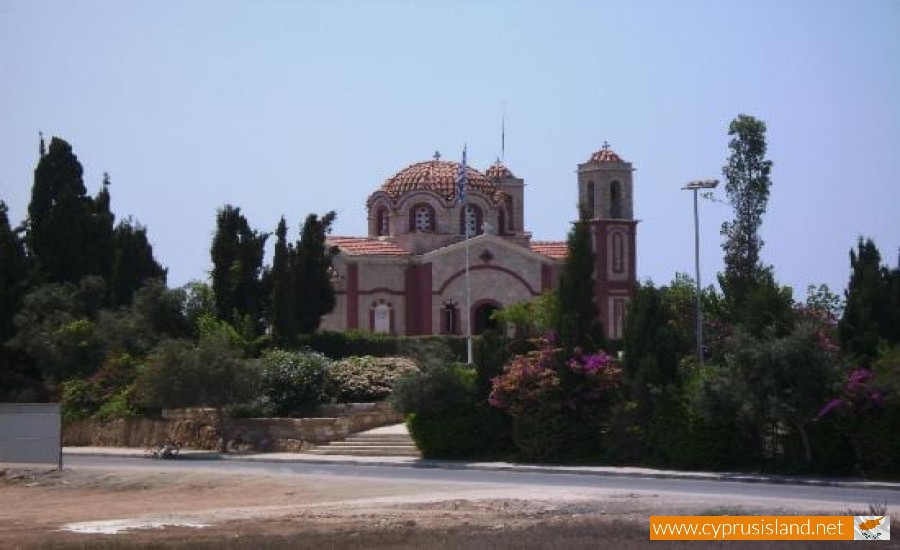 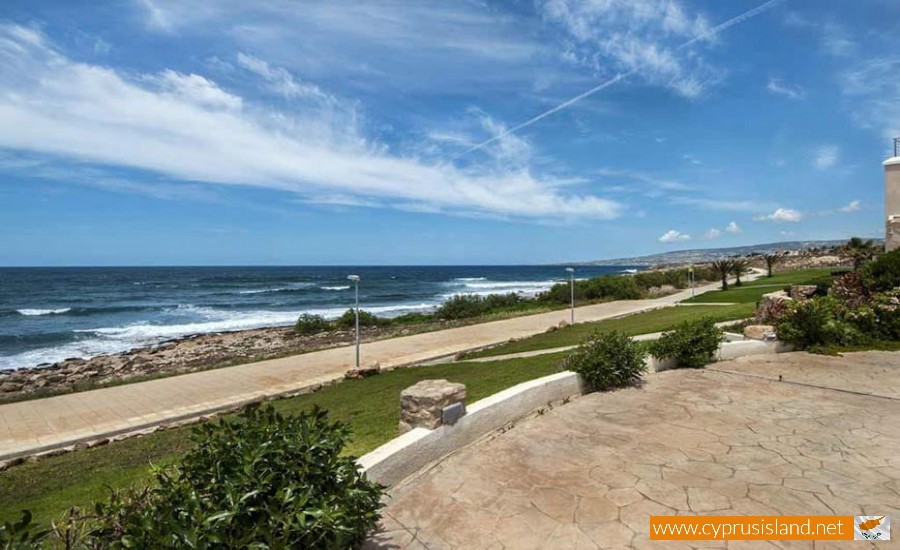