The Agios Nikolaos Chapel is located in the village of Chloraka in the Paphos district. More specifically it is situated at the south part of the village.

Later on an extra part was added to the small temple. It is said that the chapel was also surrounded by cells, which monks lived in. The fields that surrounded the chapel were cultivated by the monks and the area was filled with greenery. The chapel also operated as a monastery until the first half of the 19th century.During 1805 the property of the monastery included the fields around the church with two water fountains and trees in the Petridia area towards Emba.According to tradition, the temple was built by a captain who came across a storm and was forced to stop in the area of Chloraka. He then asked the saint to stop the storm and that he would build a temple on the hill which is was he did.

Traces of murals were found depicting Agios Nikolaos and his life on the north wall of the temple. The iconostasis is simple and there are four mobile icons on the templo. An icon of Agios Nikolaos as a prelate is located on the east wall of the church. His face is ascetic and kind with harmonious analogies. He is nearly bald with a large forehead and great expressive eyes. His beard and moustache are round shaped.

At the right hand side of the temple there is a hollow part where people dedicate items to the saint such as shoes and wax legs. The icons of Agiou Xenofontos Xorinou is placed there. Believers took dirt from this place because it was thought to be blessed by Agios Xenopfontas who banishes all evil.

Until recently there was a source from which holy water flowed from and poured into a lake. The children from the primary school would carry water from this lake in order to water the school garden. The church also used to be surrounded by oak tree which the church later on sold to the Turkish Cypriots that had baths. 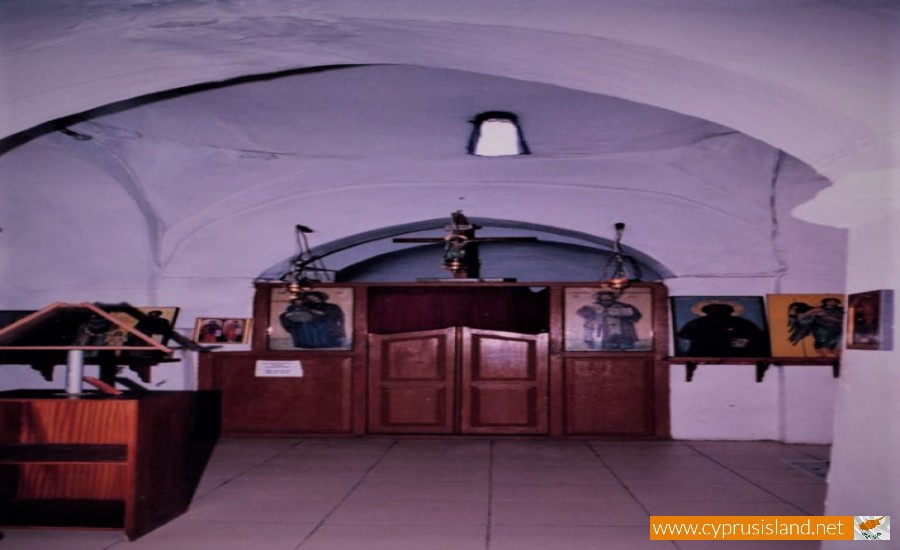 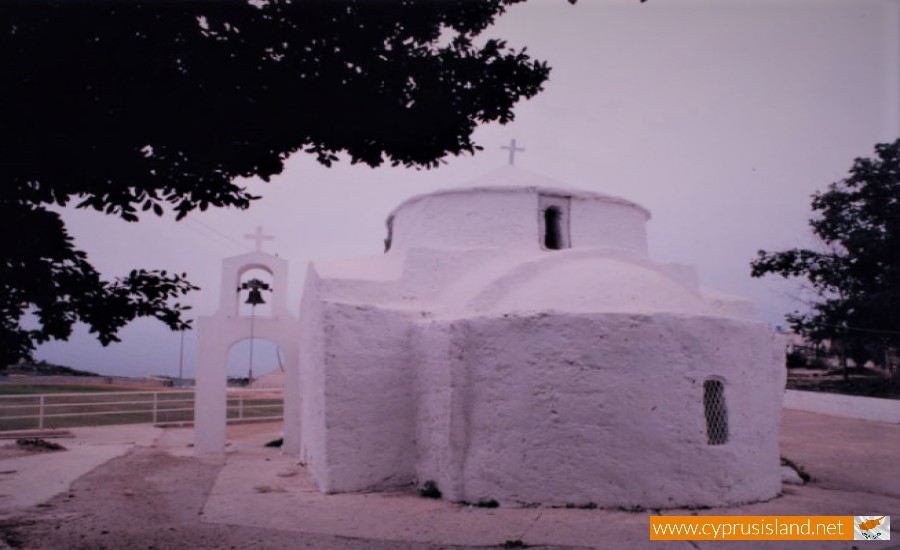