The village of Foinikas is located in the Paphos district. It is a less known village, however it gives the beautiful images of another era.

The village once bloomed of life, as it was an administration centre for the Naites before it was completely abandoned and deserted. The signs of time present themselves today with the decomposition and the power of nature.

The name of the village comes from the tree “finikia”, while on older maps the village was written as “Finicha”. This name is connected with the historical view that it existed during the Byzantine period. However there are no monuments from the particular historical period.

The village Foinikas, along with the villages Agia Irene, Anogyra , Platanisso and Kaloyiannakia, constituted the “Commendaria della Finicha”, forming the highest military administration in the area. During 1191 A.D, Richard the Lionheart raided the island and sold it to the Naites who in turn chose the village of Foinikas for the capital of their administration. This decision was taken after knowing that the village was built in a position that would make it an impregnable fortress. The only access from it was through the river bank so the Naites did not hesitate to conquer the Limassol and Paphos districts through its extent.

The Cypriots could not stand the heavy taxes placed by the Naites so they rebelled against them. After the rebellion the Naites had to sell the island to Lionheart, who then sold it to the French Gi De Louzinian.

Foinikas village endure its conquerors until the independence of the island in 1960 when it was affected negatively in oppose to other villages that were affected positively by the particular event. The urbanism that occurred later drove Foinikas to its abandonment and later to its desertion.

From a geological view, there are sand, argyle and pebble deposits around the river bank while chalk and other rock formations are created in alternative layers. The houses of the village were completely made by stone, showing the prosperity in the village. Another important element is the fact that the architecture of the houses is considered to be unique as it cannot be found in any other place in Cyprus. The ground floor, the interior stone stairs as well as the huge interior arches are only some of the many particular characteristics of these house.

The village met a great population increase during the years 1881-1973, with the number of residents increasing to nearly four times its original size. With the Turkish occupation, the Turkish Cypriot residents were forced to abandon their village and be transferred with the rest of the Turkish Cypriots to the occupied part of Cyprus.

The form that the village has today does not remind the beauty that it had earlier on. The visitor comes face to face with thick wild vegetation and the ruins of the houses were abandoned by the residents and worn out with time. The dirt roads are in a bad shape therefore visitors should use SUV cars for their transfer there.

Even with all this, the view from far away next to the dam, is still magical. The ruins of the houses that have begun to break down have become one with nature and create emotional feeling as the view of the wild mountainous location , combined with the water location of the Asprokremmos Dam still looks magnificent. 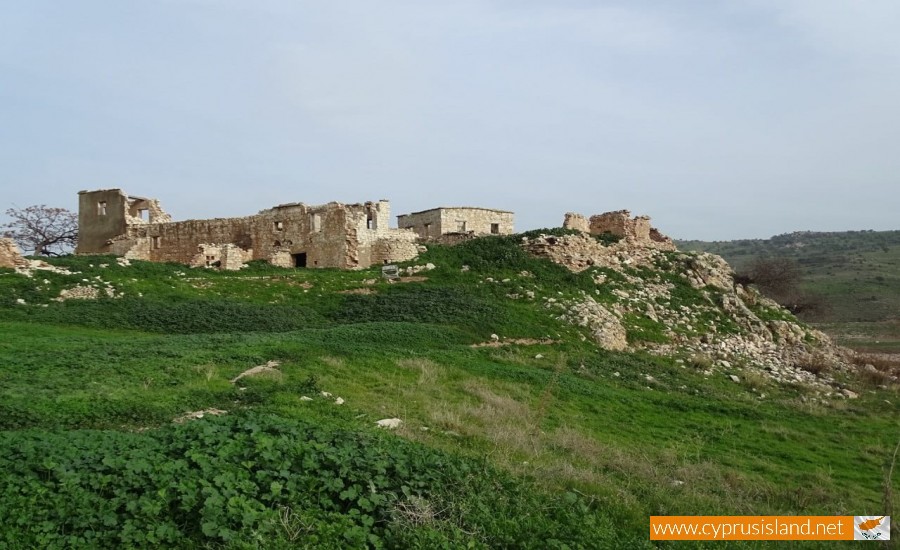 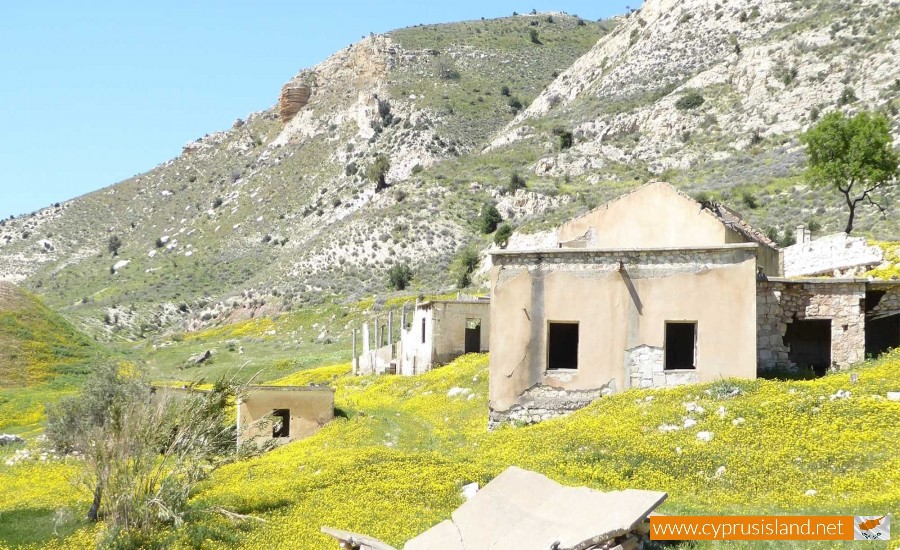 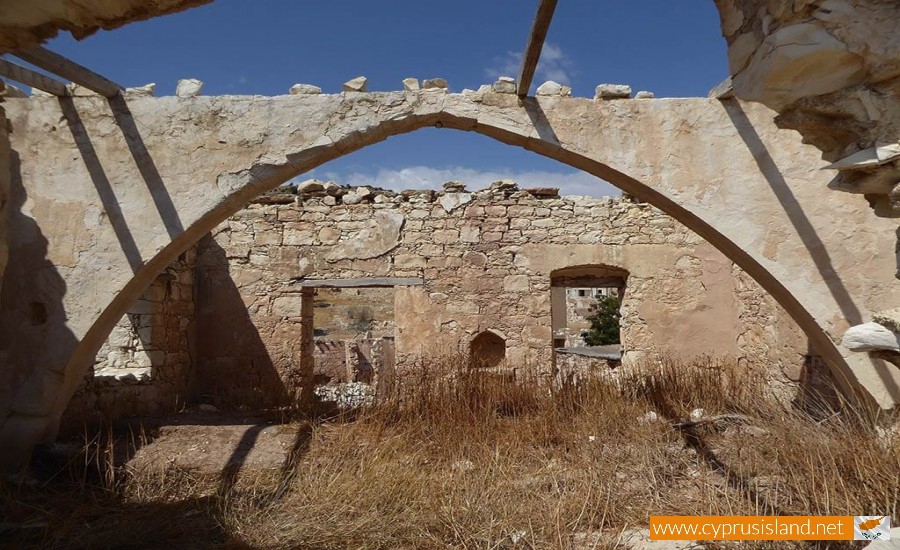 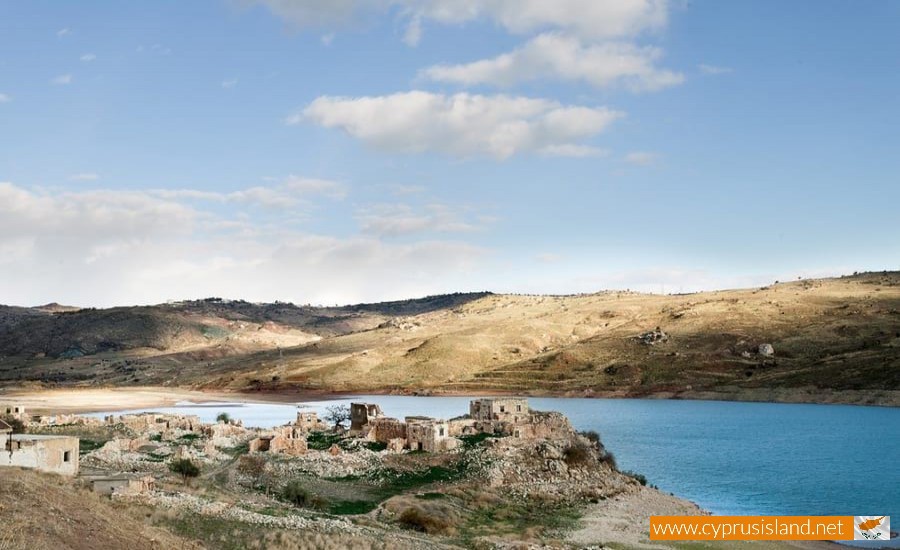 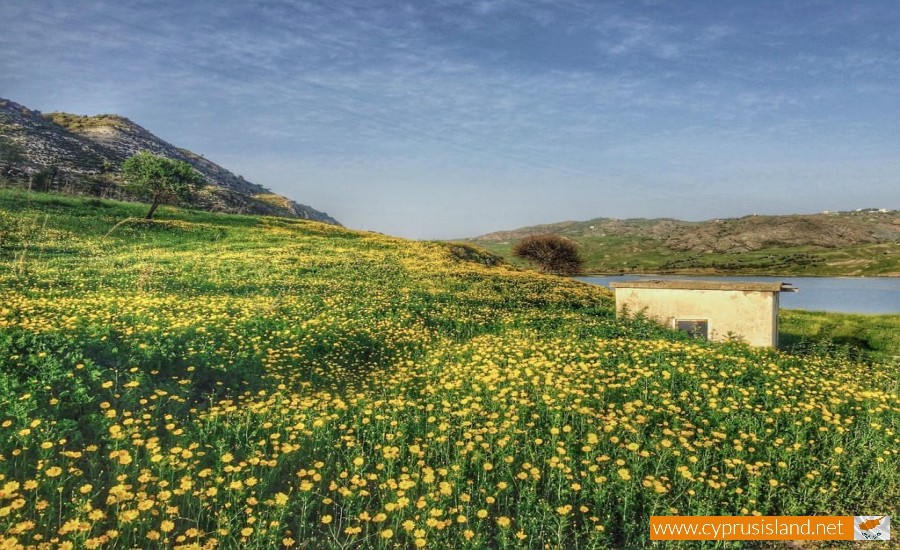 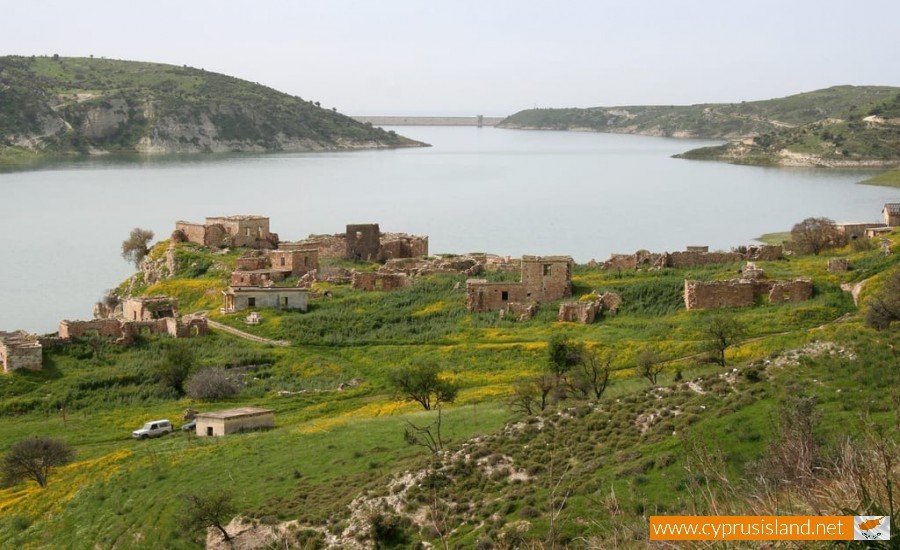