The Agios Efstathios Church is situated in the village of Kolossi in Limassol. The particular stone built byzantine church is dedicated to the saint Efstathios. The church is in the shape of a vaulted cross square and it was built during the 12th century. It was then restored during the 15th. It seems that the Knights of the Saint John’s Battalion used this church, as the coat of arms of the Battalion Commander could be seen until 1936.

During the 15th century the Ioannites Knights of the castle, transformed the old Byzantine church of the 12th century into a temple of their own worship giving the name of Agios Efstathios , due to his military status and his Latin origin. According to legend, Agios Efstathios was an officer of the Roman army with the name Plakidas. On one of his hunting expeditions, he saw a deer in front of him with the shape of a cross on its forehead motivating him to become a Christian. The saint did that and changed his name to Efstathio , his wife’s from Tatiani to Theopisti and their two boys’ to Agapio and Theopisto. The whole family became martyrs in an incandescent large cauldron, after the saint denied sacrificing to the Roman Gods.

The church has  two arched doors, one to the west and one to the south side. The dome presents remarkable murals, dated to the 15th century. The peak of the dome depicts the Christ Pantocrator, while the spherical triangles supporting the dome, depict the three Evangelists. Each Evangelist is shown writing the first words of the Gospel. 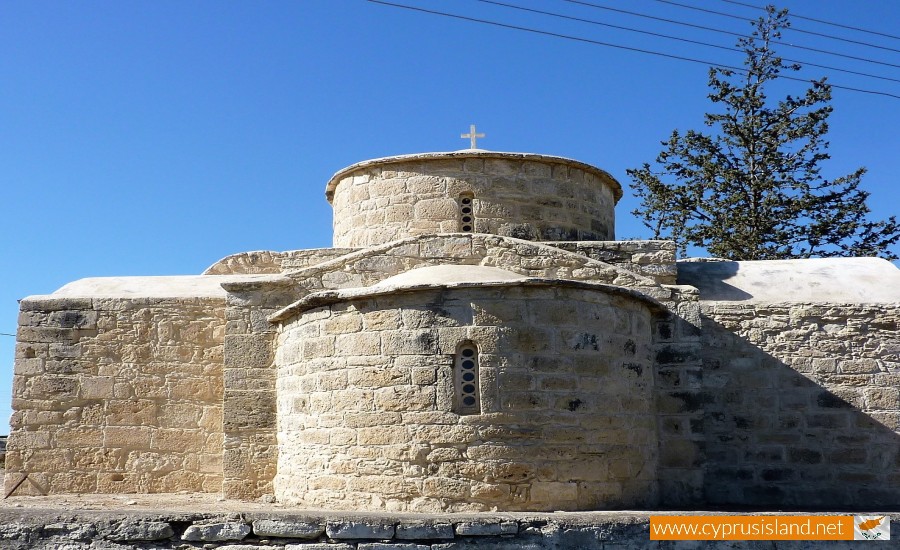 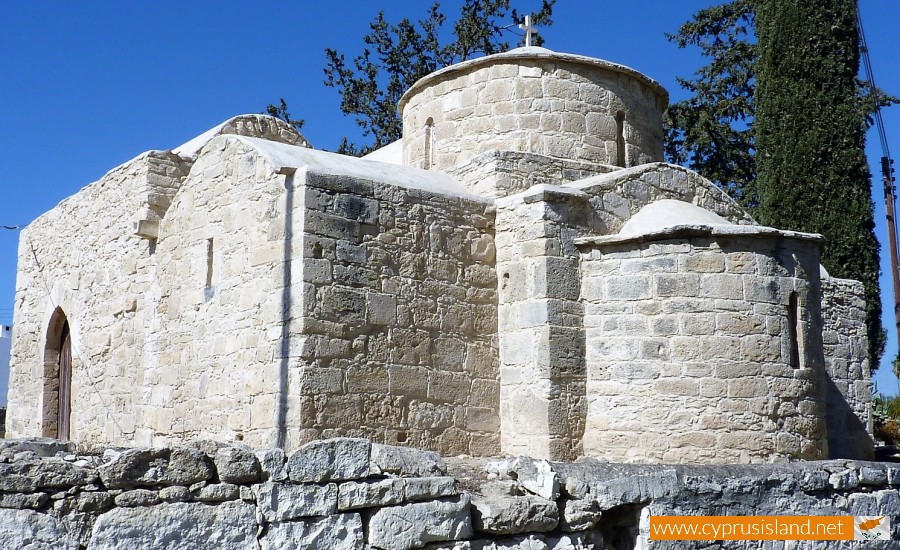 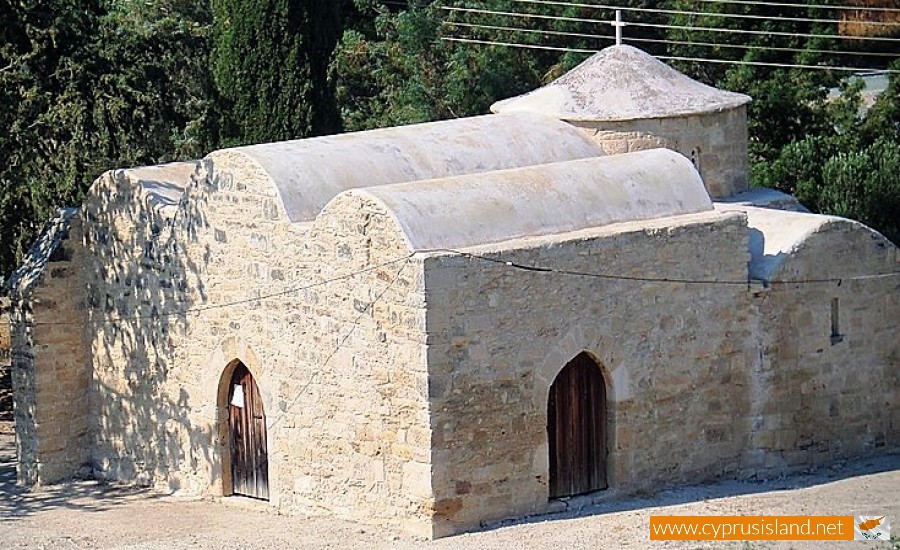