The Episkopi Rock is located in the village of Episkopi (Paphou), which is 14 kilometres northeast of the town of Paphos. It is situated in a location of great environmental importance with many rare and protected types of fauna and flora.

The great Rock of Episkopi also characterised as Meteora of Cyprus, is part of the Geological Complex of Mammonia and has been declared as a protected location. It is one of the most beautiful geological formations of the island. Its great aesthetic value attracts many foreign and local visitors every year.The rock has a height of 70 metres and length of 250 metres making it the largest monolith volume in Cyprus. The particular rock was part of another larger rock, which broke off and fell during an earthquake during 1953.

In the cracks of the limestone cliff, chasmophytic vegetation develops. The particular trait of this vegetation is the powerful root system,  that allows it to have good support on rocks and take advantage of the little water and nutrients in the little ground. Characteristic chasmophyta that exist at the Episcopi Rock are Verbascumlevanticum, Umbilicusruspestris and Polypodiumcambricum. At the base of the cliff there is an important number of an endemic rare bush called Zoulatzia (Boseacypria). It is a low height bush, with oval leaves and greenish brown flowers. There are only three types of bosea in the world, Cyprus, the Canary Islands and the Himalaya. There have also been two additions to the rare flora in the area, the scilla morrisi crambe hispanica.

The Episkopi Rock also shows to have great ornithological interest. A rare endemic and protected species in the area is the big hawk Petritis (Falcoperegrinus). At least three couples live in the Valley of Ezousa at the Episkopi Rock. Other rare birds that are found in the particular area are the endemic Skalifourta (Oenanthecypriaca), the Kraga (Coraciasgarrulus), and Kolioi (Corvusmonedula).

Apart from the environmental value, the Episkopi Rock also has great religious interest. This deserted rock is where Agios Ilarionas the Great, had chosen to live his last years in. Until 1953, there was a church under to rock, at the point where the saint had lived. The church was destroyed however after an earthquake. Today an icon of the saint has been placed in the ruins. Many believers light a candle at the icon, while a new church has been built in his honour at the peak of the hill.

The giant rock of Episkopi is also an attraction point for visitors from all over the world, mainly artists who are inspired by the peace and calmness of the environment. The magnificence and the wildness of the location, in combination with the existence of the holy, produce feelings of piety and gladness.

The idyllic beauty of Episkopi is divided by the Ezousa River that ends up in the sea near Acheleia. Another attraction is the Environmental Information Centre, the only one in the Paphos district. The centre of environmental information was built in 2013 at the primary school. It has a reception, a projection room, a display room and a botanical garden. 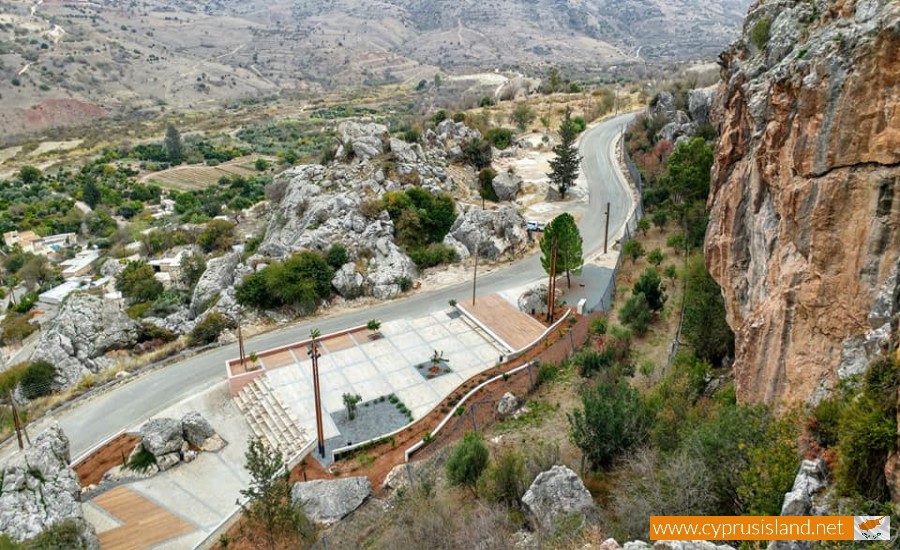 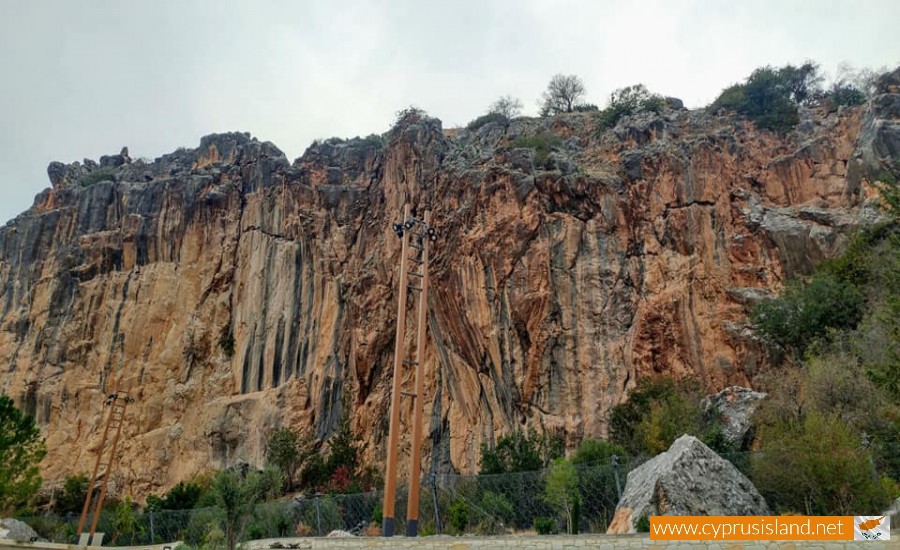 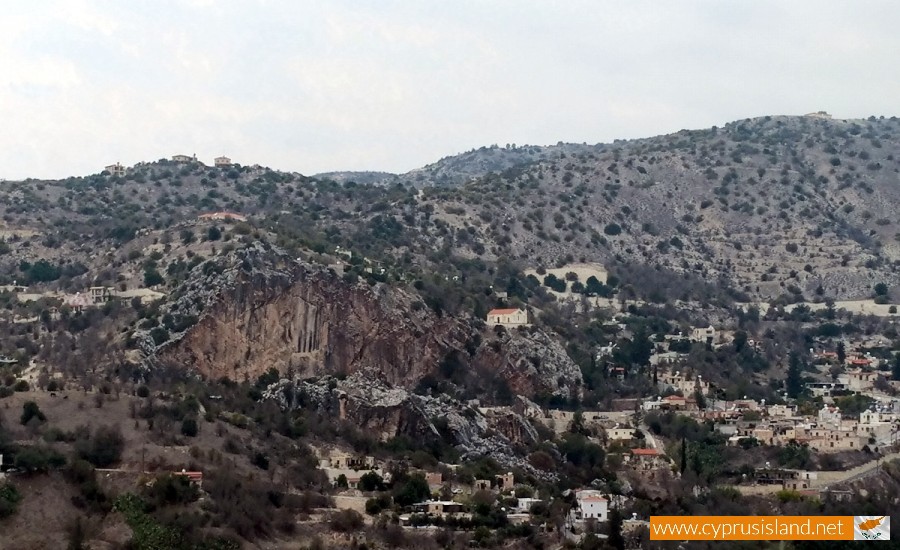 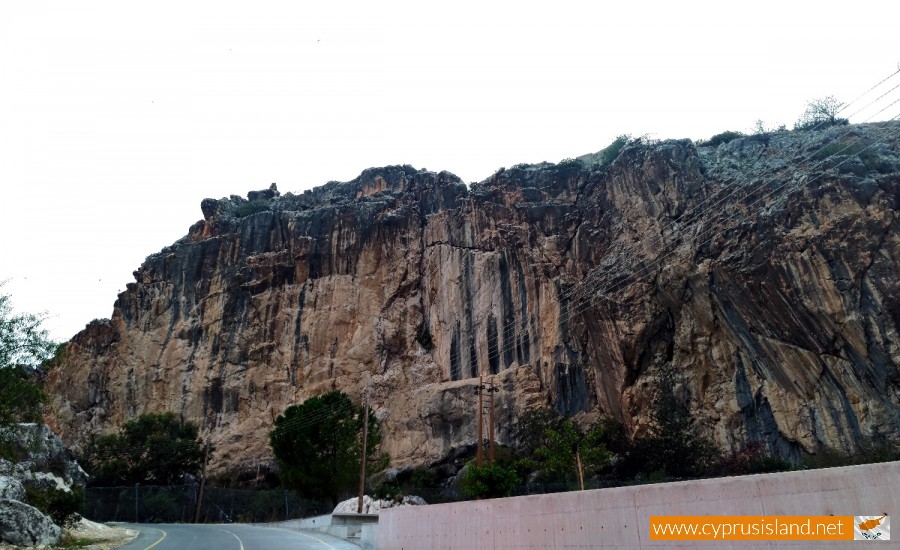 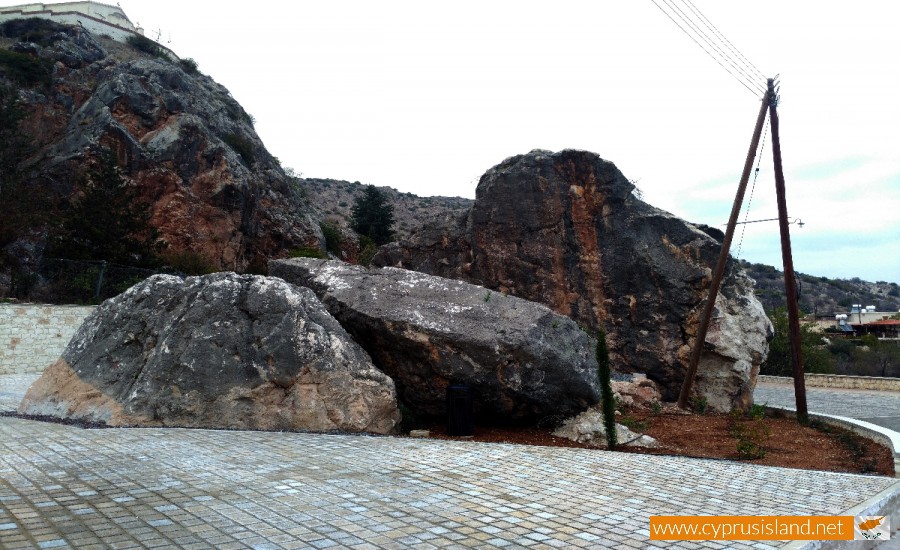 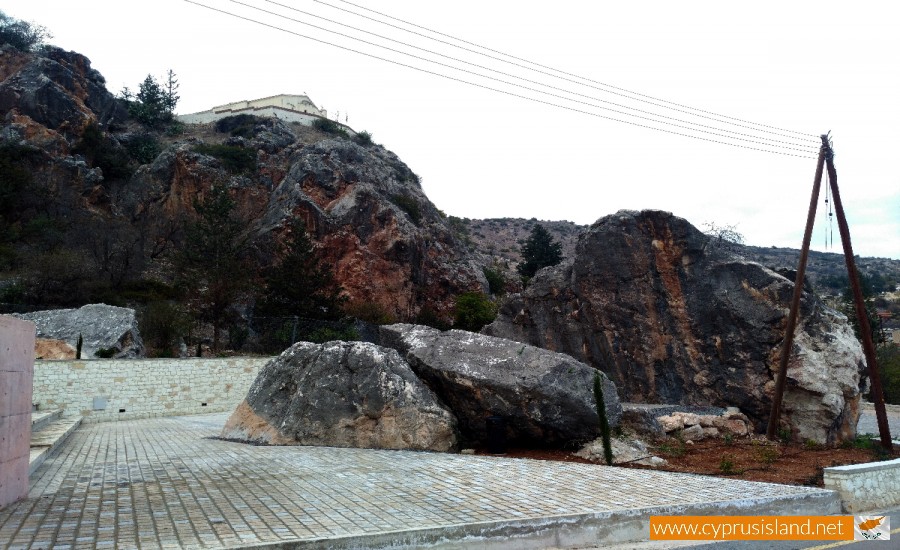 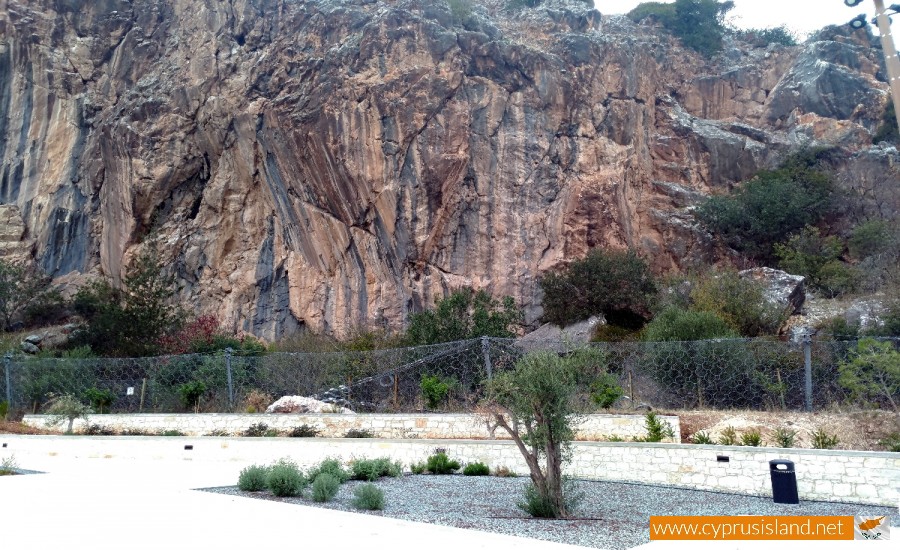 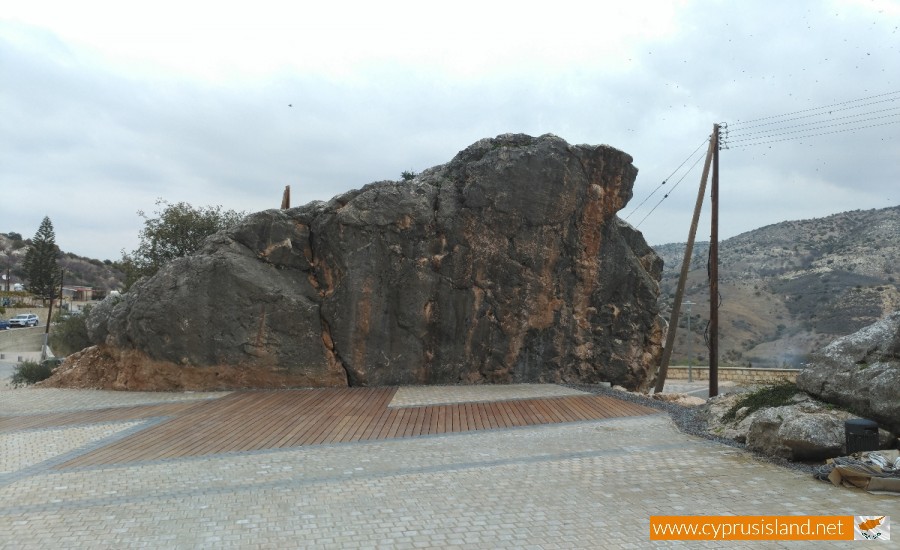 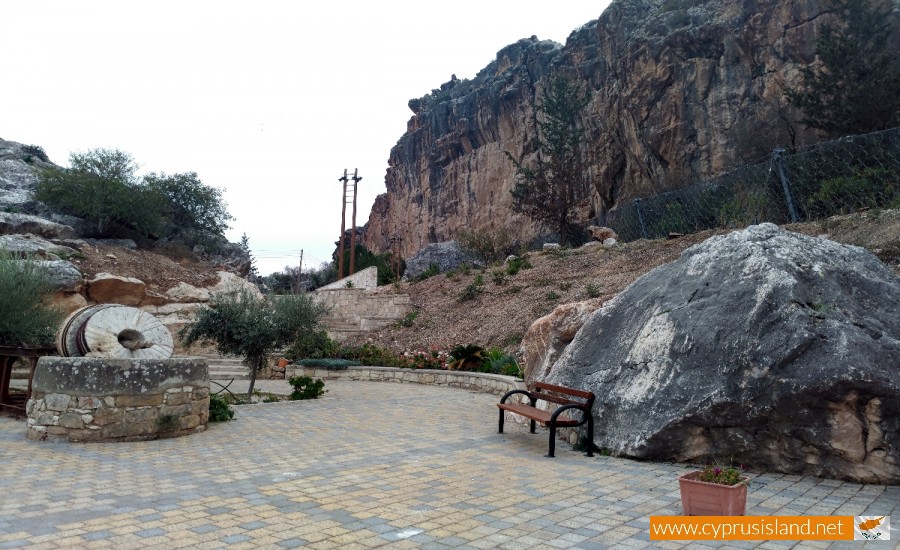 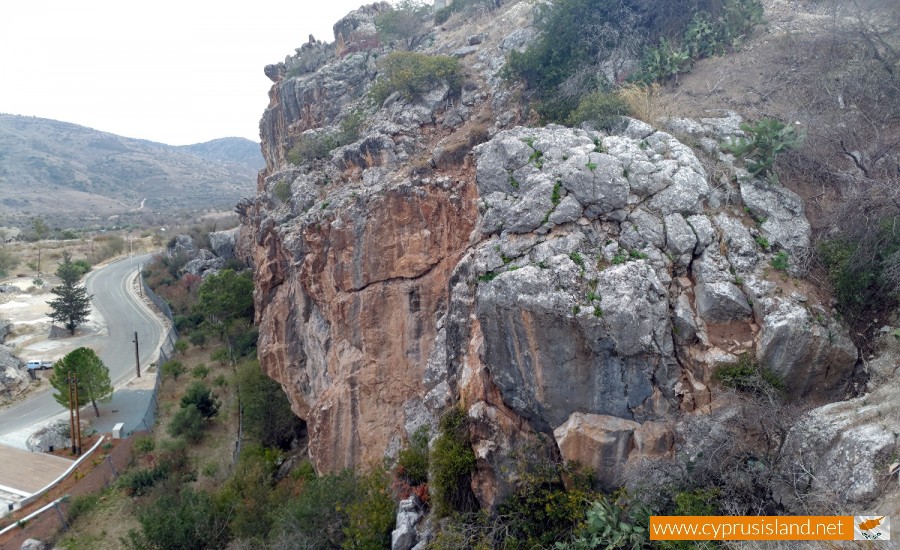 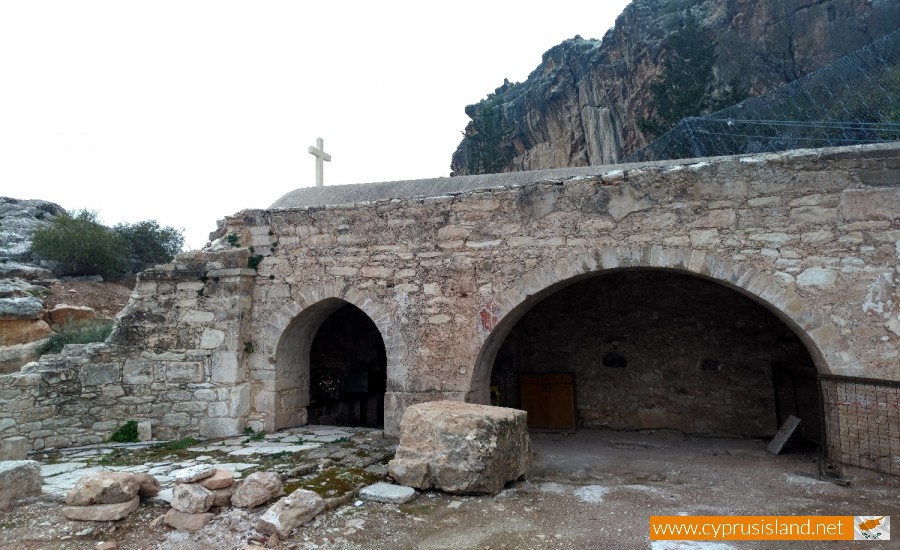 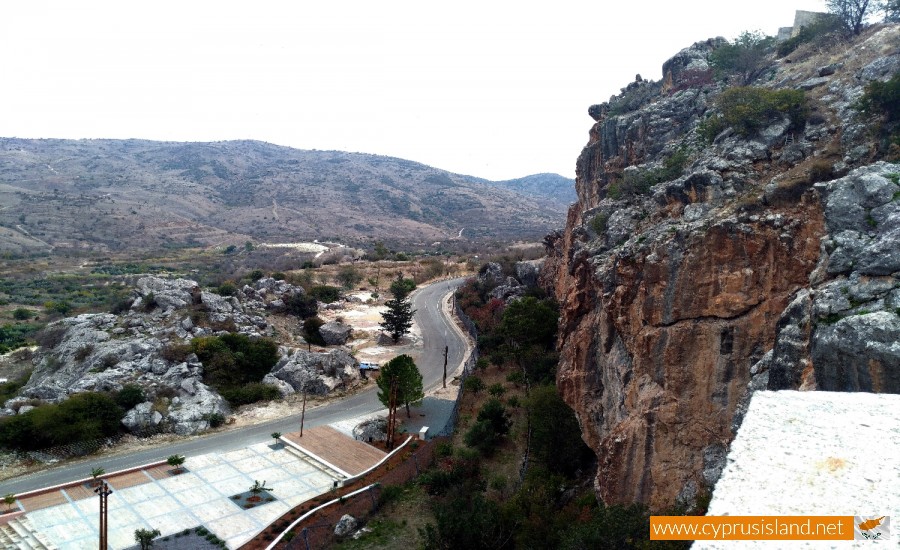 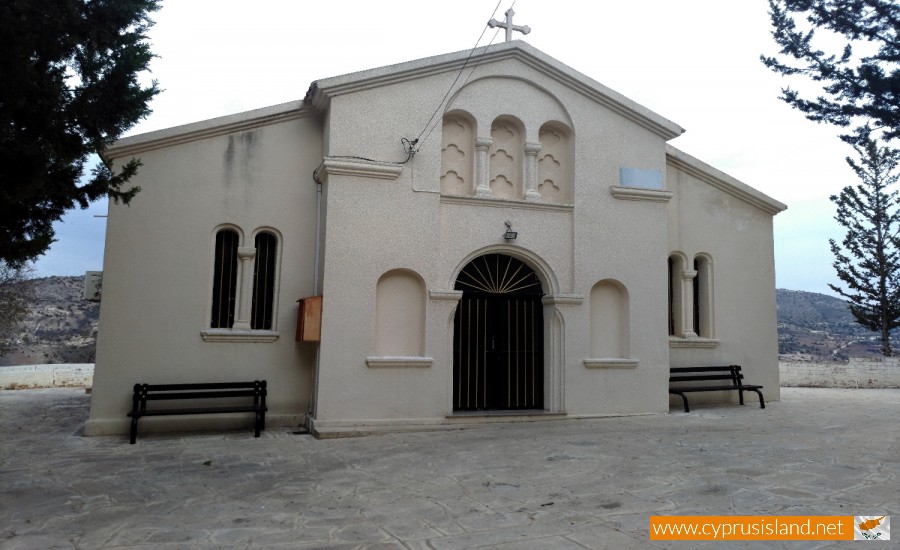