The Paralimni Windmills are situated in the area of Paralimni in the Ammochostos district. Most of the windmills are located in an agriculture area of Parlimni but there are also many in the village of Sotira due to the increased need for the kolokasi vegetable.They have always been the trademark of Ammochostos as the residents have used wind energy for one hundred years. The metal construction and the lofty stature provided the farmer of Kokkinochoria ease in his fight for day-to-day involvement with agriculture and livestock.

According to the residents, the first windmills appeared in Cyprus during 1912 and their main operation was to pump water from the wells, for agriculture purposes. The first resident to own a windmill in Paralimni was Zouvanis Yiannoukos. The importers were Symeon Perix from Larnaca who imported them from Chicago, and Visperides who imported them from Canada. The new windmills that were brought in 1922 had a cover over the machine which allowed putting oil into the machine automatically.

The windmill operation occurred with the release of the rope, which held the propeller locked and which revolved according to the wind. The propeller was made in such a way so that it would revolve without any difficulty even with a small extent of the wind.

A well was made at the base of the windmill, which the water pump was placed in. the revolving movement of the windmill would force the pumping of the water into a tank which also operated as a storage area for water which that was used for  watering.

In 2015, the Paralimni Municipality decided to fix all the old windmills which were destroyed due to weather conditions as well as not being maintained. The Paralimni Board had released 50 thousand euros in order to fix and maintain the windmills, as well as educate technicians who will maintain the irrigation tools. 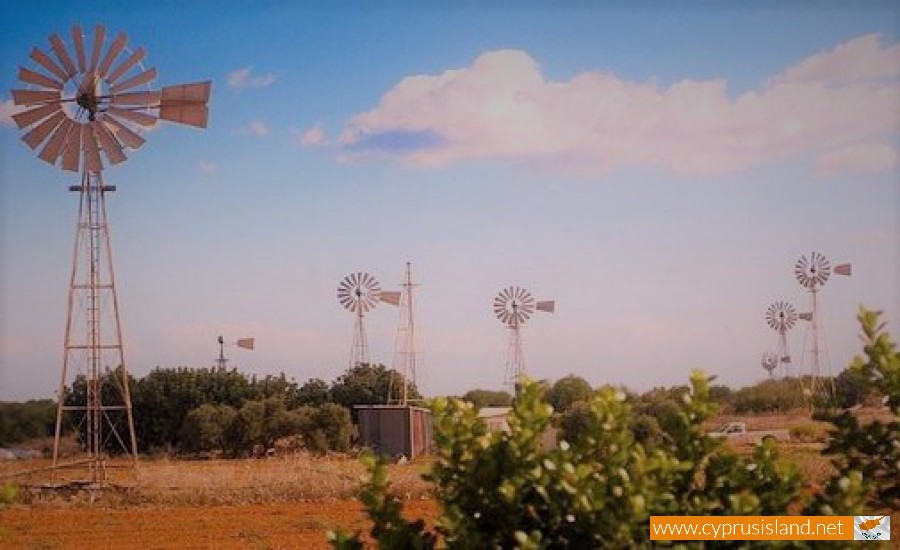 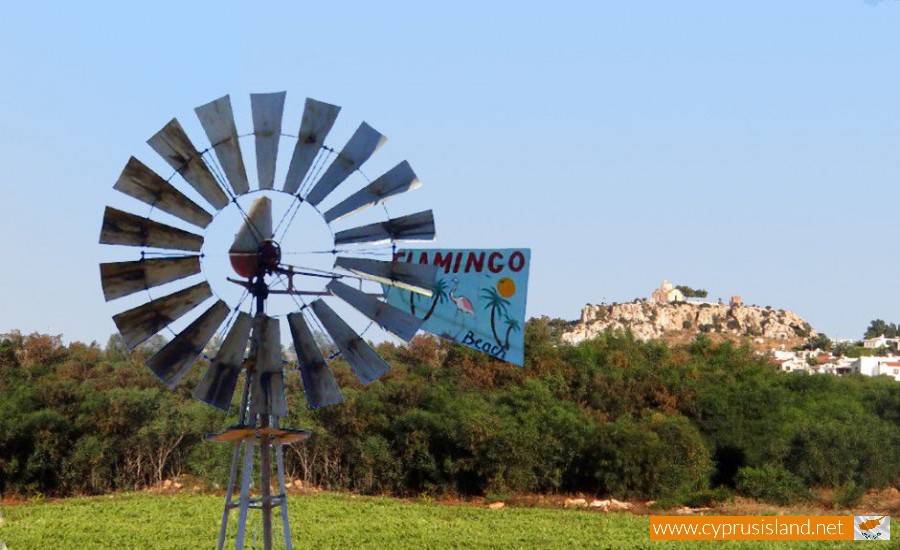 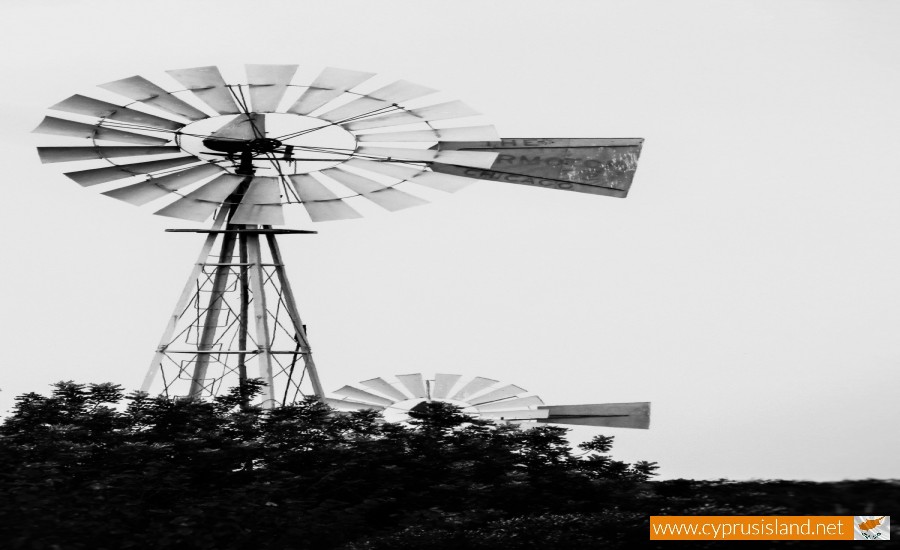 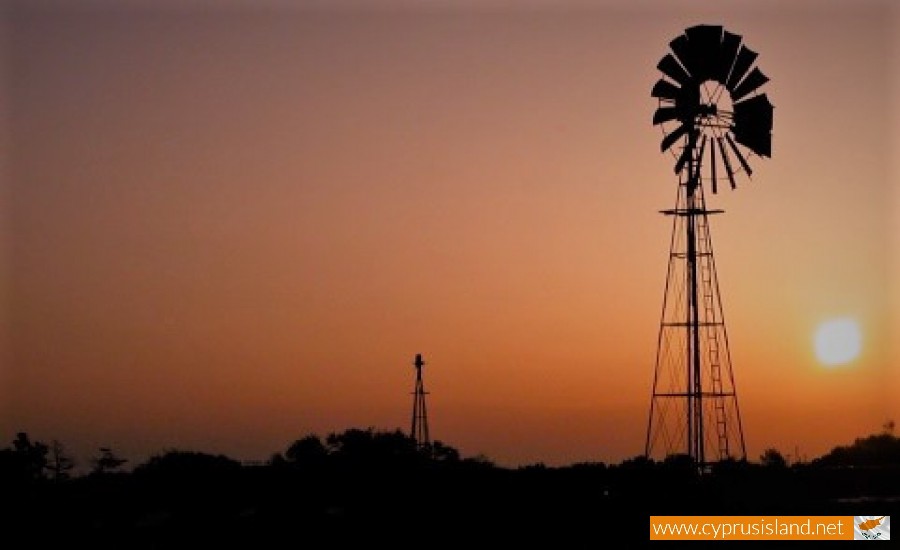 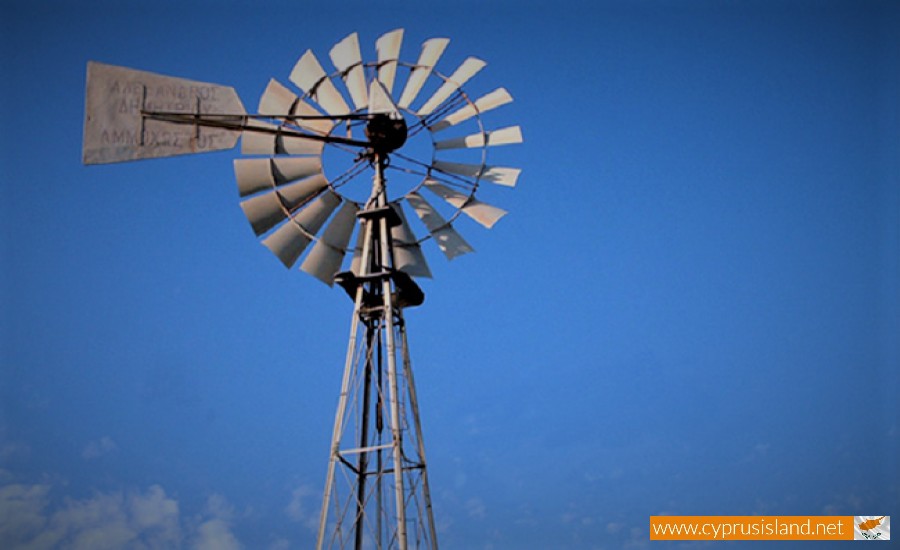