Throni is located northwest of the Panayia of Kykkos Monastery in the Nicosia district. It is situated at a rugged mountaintop, with an altitude of 1450 metres and is directly connected with the nearby Monastery.

During periods of drought, the fathers of the monastery usually took the icon of the Virgin Mary and placed in on the mountain peak where they would request the ending of the drought.

Many believers visit the Throni and tie handkerchiefs or other parts of fabric as offerings to the Virgin Mary.

During 1935 the wooden throne of the Virgin Mary was replaced by a structure made by the architect Philippos Loizou. It is a canopy held by four poles.

For easier access to the area, a road of about 2 kilometres length was opened.

The area was chosen by the first President of the Republic of Cyprus, in order to create his tomb. It is a semi-underground vaulted construction of the architect Andreas Philippou which is located a few metres lower to the north of Throni.

During the same year the area of Throni was regenerated.

The older construction was demolished and in its place, a new temple-like building was made with concrete, combining the elements of byzantine and modern architecture, a project made by the architect Andreas Philippou.

A little lower, to the north of Throni, a specially made square was constructed in 2008 which is where the statue of the Archbishop Makarios III was placed.

The project was made by the sculptor Nikos Kotjiamanis and was originally placed in the Archdiocese garden in the area of Nicosia.

The areas at the Throni area as well as the tomb of Makarios and the stature of Makarios were connected after the decision of the Mitropolite of Kykkou and Tyllirias Nikoforou.

Also an important number of mosaic compositions were places along the length of the areas.

During 2011 a new temple is being constructed by the plans of the architect Ioannis Kopsacheilis, which will replace the previous temple that was demolished.

It is an octagon shaped temple with sculptured copper statues of Jesus, the Virgin Mary, the apostles and prophets. 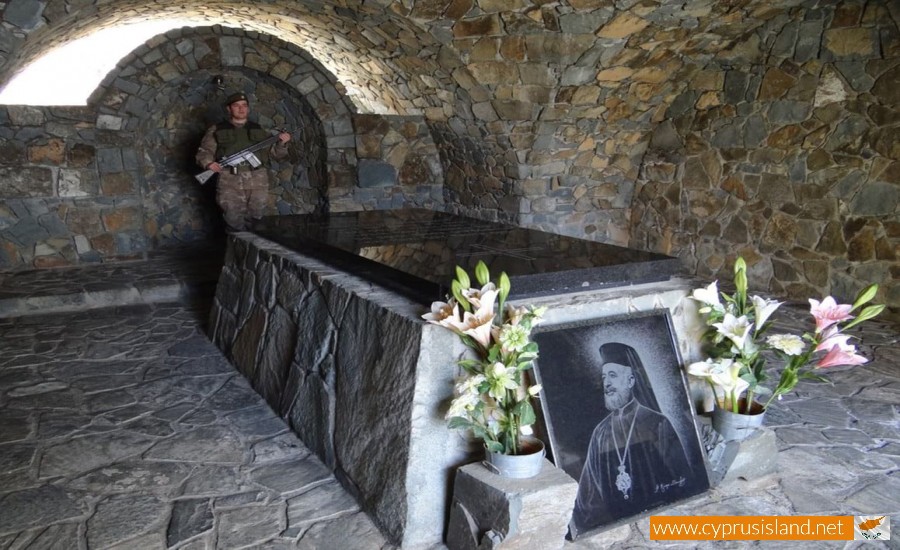 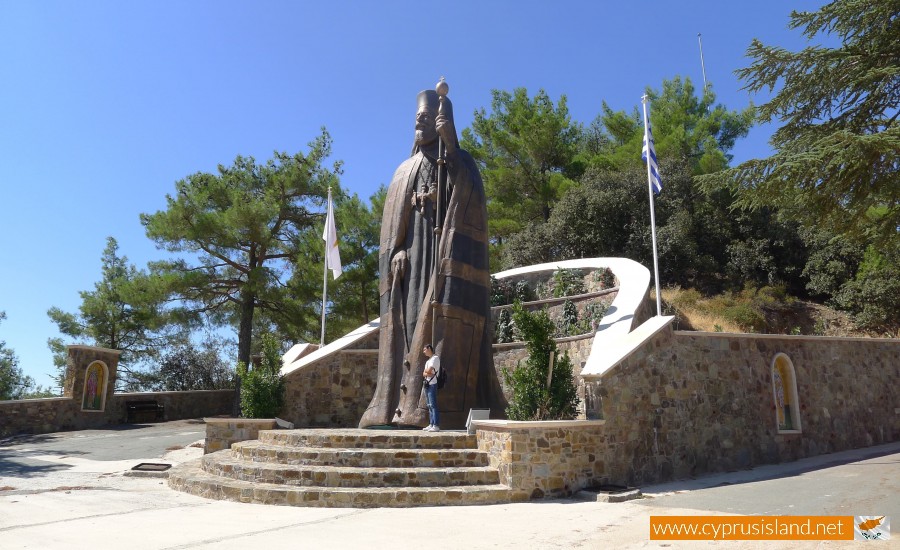 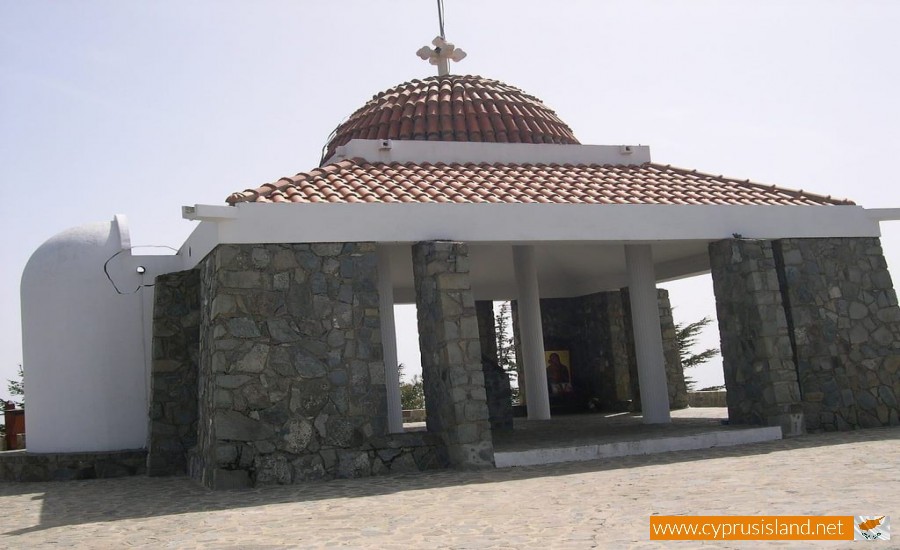