The Skarfou Bridge is located in the abandoned village of Skarfou, situated between the villages Evretou and Sarama in the Paphos district.

The last residents of the village seem to have abandoned it in 1931. It is a stone built bridge, single aisled with an arched opening of 8, 50 metres width and 2, 75 metres length. According to the engraved inscription, the bridge is dated to 1618. The bridge passes over the Stavros tis Psokas River, which ends at the Evretou Dam. With the passing of time, the water flow has diverted and does not completely pass under the bridge arch.

The bridge forms an important part of traditional heritage. Even though it has been left to the elements of nature, unmaintained and side-lined, it used to be a part of everyday life and a main point for the road network. Despite the priceless value though, it has not received the proper attention and maintenance.

The scene that the bridge area composes in combination with the river, refers to another era for those who miss the good old days where people did not have the stress of everyday life. Its great cultural value is also shown by the fact that the Skarfou Bridge is used as the Simou community logo.

In order to get to the bridge follow the road from Polis Chrysochous towards Simou village. After the village of Giolou and the Evretou Dam turn left and the road will lead towards the bridge. The road is quite good and the Stavros tis Psokas River flows along the length of the road, ending at the dam. 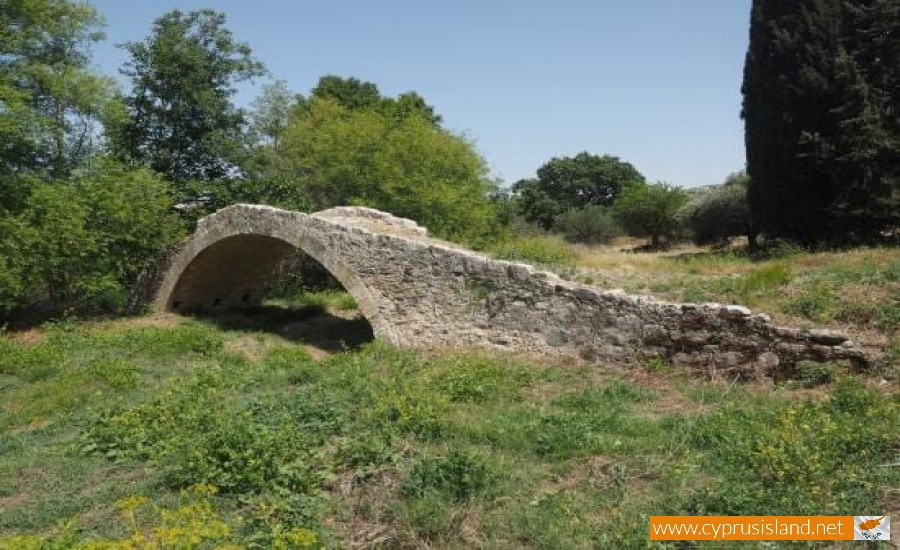 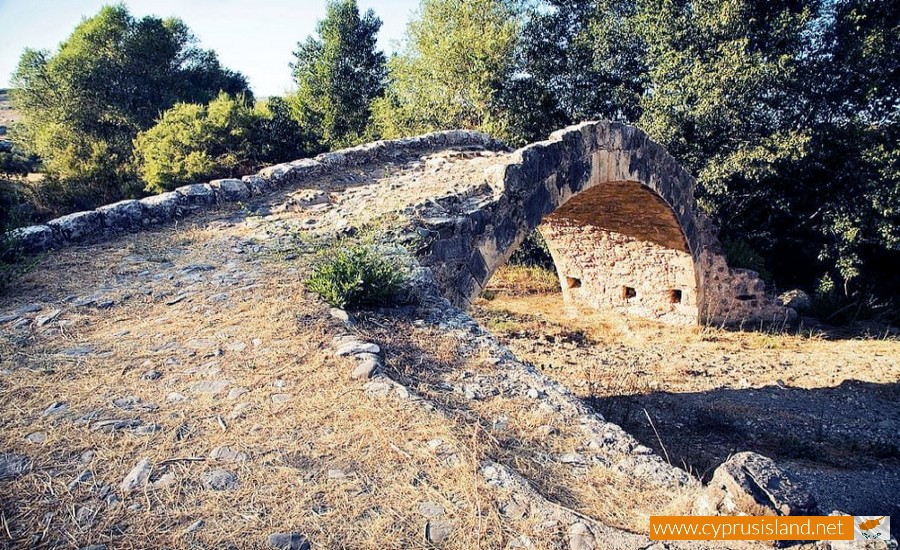