Ypsonas is a province in Limassol and has been an independent municipality of Cyprus since 2012. According to the inventory in 2011 it had 10916 residents.

Ipsonas is located about 7 kilometres west of Limassol. The south part of the village belongs to the British Base Acrotiri-Episkope.

Ipsonas is built at an altitude of 90 metres. The village area has an inclination from north to south. The altitude decreases from 479 which is at the north to 90 at the village and to 20 at the south.

Ipsonas has an annual rainfall of about 440 cm of rainfall and in the area vineyards, citrus trees, almond trees, olive trees, carob trees, wheat and a few fruit trees are grown.

Today Ipsonas has a blooming industrial development. The number of people which work in this industry is the fourth largest in the Limassol district. The main kinds of industrial factories are charcuteries, cheese factories, saw factories, metal and nickel panting, the construction of fridges, concrete stones and concrete pipes, the construction of wooden furniture as well as the packing of farming products. Apart from agriculture, livestock and industry, another large part of the village is occupied in other areas such as hotels, restaurants, trade, transportations and services.

The population increase of Ipsonas from the last century until today has been thematic. In 1881 the village had 3 residents which increases to 4 in 1891. In 1901 the residents were 167. In 1931 the residents were 256 and in 1946 they increases to 492. In 1960 they increased 1496 and to 2043 in 1973. In 1982 the residents were 3061 and in 2001 the population reached 6250. Even though Ipsonas is considered to have been created during the early years things were not exactly that way. Ipsonas existed from the medieval ages. In De Mas Latri includes Ipsona in the villages which were owned by the king himself during the Frank period. The village is noted down as Ipsona in many old maps. The village was probably destroyed in 1426 when the Mamaelouki of Egypt invaded Cyprus from the Avdimou bay, attacked Episkope and went towards Limassol which they occupied. It may also have been destroyed in 1570 with the invasion of the Turks in Cyprus when they took over Limassol until Polemidia. Later on many residents of Lofou would go to Ipsona to plant seed in the field. These people would leave Ipsona from January until May and then from August to November. In the end many of these migrating farmers stayed in Ipsonas permanently, leaving Lofou and other neighbouring villages. This began during the period of the British Rule. The love of the fields found by the residents of Ipsona can be seen from the fact that many of them also have land property in the neighbouring areas. Some of these are Erimi, Kolossi, Kilani, Paramitha , Alassa , Polemidia , Trachoni and Kandou. Today Ipsonas follows a steady economic and population development. It extents along the Limassol-Ipsonas road as well as around the village. It has been transformed into a modern community and attempts to restore the few traditional houses which are left in order to remind its residents and visitors of its long-term history. 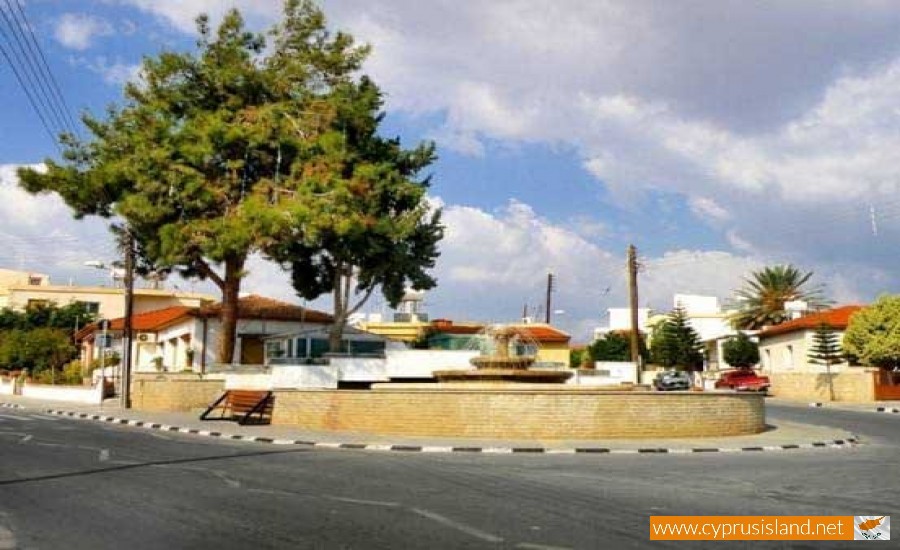