Askas is a small village in the Pitsilia area in the Nicosia district. It is located at the north side of the Troodos mountain range, at the bottom of the Papoutsa mountain at an altitude of 900 metres above the see level.

The village is located near the borders of Nicosia-Limassol and is about 50 kilometres from Nicosia and two kilometres west of Palechori. It has an annual rainfall of about 800 cm and in its area vineyards, fruit, vegetables, walnut trees, olive trees, almond trees and mostly cultivated.

The village is connected with Palechori to the east and from there with Nicosia. It is connected to Agro to the southwest and with Alona, Polystypo and Kyperounda to the west.

As all villages have their specialties, Askas also has its own. The village presents many characteristics which give it a unique beauty. With one house stuck on the other and the narrow alleys along tall stone walls it looks like a bird nest in a rock.

The houses, apart from the newer ones, are all traditionally built with local materials. The stone, the soil and the wood from the trees in the surrounding mountains. The roof tiles were all made and prepared in the village.

The history of the village is lost in the depth of time. Nobody knows exactly when it was built and when the first people settled down there. A particular witness is a date which was located at the basement of a house. It was covered with a thin layer of clay. One day somebody touched it and the clay peeled off. The date was 1381. This meant the village existed during the Frank period without meaning that it did not exist earlier as well.

A school operated in the village during 1898. In the church code there is a lot of information about the last 160 years, where the amount of 252 grosia is written in the church expenses for the school right. In 1902 with expenses given by the church the first school village is built. It is located in Kato Gitonia next to the Stavros Church. This school is mentioned as the first all-girls school in Cyprus. Today people call it Skolioudi.

Tradition mentions that during a time Askas only has eleven families. It is also said that there were once 14 jewellery makers and 7 priests. This shows that during the passing of time the village had periods where it had a vibrant life. Until the beginning of the 20th century a police station also operated in the village. Today the old police building has been restored by the department of antiquities. There are thoughts about turning it into a museum.

In the village there are two churches. One is of Timios Prodoromos and the other is of Timiou Stavrou. There is also the chapel of Agia Christina which today is called the Chapel of Agia Paraskevi.

The village is not included in the list of the Louzinian-Venetian feuds and royal feuds of Mas Latri. It is however possible that the community Asta which is located on the Venetian maps is Askas. According to one version the name of the village is due to the first resident who dealt with the construction of askon. Another version mentions that it took its name from a rich medieval family with their last name being Askas.

The excellent position of the village, its wonderful climate, the natural environment which surrounds it are what will create the victors reaction to the village and carve it in their memories.

Northwest of the village at a distance of two kilometres is the chapel of Agia Christina. It is unknown when the chapel was considered to be in honour of Agia Christina. It is built on a hill on a majestic location. To the east and south there are valleys and gardens. To the west is the Pyros Mountain covered in pine trees. It took the name Pyros due to the red colour of the ground. To the north is the pyramid mountain of Hainatou. According to tradition it took its name from some robbers who were called Hainides and lurked in the area. Both wild and peaceful join at the area where the chapel is. The chapel is connected with a good road, the main rods of Aska-Fterikoudiou.

It is a church made of one room, a Royal architecture with roof tiles as all the churches in the area of Troodos. Its architecture has been preserved well without differences. Specialists claim that the church was previously extended to wards the west where the iconographies finish. There is also the one unique window was originally a door.

The church was built in 1518. Its donator were Konstantinos Mardakis and his wife Madelen. This is written on an inscription in the interior of the church above the window. The altar and half of the church is filled with iconographies. The iconographies have been restore by the department of antiquities during 1993-1994 and are wonderful. It is possibly a project of Symeon Axenti who lived and created during this period. 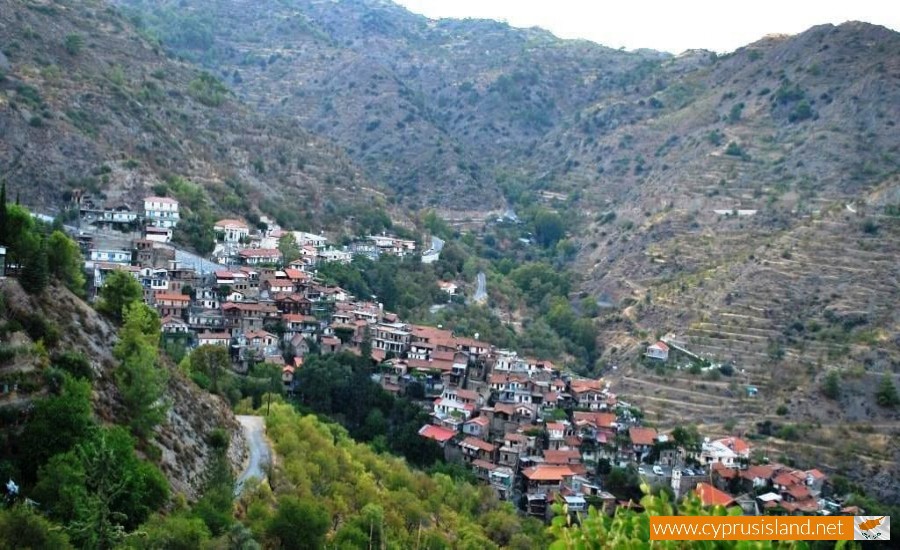 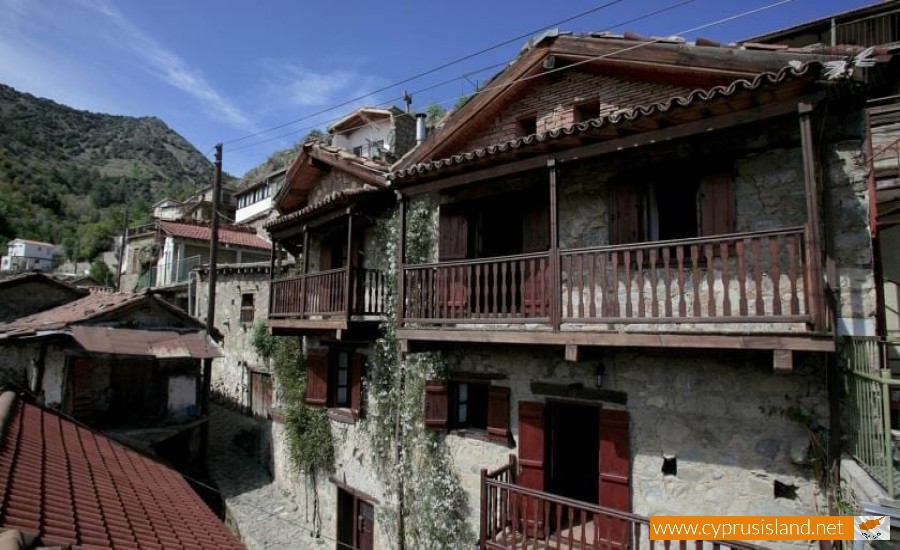 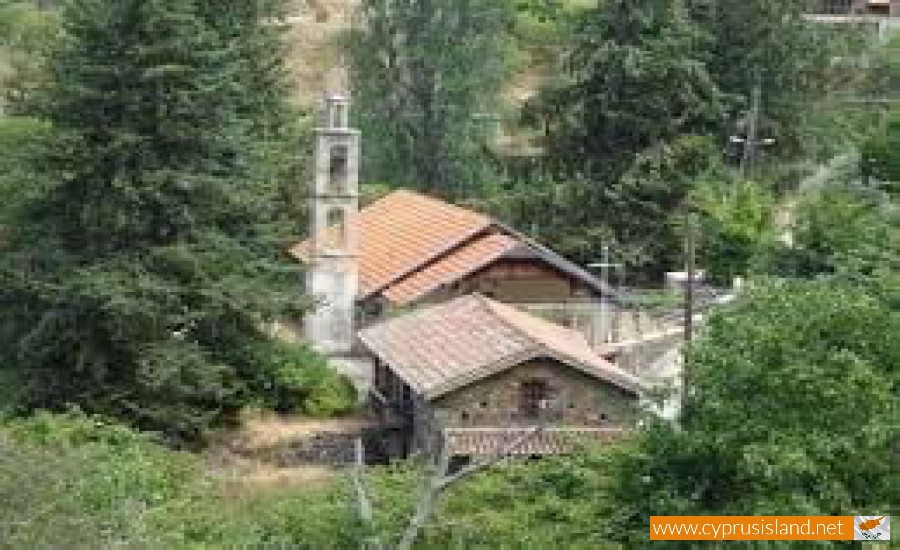