Galini village is built north of the district of Nicosia, at the Morphou bay. It is about 2 kilometres from the sea and is an altitude of 300 to 400 metres.

The settlement borders with the local communities of Loutrou, Varisia, Ambelikou, Kambos River and Karavostasio. With a clear horizon you can see the shores and the mountain range of Tavrou in Turkey. Galini is about 25 kilometres away from Morphou and 65 kilometres from Nicosia.

There are many opinions as to how the village received its name with the most prevalent one being that it took its name from the peace which is found in the natural area.

At a close location to where Galini is today was the ancient kingdom of the Greek town Soloi. The King was Filokipros who founded the city due to Solona who advised the King to move there from Epia because of the unhygienic climate. The laws of the new town were written by Solonas and therefore the name took his name.

Galini was occupied by the Turkish army during the Turkish invasion on the 4th of September 1974 following an unexpected attack at 3 o clock in the morning and while many old people remained in the village. Most of them were arrested by the army and were missing ever since. The village was then divided into two parts, one which is on the occupied part and the other is in the dead zone.

Today Galini is uninhabited due to the Turkish occupation and due to the fact that the dead zone is restricted. It residents were forced to move to the rest of Cyprus , while others went to the United Kingdom , Canada , Australia and other countries.

During the inventory of the Cypriot Democracy in 1960, the community of Galini was a large settlement with a total of 1265 residents. During the 1960’s it is mentioned that the primary school had about 130 students. The residents of Galini were all Greek Orthodox. Once the students finished primary school they could go on to high school at one of the four gymnasiums in Morphou  at the Technical School of Xeros and some could even go on to gymnasiums and Colleges in Nicosia.

Between the traditional village houses and in the area of the church museum, the Chapel of Timiou Prodromou is located. The very old icon of the beheading of John (15th century) is conserved and stored next to the church museum in the community. He is celebrated on the 29th of August.

Outside the village, towards the north is the cave of apostle Varnava which is where his remains were found. Next to the cave, is the chapel of apostle Varnava. It operated twice a year: Easter Tuesday and the 11th of June which we celebrate him. During his celebration, his remains are transferred to the chapel so that the faithful can pilgrimage. 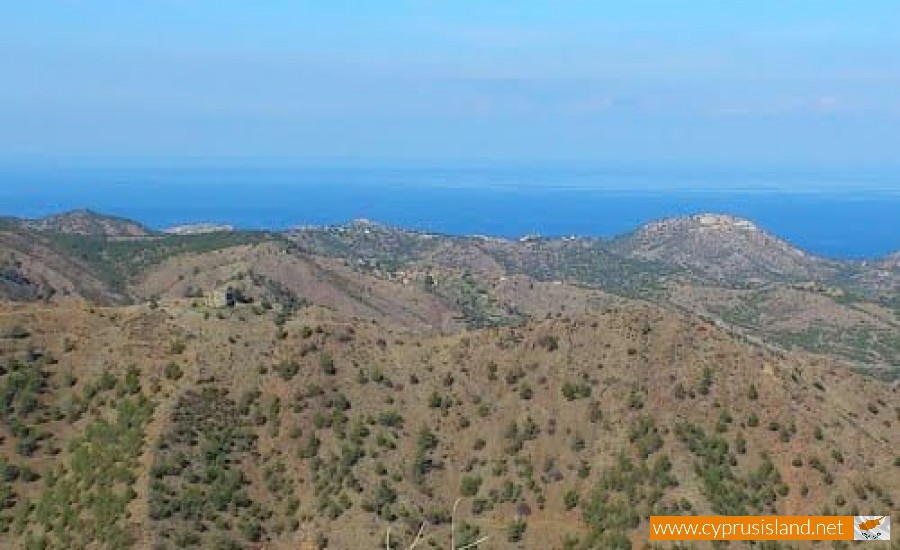