Roses are plentiful in the village of Agros, and the locals use them to create the well-known Agros Rosewater. The rosewater is made from a particular type of rose (Rosa Damascena) and its existence is owed to a famous personality, Nearchos Klirides. Nearchos is the person who taught the rest of the village about this particular type of rose. The specific rose is distinguished for its special aroma and is the ideal type of creating rosewater. A few years later the village owned its first retort, which is a necessary tool for the production of rosewater.

The traditional way of creating rosewater requires the use of the retort which is made up of two basic parts, the cauldron and the barrel that is filled with water. The production has the following stages: The roses are placed in the cauldron where the water is also placed. The traditional calculation sets two and a half parts of water for every one part of roses. In the meantime, the cauldron boils and the water vapours that are created are directed through a copper tube towards the barrel with the water. The water vapours will then liquefy into rosewater.

Rosewater is stored in glass bottles with a dark colour in a dark and cool place. It is widely used in creating syrup for a variety of confectionery products such as baklava, daktyla, machalepi, rice pudding, soutzouko, palouze and kofterka. 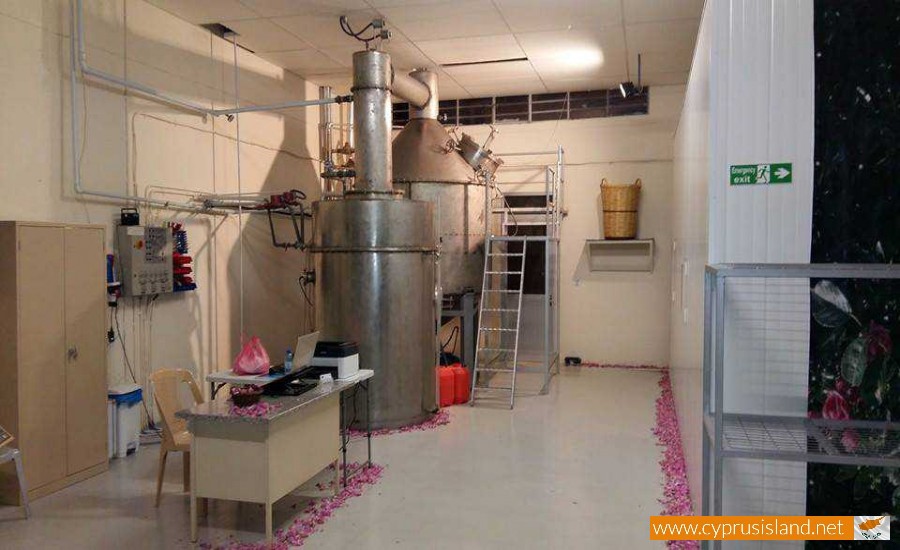 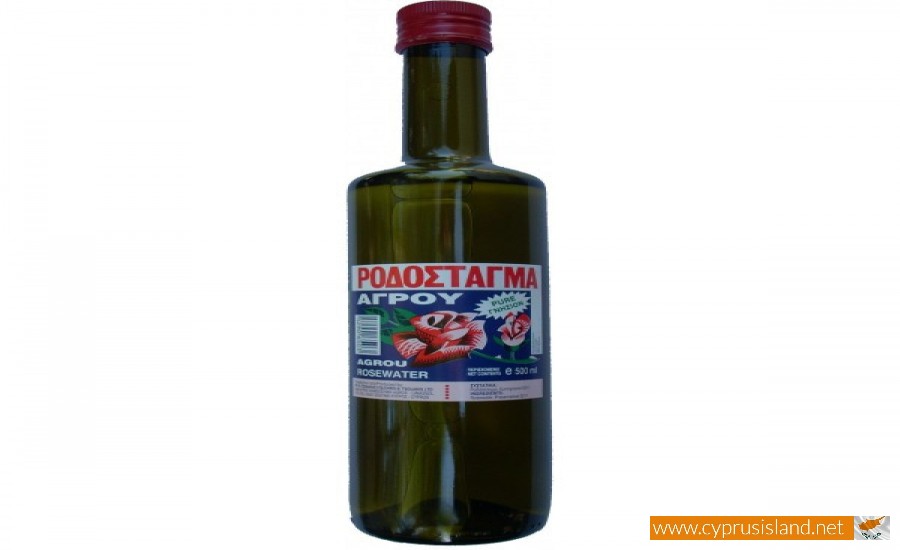 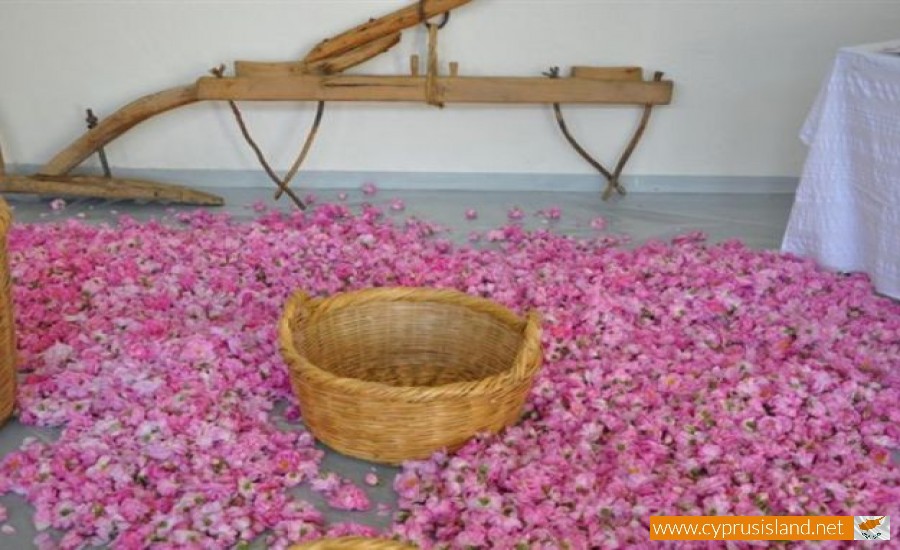 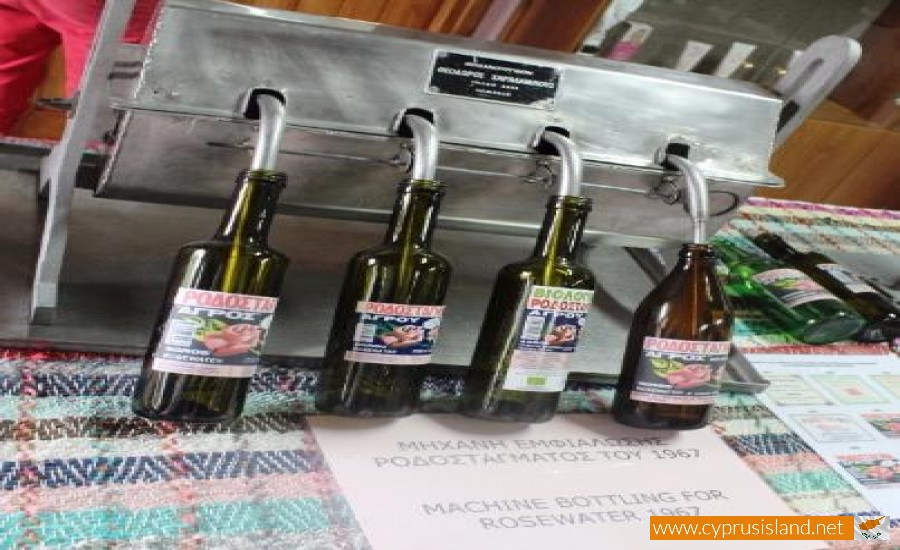 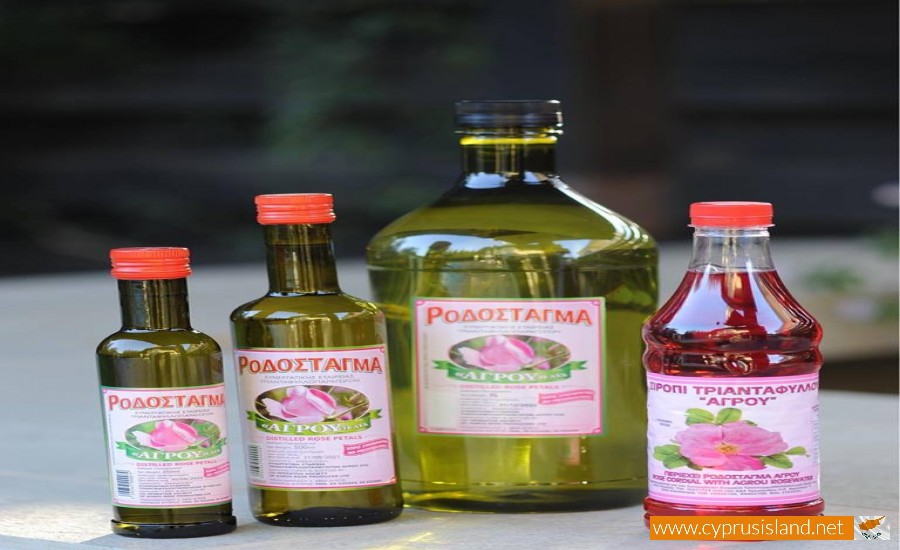 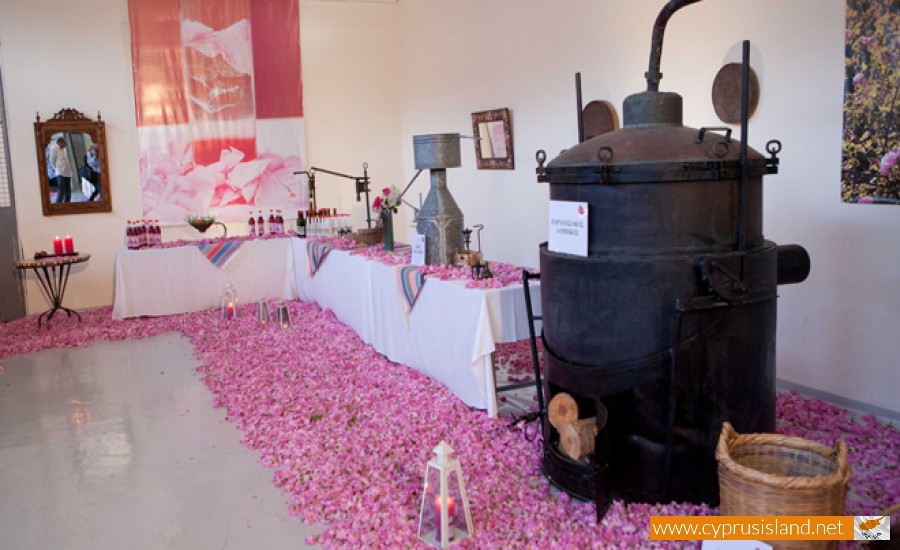