At a point outside the village of Kritou Terra is the Kremmioti River in which water used to flow all year round, while today it only flows during the winter months. Around the river is an idyllic location filled with greenery.

Until recently there were many reasons for someone to visit the village of Kritou Terra in Paphos. During the last two years, there is one more reason which places the village in the most popular destinations in Cyprus.

This is due to the fact that the nature trail has finally been made accessible, and leads to a majestic location which nature itself composed with the water that flows from the Kremmioti waterfall.

The water from the waterfall flows all year round and hits on the rocks, creating a wonderful green carpet.

The large waterfall is uncovered after a hike of 1, 5 kilometres in a difficult nature trail which has been remade and need some attention at certain point.

As the nature trail is on private property, there is a combined attempt to create a new nature trial on the other side of the waterfall.

A resident of the village who was the owner of fields in the area during 1930, wanted to use the water from one of the four watermills which the waterfall moved, in order to water his fields.

Therefore he carved the rock which forms the cave leading to the idyllic location. The hole was much larger but after many years stalactites and stalagmites were created which made it difficult for anyone to get though. ­­­­

The waterfall is located on the east side of the village of Kritou Terra and there are signs leading there. ­­­­­You should take towels and cases for your phones and cameras as it is sure that you will get wet. 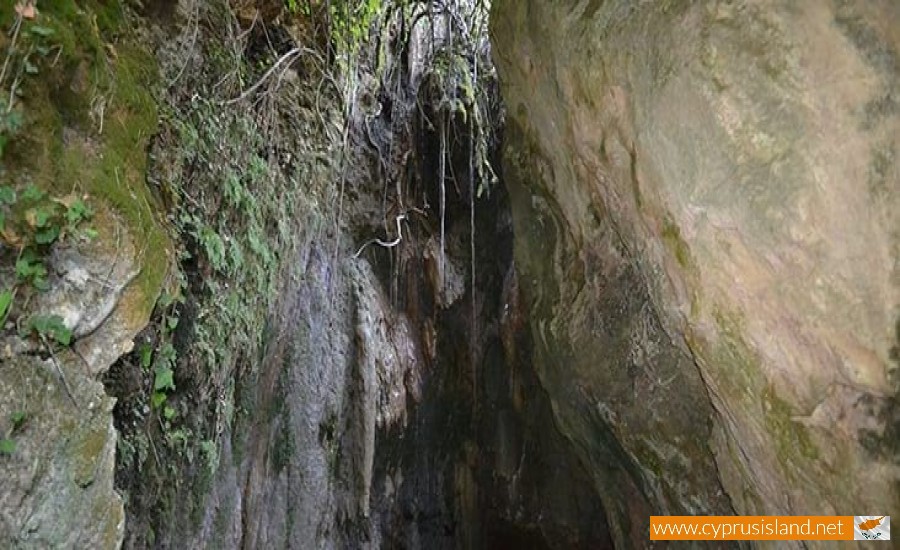 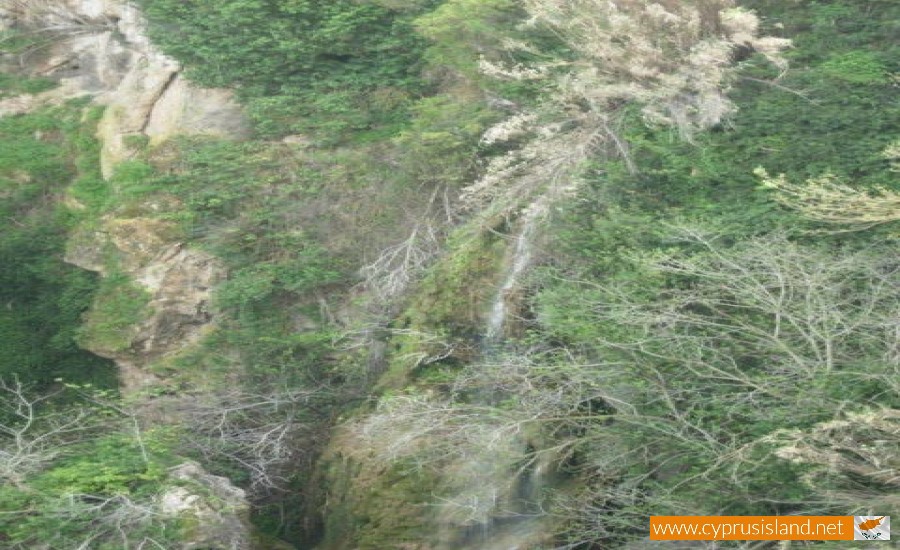 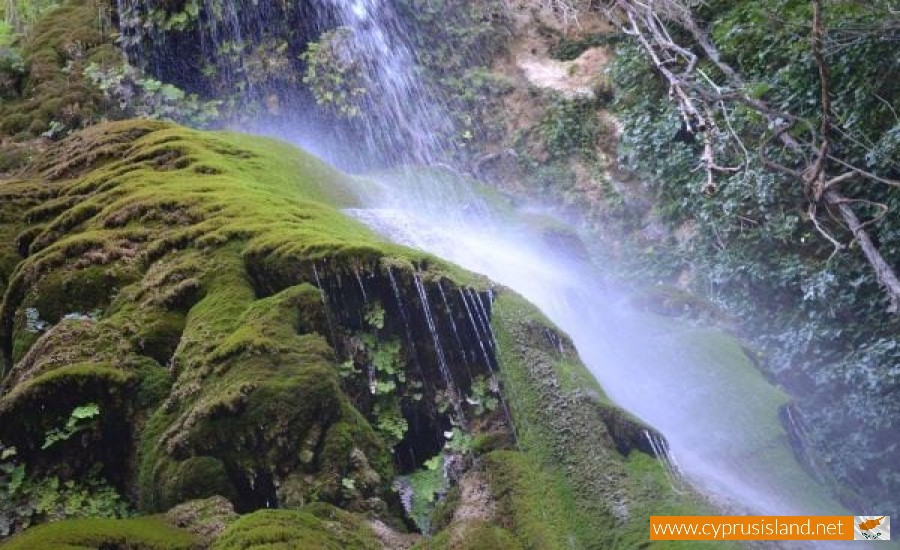