Yeronisos is a small island which is located in the west coast of Cyprus, in the Saint George Peyia around 18 kilometres north of Paphos.

It has not been inhabited since the 15th century, while recent excavations have revealed that it was once dedicated to Apollo in the late Hellenistic period. The island has an extent of 26.000 square metres and a height of 21, 65 metres from the sea surface. Geologically the island is made up of a hard calcareous crust of the Pleistocene sea terraces which passes over a soft core of Marl.

The name Iera Nisos (Holy island) is ancient. Plinios talks about an island which is called Era and is located in Paphos and Stravon mentions a place called Ierokipis near Paphos and Akamas. It is possible that the name refers to the altar of Apollo that existed during the 1st century B.C which was possibly a favourite pilgrim destination.

The island was excavated for the first time in 1982 by Sophokli Hadjisavva, after a request to construct a hotel on the island. After realising the existence of Hellenistic ruins on the island, he stopped all attempts for construction on the island. During 1989, Joan Breton Connelly from the University of New York heard about the project and was impressed by the material which was added to the excavations at the time.

The excavations brought to light three periods of occupation on the Yeronisos. The early Chalcolithic period (3800 B.C), the late Hellenistic period (80-30 B.C), and the Byzantine period (6th – 7th and 13th centuries). The most intense period was the late Hellenistic period which was the era in which Cleopatra ruled Cyprus. According to Connelly, an altar was built for Apollo in order to please the God as well as thank him for the birth of her son with Julius Caesar, Cessarion. Connelly also adds that at the time Cleopatra was the only one with the resources to build on such an island surrounded by cliffs.

During the early Byzantine period, a Christian Basilica Church was built , completing the other three which were built in Saint George of Peyia on the opposite shore. The excavations made by the University of New York have shown that the island was possible considered to be holy from prehistoric eras. Indication were found from the early Chalcolithic period (about 3,800 BC)  as there was a number of stone tools , a statue of a woman and a bead.

East of the habited part of the island there were four large storage areas made of bricks. There were used to collect the water from the rain as there was no other way to collect water from natural springs or wells.

During the early Byzantine period there was a large amount of carved stone found from the Hellenistic period. It is without doubt that these stones were used as building materials for the construction of three Christian Basilicas at Saint George, Peyia.

During the 1st century B.C Joan Breton Connelly assumes that the families took the boys to the Yeronisos as a ritual of passing into adulthood. A circular platform was found which was possibly used as a dance platform, while inscribed shells prove the fact that the children learnt the Greek alphabet, and that a school for boys possibly operated on the island which was part of the temple.

Other findings on the island involve coins, ceramic, glass and inscriptions. The asbestos charms which were found are similar with those used in the worshipping of Apollo. The island seems to have been abandoned during a catastrophic earthquake during the 1st century B.C/A.D. Activity begins on the island again during the 6th century A.D when a small tank and animal shelter was built. 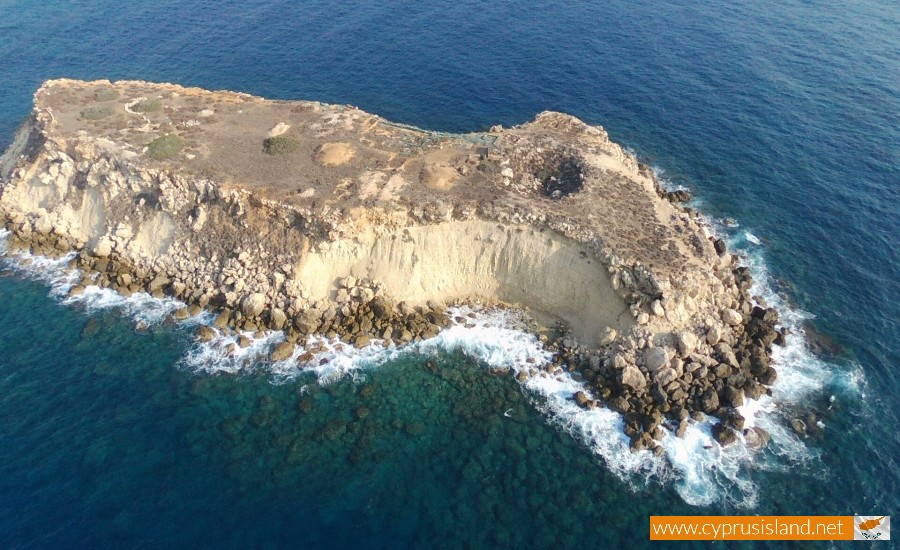 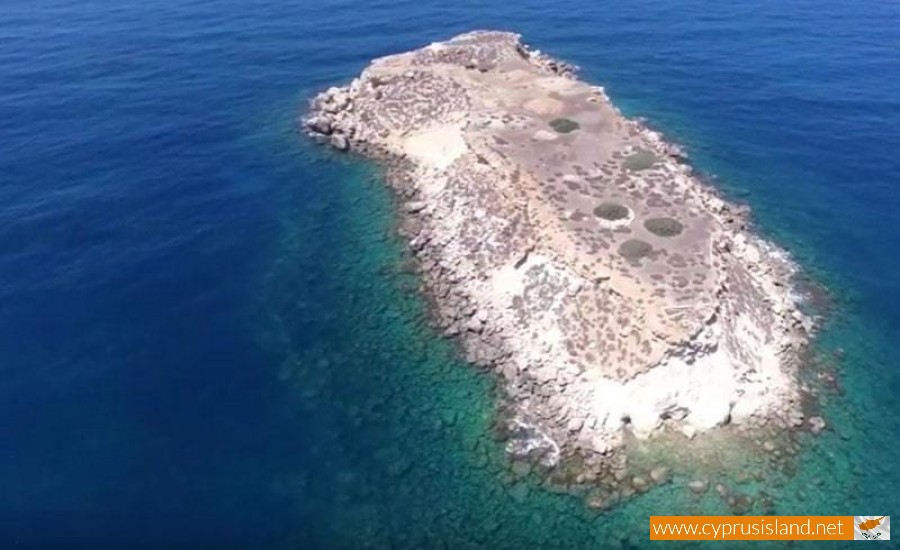 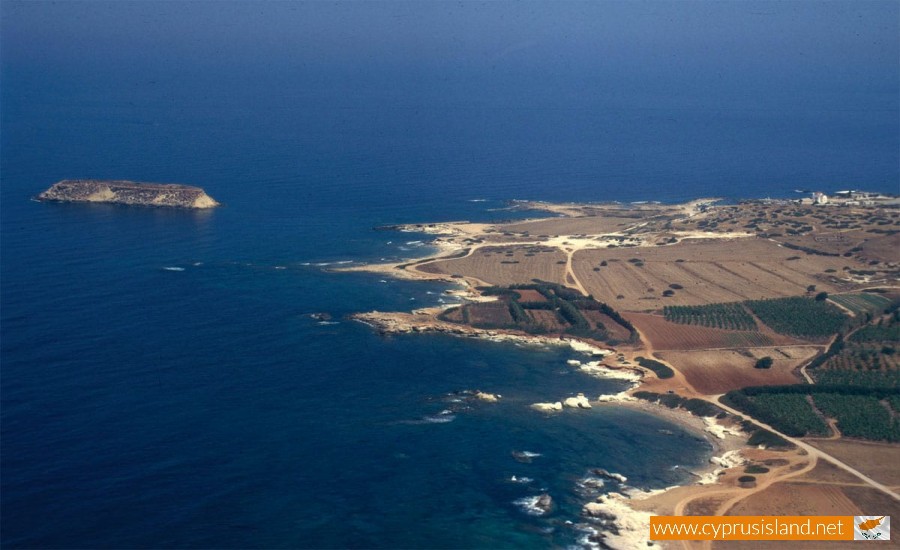 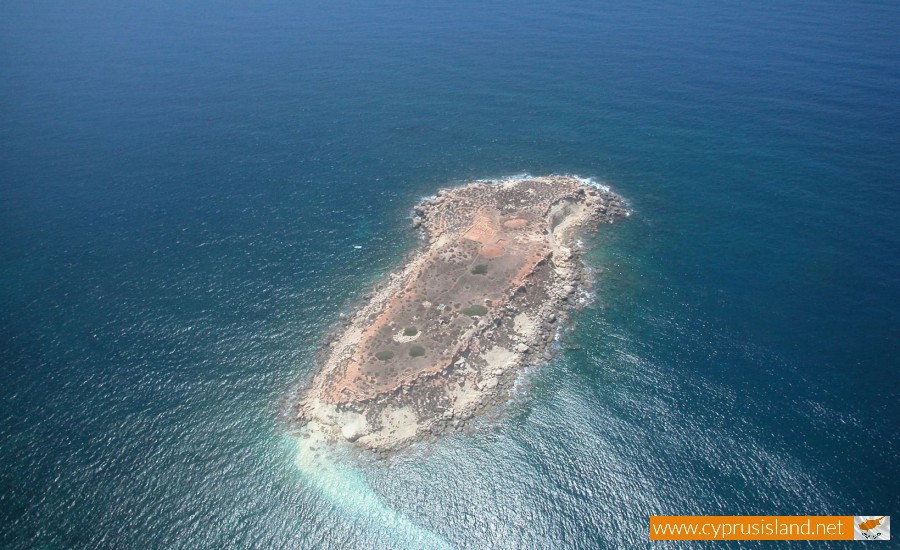 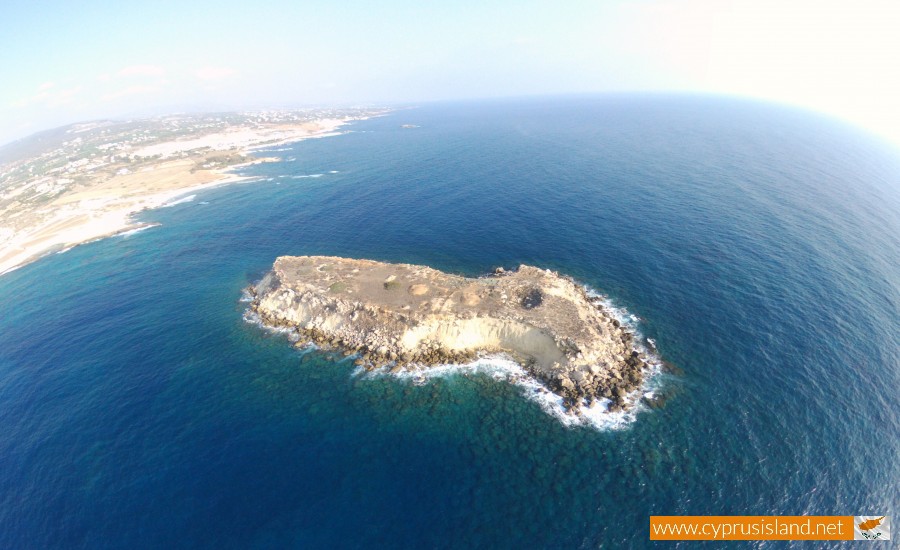