Liopetri is a village located in the Ammochostos district. More specifically it is situated at the southeast part of Cyprus, at an altitude of about 40 metres above the sea level. The village is about 5 kilometres from the sea and neighbours with the villages Xylofagou, Frenaros and Sotira. Liopetri village is also one of the Kokkinochoria villages which are called “red villages” due to their red soil which is also very fertile.The natural environment is beautiful as the view of the blue sea combines with the green colour of the vegetation and the red colour of the earth.

According to tradition Liopetri was the extension of the ancient town of “Thronou” which had views towards the sea and controlled the area. The particular area is located between the chapels of Agiou Efstathiou and Agia Theklas. The residents however abandoned the seaside town, due to raids and established the settlement towards inland for security reasons.

The village owes its name due to the few rocks which were found in the village compared to the other neighbouring villages. Along with the existence of many carved caves this reasons is even more acceptable.

Liopetri village is considered to be one of the advantaged villages due to the fact that it belongs to the Kokinochoria. The soil in the village is red and filled with nutrients and vitamins. This is what makes the potatoes from Liopetri well known for both their quality and taste.

The residents of the area occupy themselves with the cultivation of wheat, citrus fruit and vegetables. The main products in the area are potatoes, kolokasi, carrots and others in smaller quantities. Fishing is another popular occupation in the village as well as hobby as it is an activity that relaxes and offers a meal. During the summer and winter the fishermen go out into the Liopetri River bringing back nets filled with fresh fish which is then offered in the fish restaurants and surrounding taverns in the village.

Many other residents who did not own farming land occupied themselves with basket weaving. Until 1976 the largest part of the population practised this occupation. With time however the basket weavers were forced to stop making baskets and focused on the tourist industry which offered higher salaries. Another traditional art which managed to survive until today is embroidery. In the earlier years, each family has at least one member which occupied themselves with traditional embroidery. Today however the modern industry and imports have driven embroidery to its extinction with very few still doing this occupation. In particular there are only two people in Liopetri which continue to use the traditional loom.

The religiousness of the villagers in Liopetri can be seen from the churches and chapels in the village. The Panagia Eleousa Church is located in the village square and is dedicated to the Virgin Mary. It is a small temple and it was built during the 16th century. It is worth visiting to admire the ancient murals and the colourful carved templo, as well as the miraculous icon. During the passing of time and due to the Turkish invasion, the residents increased and a larger church was built in order to accommodate the needs of the community. The larger newer church of Panagia is also dedicated to the Virgin Mary. It is dated to 1987 and encompasses the chapel of Agiou Silianou. To the east of the village is the church of Agiou Andronikou and Agias Athanasias. The chapel was built during the 15th century and stands out for its octagonal dome. Visitors can appreciate the ruins from the murals on the arch. A few metres from the sea is the chapel that is dedicated to Agio Georgio . It was built with very large rocks and it creates admiration to every visitor.To the west side of the sea is the chapel dedicated to Agio Efstathio and the Apostolou Andrea chapel is situated to the west side of the village on the road towards the Avgorou Village.

Liopetri was one of the villages which played an important role during the Freedom Fight against in the British in 1955-1959. The first fallen hero was Modestos Pantelis in his attempt to cut the power out in Ammochostos so that the others could take action. The army base took his name in his honour which is decorated with his statue. There is also a copper statue in the entrance of the village which was inaugurated in 2016. The famous Barn of Liopetri is situated near the centre of the village. This is the location where the heroes Christos Samaras, Elias Papakyriakou, Adreas Karyos and Fotis Pittas fought for freedom. The four statues stand in front of the stone barn facing a copper flag of freedom.

Visitors who see the boats at the Liopetri River have the impression that they are abroad and not in Cyprus. The beautiful small and big boats are next to each other a form a row of colourful boats decorate the river. What is impressive about this river is the shape it has as it has many curves which resembles the shape of a snake. The greenery surrounding the river along with the blue colour of the sea is not only impressive but also relaxing. Apart from the beautiful natural surroundings, there are also many taverns and fish restaurants in order to enjoy fresh fish caught straight from the sea. 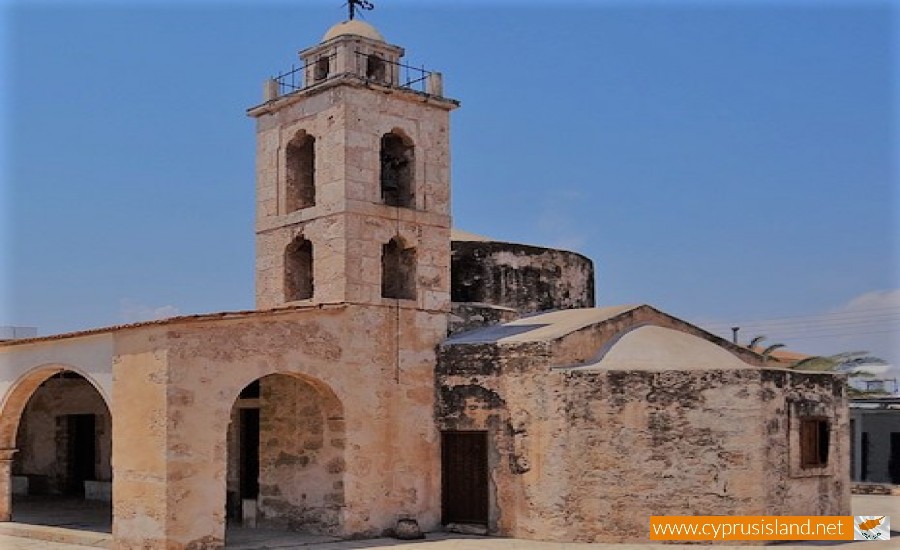 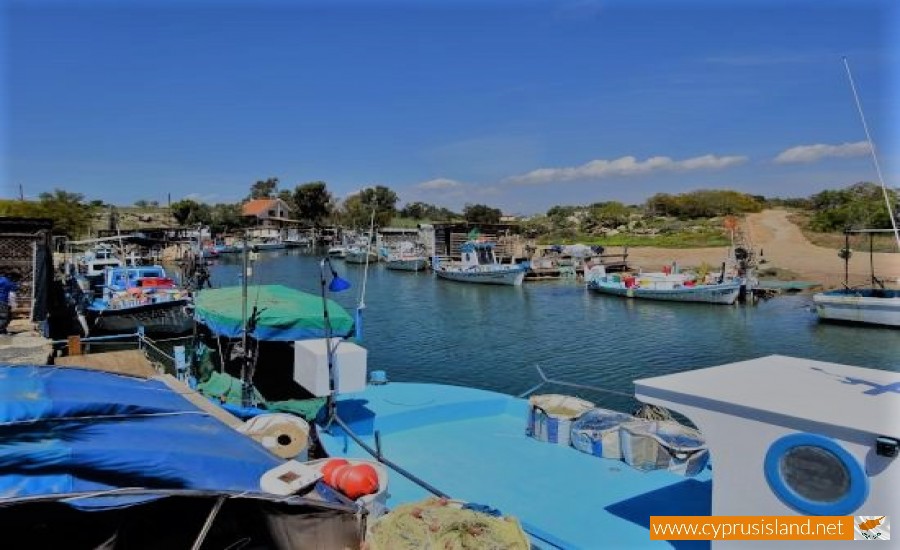 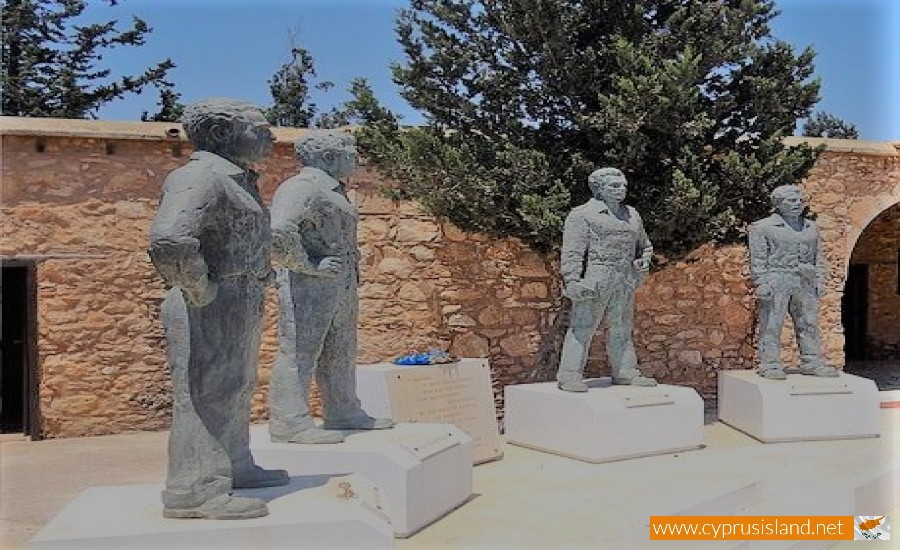 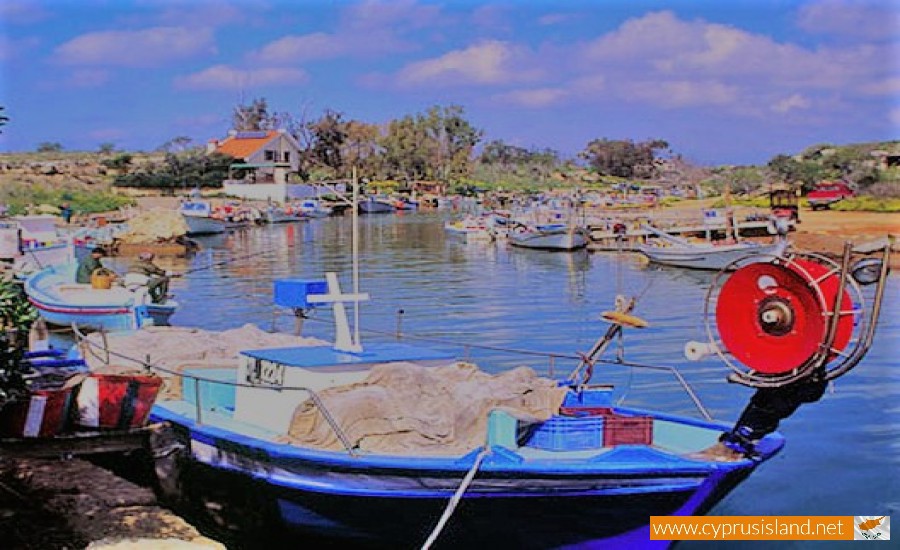