The community of Zygi is built south of the beach, about 40 kilometres northwest of the Larnaca district. It is nearly in the middle of three districts, Nicosia, Limassol and Larnaca. Zigi is the only community in Cyprus which is built on the beach and its altitude is 8 metres.

The village has an annual rainfall of about 380 mm and in the area mostly vegetables, lentils, lemon trees and wheat are cultivated. There are also nurseries for flowers. In the area of Zygi there is an experiment station of the Institute of Agriculture Research.

Zygi was not included in the first inventory carried out by the British in 1881. In the second inventory in 1891 there were only 15 residents. Later on in 1901 the residents increased to 65 and later on decreased to 45 in 1911 and then to 33 in 1921. A great increase in population occurred in 1931 when the residents amplified to 186 and later again decreased in 1946. In 1960 the village residents were 171 out of which 87 were Greek Cypriot and 84 were Turkish Cypriot. After the Turkish invasion in 1974, refugees from the north part of Cyprus moved to Zigi. The refugees arrived from various parts of occupied Cyprus. These areas are : Flamoudi , Milia , Argaki , Rizokarpaso , Kormakitis , Patriki , Davlos , Karakoumi , Agios Epiktitos , Kalogrea , Karavas , Lapithos , Vavilas , Karmi , Ammochostos , Arnadi , Yialousa , Achna , Lapathos , Kalopsida , Acharitou , Engomi , Limnia , Zodia , Petra , Kapouti , Agastina , Vasilia , Tripimeni , Agios Sergios , Derinia , Marathovounos , Stilloi , Nikitas , Exo Metochi , Tavrou , Kontea , Lysi , Komi Kepir , Piroi and Kythrea. In 1981 the residents of Zigi were 381. During the last inventory in 2001 the residents were 704.

The village is not marked on old maps because it is a community which was recently built, even though tradition says that the settlement existed during the Byzantine years with the name Agia Eleni. The area of the village which the Vasilikos River flows near, is connected to Agia Eleni, the mother of Constantine the Great. According to tradition after finishing the Holly Cross in Jerusalem, Agia Eleni stopped in the area of Zigi.

The village began to form itself during the first years of the British rule which is when the first storage areas for carobs where built and they began exporting it from Zygi. The cultivation of carobs in the surrounding area was very important. Nearly all of the production of carobs was gathered at Zigi and was stored in the big stone built storage units. Later on they were grinded at the carob mills and then they were placed on ships to be exported. The great stone built warehouses and the dock for the ships are there even today in the main beach area of the village. Carobs were the main income product in the agriculture wold and was characterised as the Black Gold in Cyprus. The decrease in the carob trade also brought the poverty of the village.

The name Zygi which is was given to the village is due to the fact that the carobs were exported from there and the producers transported them for weighing and then handed them to the warehouses.

Today there is only one company which processes carobs in the community. That is the Cooperative Carbos LTS which not only carobs but also promotes wheat and almonds in the area.

During the last few years Zygi has begun to develop with a rapid pace as a sea resort. The clean sea air as well as the beautiful natural environment in the area give an exit to the stress and pressure that the big urban cities have. Many apartments and holiday houses have been built, as well as roads and services to assist the permanent residents and the visitors in the area.

Today Zygi is well known as a fish village in Cyprus. In the community there are many professional fishermen as well as amateurs. Large quantities of fish are taken in by the fish taverns which operate in the community and the rest in taken to the market.

The sea area of Zygi is one of the richest areas in Cyprus in fish breeding of various kinds. The morphology of the sea bottom helps the development and the increase of the sea life.

The main ways of fishing are nets, the longline, the skarkos, the jig for squid and pragkarola for octopus. Also pole and spear fishing is used the by amateurs.

Undoubtedly the fish in Zygi is one of the most well-known and tastiest types of fish in Cyprus. It is well known by the locals as well as the foreign visitors. Hundreds of fish lovers go to the community, especially on the weekends and on bank holidays to enjoy the many fish taverns in the area. The main fish types which are fished and served in Zigi are: bream, sea bream, sorghum, pandora, barbuda, skaros, kourkouna, octopus, cuttlefish and fresh squid caught during the winter months.

It was built after the Turkish invasion of 1974 when refugee camps were built in Zygi in the middle of the community. Its construction began in 1985 and it finished in 1986. The land was provided by the government and the donator for the construction was Hadjivarnavas Tochnitis that is why the church was also dedicated to Apostle Varnavas. The church was finally completed after various charities which were organized by the villagers.  The church is celebrated on the 11th of June along with a festival in the village.

It is located in the south area of the community next to the road which leads to Maroni. The date which it was built is not exactly known. One version states that it was built in the 1800’s in an area at a nearby hill and when it was destroyed for unknown reasons it was built in the position it is in today, by Tofalli Michailla from Psematismenos. Another version stated that is was built by some immigrants from Asia Minor who had lived in the area. This version is backed up by the fact that some tombs were found in a nearby cemetery which was renovated recently. The church is celebrated on the 17th of September every year.

It was built around 1955 by the Pattichi family at a private area. The Pattichi family dealt with the gathering and the exporting of carobs. The church was dedicated to Saint Kyriakos in memory of Kyriakos Pattichis father of Mr.Nikos Pattichis. At the time that the chapel was built Zigi had very few fishermen and carob workers, who were mostly Turkish Cypriot. The chapel is celebrated on the 29th of September.

Zygi began to develop at a fast pace as a holiday resort area during the last few years. The clean sea air, the amazing natural environment in the area, the clean blue sea are the reasons which tempted a lot of people to build their holiday houses in the area. The peace and harmony which is found in the area provides people with an escape from the pressure and the stress of big urban centres. During the last few years many holiday houses and apartments have been manufactured. Also many services and constructions for the permanent and visitors of the area have been built. 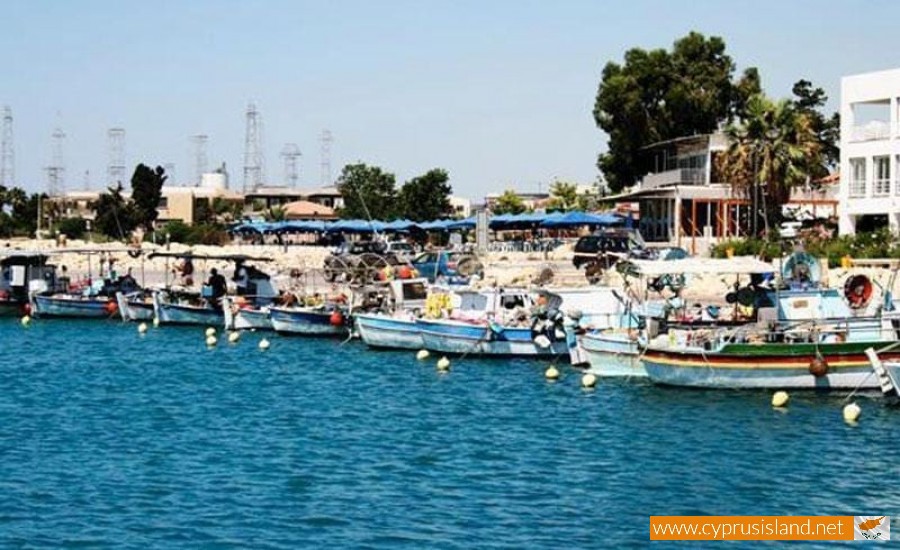 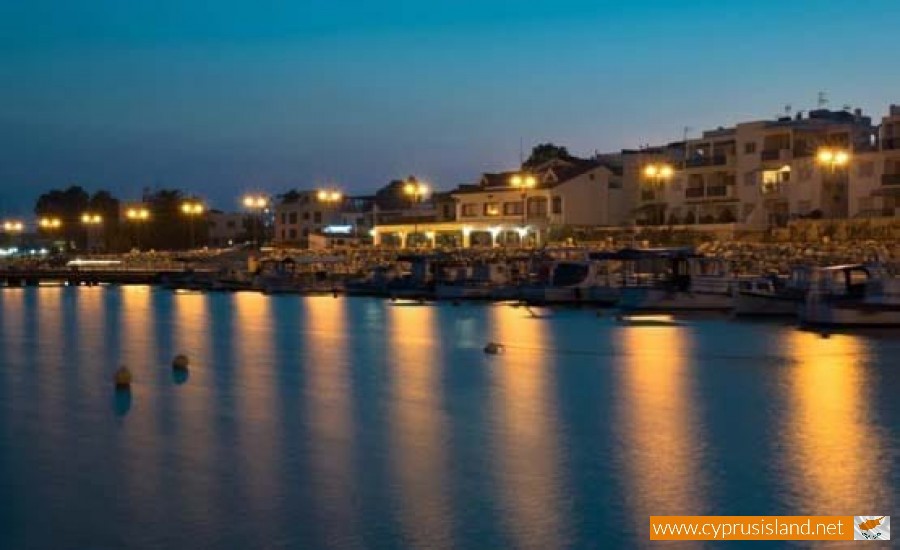 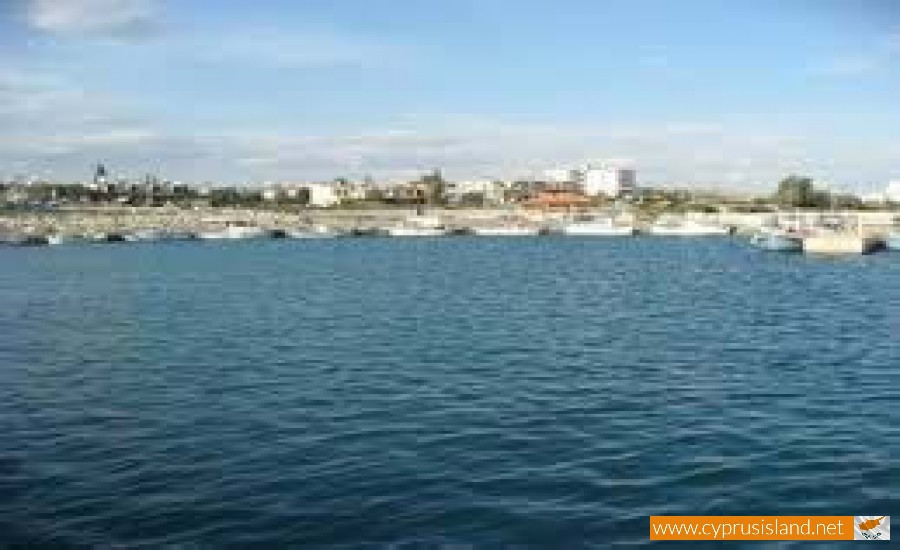