The Royal Chapel of Agia Katerini is located at a small distance from the Nicosia-Limassol Highway at the west end of the village Pyrga.  It is built at a low hill which looks over a smaller river of the River Trimithos.

The chapel was built and decorated in 1421/22 according to an inscription which lost today. It must be noted that there is also the possibility that the chapel was dedicated to Το the Pathos of Sotiros.

It is a small church with an arched roof. Earlier on there must have been a pathway which extended to the three sides except the east one. Until the end of the 19th century the temple was surrounded by ruins which belonged to a mansion or a monastery which was connected with the chapel. Today there are only some traces of it.

Originally the interior of the church was decorated with iconographies, however with the passing of time the iconographies were destroyed. At the time it was built, a particular technique of byzantine and west elements were combined. This technique was used in most Orthodox Church in Cyprus. This is displayed in Latin monuments as well. It could possibly be that a Greek artist used some west elements. The French inscriptions are used verbally therefore we can conclude that the artist learnt French from listening and not writing.

At the lower part of the crucifixion of Christ, there are two figures which are kneeling. These figures are Rigas Ianos Louzinian (1398-1432) and his second wife Karlotta de Borbon. The figure which is kneeling a the feel of Christ of the Epitaph is therefore Ougos Luznian , the brother of Ianos and the Latin Episcope of Nicosia.

Between the artistic decorations of the temple is a series of armorials of the medieval kingdom of Cyprus, while on many parts of the art surface there are marks which were made by explorers and pilgrims of the medieval ages. Many of these are dated during the 15th and 16th centuries. 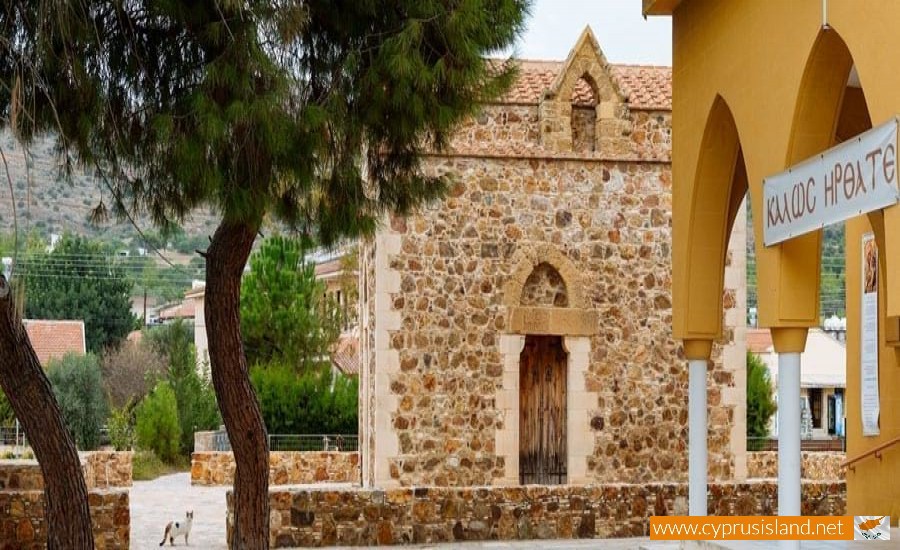 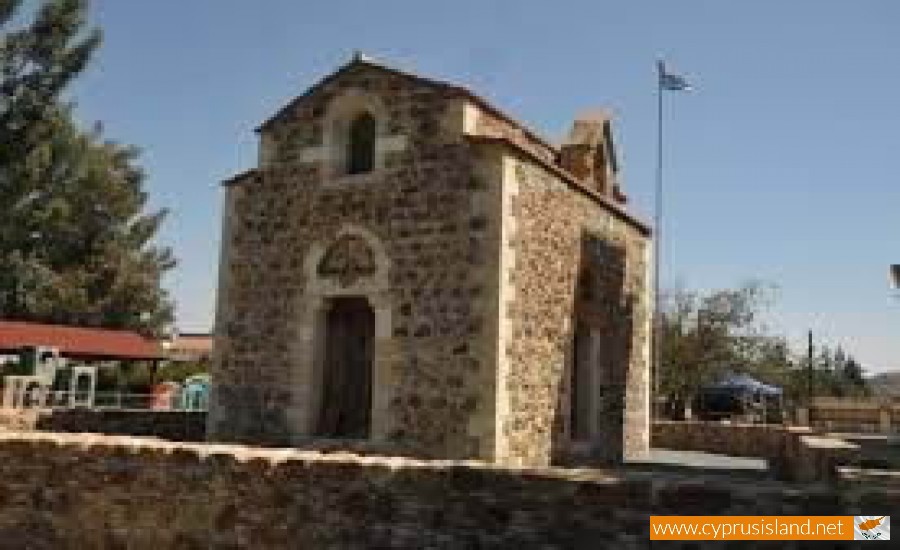 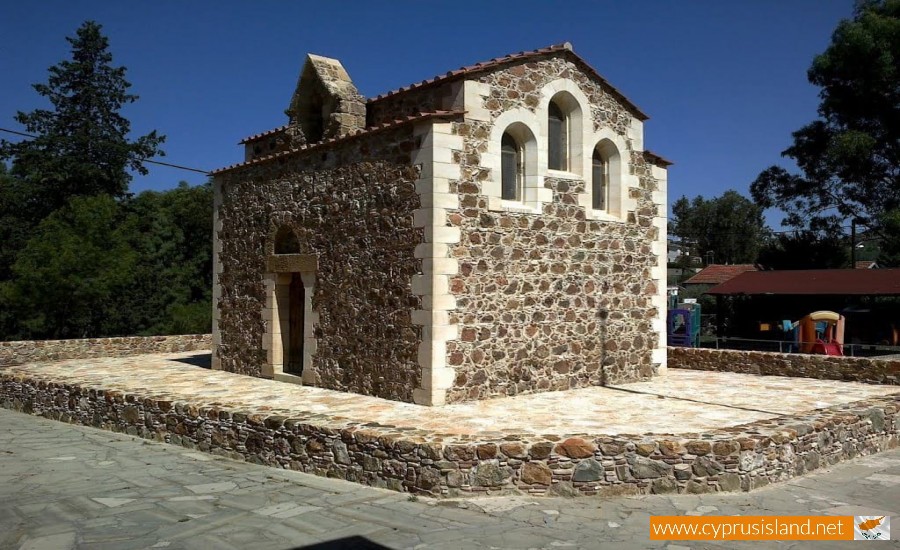