The Church of Panagia Evangelistria is located in the village of Xylofagou in the Larnaca district.

The chapel has a great history and tradition. Before the church was built, there was a monastery dated to the 13th century, which was completely destroyed by the raids of the Turks in 1426. Before the pirates killed the monks, they managed to save the Bible and the icon of the Virgin Mary by taking it to a cave nearby called Spileo tis Panagias (Panagia Cave).

According to tradition the cave and the icon of the Virgin Mary were found in 1879, by a resident called Hatzias who had seen a vision of where the icon was buried. The next day he went there with his brother and dug in the cave where they found the icon. They tried to take it to the village but it would not move. Then they realised that the icon was meant to stay in the cave. They decided to leave it and build a chapel dedicated to the Virgin Mary.

Initially the monastery was called Panagia tou Syrmatou as it was located in an area called Syrma (a place where rapid rainfall passes by). Later on the newly built chapel took the name Panagia Evangelistria , from the icon. The chapel has been renovated twice, once in 1980 and once in 2013 from donations.

The rock in which the icon was found, was extended creating a type of cave in which they placed various icons. Access to this cave is from the north side of the chapel and through a quick pathway with steps. There are footprints in the rocks which according to tradition, belong to the Virgin Mary. Both the chapel and the cave of the Virgin Mary are considered to be miraculous. 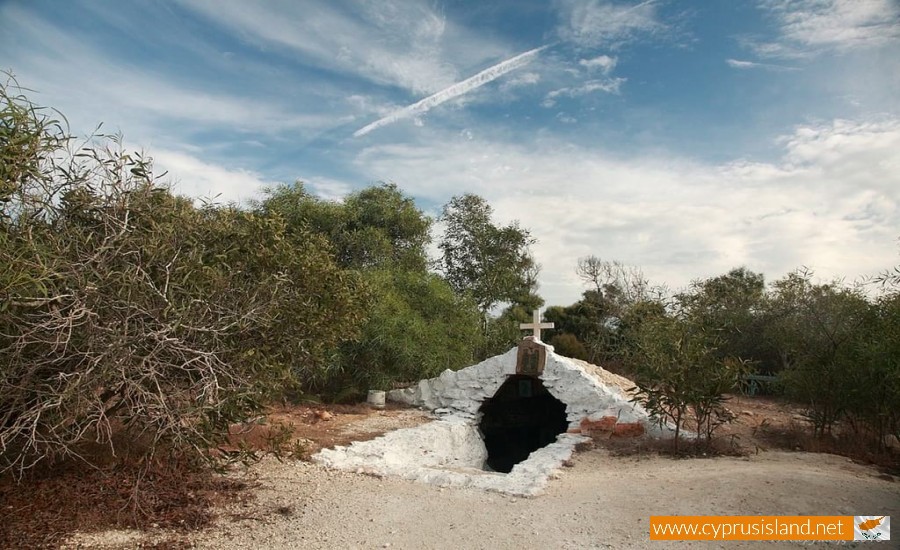 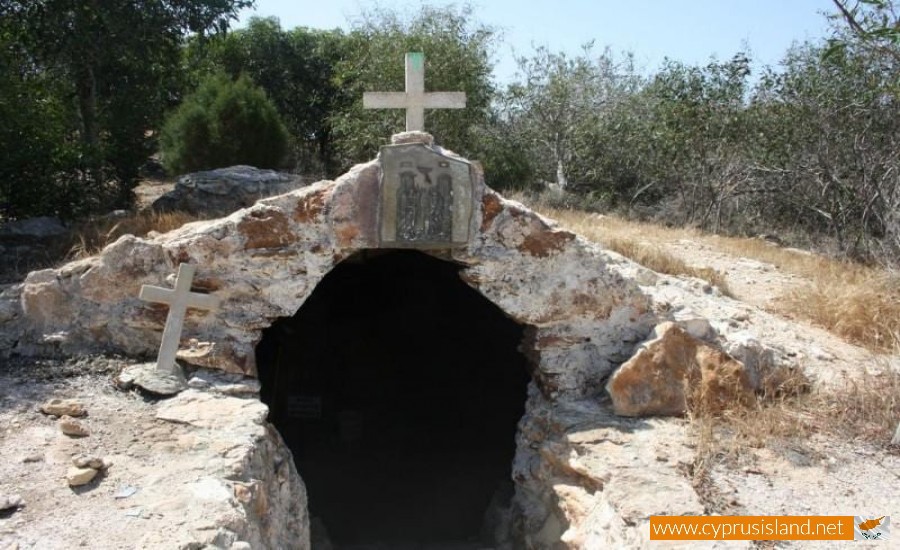