Lythrodontas is a village which is built at the foot of Machera mountain area. The colour of the village is green due to the olive trees. The village is well known for its rich olive trees. It is located in the Nicosia district at a short distance from the capital as it is only 31 kilometres.

With the passing of time, mainly during the 20th century, Lythrodondas became the main village in the area. During our days Lythrodontas continues to follow a development course.

Will vegetation and agriculture areas can be seen harmonically creating a location of unique beauty. At Lythrodonda many trees are grown such as pear trees, fig trees, apple trees, peach trees, apricot trees, prune trees and many different vegetables. It is mentioned by Karouzis that the olive tree is the main tree of the village and possibly with the largest extent of olive trees in Cyprus. Until a few decades ago, vineyard cultivation was just as important. There was many vineyards of different varieties, suitable for the production of Koumandaria. It is mentioned that the main products of the village during the previous century were olive oil and koumandaria.

The main church of Lythrodontas is dedecated to Agios Therapontas. The other churches in the village are dedicated to Archangel Michael, Agio Georgio and the Virgin Mary. Also to the southwest of Lythrodonta, there is the old monastery of Prophet Elias which is now owned by Macheras.

The education in the village begins in the mid 19th century. The first teachers were priests. Especially the first letters in the village were taught by the priest Christodoulos from 1858 until 1870. During the next two years the Protopapas taught from 1870 to 1872. In 1872 the large room was a built which was the base for the first community school.

It is hard to prove how Lythrodontas received its name. Many researchers tried to give an explanation however they are not so convincing as to accept their reasons. According to one version, Lythrodontas received its name from the first habitant whose name was Erithrodontas (due to the fact that he had red teeth which had been transformed that colour due to chemical substances).  It is also supported that the r in the word was changed into l later on as a common occurrence in the Greek language. This version however is not very convincing as the water in Lythrodontas is of excellent quality and nobody has complained about their teeth being altered in any way.

Another version for the name of Lythrodontas supports the fact that it received its name as it was one of the largest olive tree areas in Nicosia. Other neighbouring village in the area have also received their names due to the large amount of olives they produce, such as Analyontas , Ano Eleonas and Kataliontas.

Based on this, Lythodontas took its name because it was the largest olive village in Lydras. From written sources we know that Lythrodontas as well as other areas around it were under the Kingdom of Tamassos which was considered to be one of the richest kingdoms during antiquity, due to the advantage of the mines in the area. During the second half of the 4th century, the king of Tamassos Pasikypros sold the kingdom to Poumiathona the king of Kiti. Therefore Lythrodontas which was under the jurisdiction of Tamassos, came into the power of the king of Kiti. One of the mountains of Lythrodontas, which was called Vilos possibly took its name from Vaal the God of the Phonesians who established themselves in the area and took advantage of the copper mines which existed in Teredkia which is the area of Lythrodontas.

The third version states that Lythrodontas received its name from the colour if its soil. It is well known that the soil in Lythrodontas is red as it has a high amount of copper in it. These areas are known as Kotsinoremmia, Kotsinopambouloi and Kotsinavlaka. Even though this version is more convincing it is not considered to be true by the majority of Lythrodontas.

The forth version supports that the mountains around Lythrodontas from the three side look like teeth of an open jaw. Using a little imagination one could suppose that the village took its name from the location it is in as well as the soil in the area as it was mentioned earlier on due to the red colour. Therefore the village was named Erythrodontas which was later on changed to Lythrodontas. Again this version is a little farfetched as it is quite difficult to assume that the mountains could be the teeth of a jaw as they are not located evenly.

The last version considers the world Lythrodontas as the name of a plant, erythrodanon which prospered in the area. This plant was also known as arkolizaron, rizari , ppogia , arkopogia. The roots of the plant were used in antiquity for the creation of red paint mainly used for the colouring of fabrics. This plant grew in Cyprus from antiwuity until the end of the 19th century. It stopped being used when the use of chemical began. It is possible that the erythrodano was cultivated in large areas in Lythrodontas during the Hellenistic period and that is how the name was given. The fact that there are no plants in Lythrodontas today is due to the fact that it couldn’t be used on the market therefore it slowly disappeared. This has also occurred to other plants. For example, in Lythrodontas there were many vineyards and the village was well known for its koumantaria during the 20th century. Today, few vineyards remain. According to Simos Menardos, the letter L in Lythrodontas came from the change into r which was something very common in the Greek language. Therefore the word erythro became lythro. The last syllable – ontas is used in named which come from plants. This version is considered to be the most correct from the previous ones. It can be concluded that Lyhthrodontas took its name from erythrodano. 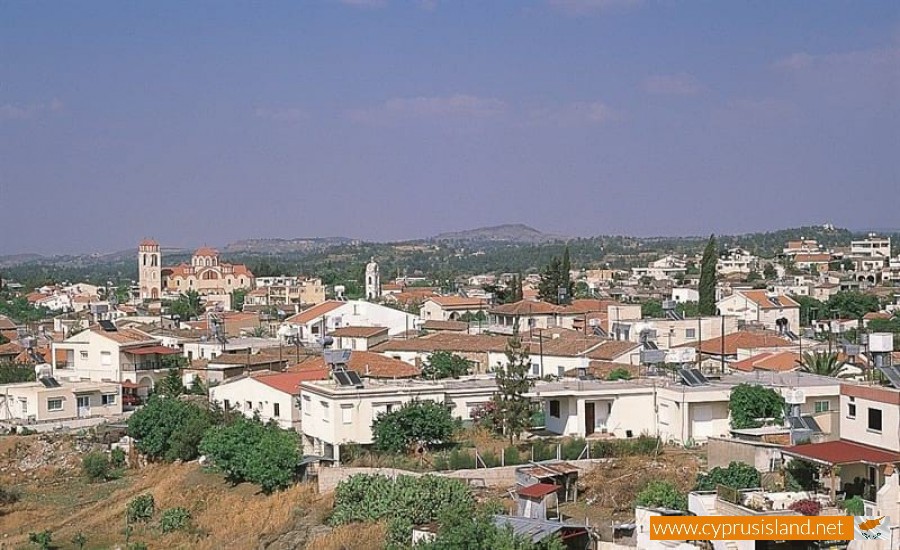 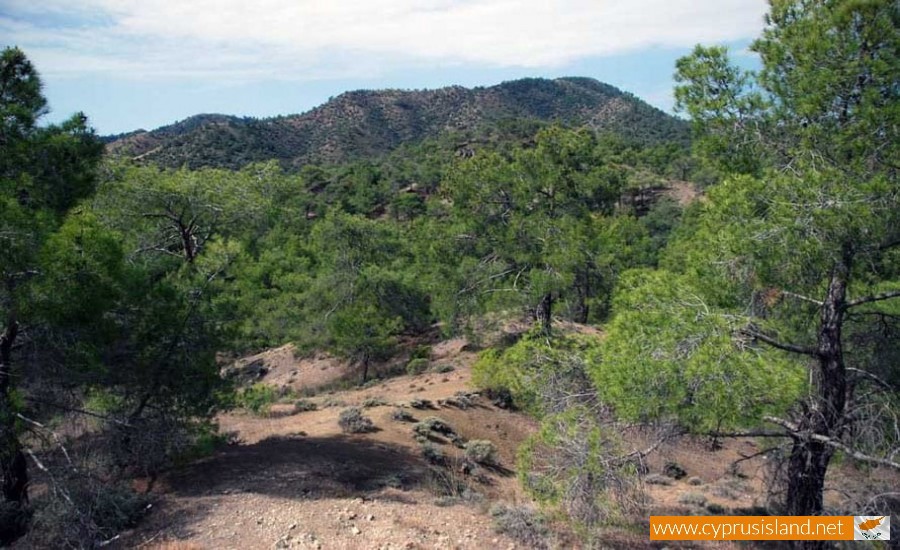