Vyzakia is a village in the Nicosia district and it is built near the banks of the Elia River, 300 metres above the surface of the sea and about 9 kilometres south of Astromeritis.

Vertically towards the Elia valley, there were water mills during the older years in order to accommodate the needs of the village as well as other neighbouring communities. The extent of the village is placed on stones, sand, clay to the south and north borders. Some believe that it took its name from the pebbles which the river brought with it and left at the river banks which is an impressive element of the village.

The traditional houses of the village have a peculiar architecture, and are based with the pebbles which the Elia River brought, while the rest of the houses are made out of sun-dried bricks. The curved roof tiles complete the beautiful image of the house architecture. These pebbles are called vyzatzia which are white round pebbles from the river. These vyzatzies are a characteristic of many other villages in the area. The area of Byzakia is characterised by a slope towards the Morphou valley.

The village has an average rainfall of about 35 centimetres and in its extent a variety of products is cultivated. There is wheat, lentils fruit and vegetables, vineyards, citrus fruit, almond trees and olive trees.

Vyzakia is a village with history and tradition. According to Mas Latris , it was a feud ring the Louizinian-Venetian period. According to researchers, Vyzakia was given to Nikolas Morabit by King Jacob the Noth.

While in the summer, the golden colour takes over the area, in the winter the green colour of the plants takes over. The area is most well-known for the medieval church of Archangel Michael. It is a small church with very interesting iconographies in its interior of the 16th century.

The dam to the south of Vyzakia and the water irrigation system are sure to increase the greenery and increase the living standard of the residents. However the water from the Elia valley during the winter months , the architecture of the mountain village and the church of Archangelos Michael will continue to be the most natural and civil parts of Vyzakia.

The church of Agia Aikaterini was built between 1884 and 1894 A.D. Later on its rooms were contructed. The bell tower of the church was built in 1925. The church was renovated in 1994 from Mr. Kyriako A Kyriakou.

The icon of Agia Aikaterini which is located in the church was made in 1884. There is no other like it in all the similar churches. It is considered to be miraculous as the elders tell many miracles about it.

It is made of stone from the river, with white stone from the area. It is made up of five rooms and it is inhabited. The church was officially opened by the Metropolitan of Morphou, Chrysantho A on the 11th of June.

The church of Agiou Andronikou – Agias Athanasias is built on a hillside. It is a beautiful chapel in a majestic environment. In the location which the chapel is today, there was a basement where the icon of Agios Andronikos used to be. That is where the believers went to pray. Tradition mentions that years ago there was a Turk who wanted to steal the icon. But Agios Andronikos blinded him and he could not heal.

In Vyzakia there is a very old church which is dedicated to Archangel Michael. Previously it was the only church of the community. It was built in the 16th century near an olive grove. The church was previously part of the Panagia of Araka and monks lived there. Today it belongs to the Holly Metropolis of Morphou which rents it to the community of Vyzakia.

The church was renovated by the department of antiquities. There were restoration done on the roof, the exterior, the doors and the yard. This small church has a spint in the left and semi-circular arch to the east. It has also got a wooden roof. Inside it are iconographies of the 16th century of the south and west part of it.

The main iconographies which are the project of a traditional artist are the following. To the south the Evangelism of the Virgin Mary , the resurrection of Lazaros  , the birth of Christ , the entrance and the baptism of Christ. To the bottom part are the apostles Petros and Pavlos , Saint George on a horse  , Agios Mamas on a lion and Saint Dimitrios. To the top part is the Crucifixion, while to the south are the washbasin, the secret dinner, the betrayal and the death. To the south of the west door are saints Konstantinos and Eleni.

The tall eucalyptus tree which stands in front of the church creates a magical image, which attracts the attention of every traveller. Tradition says that during the time of the churches’ construction there was an illness of the plague. During the transportation of the icon of Archangelos Michael, the donkey holding it stopped and would not move further. This was considered to be of God’s will and that is where the church was built.

Archangelos Michael was an angel of the Old Testament. He was a protector of the Church of Christ. He is usually shown as a Roman soldier holding a spear or a sword hitting a dragon.

This chapel operates twice a year:

On the 8th of November which is the celebration of the Asomatoi. 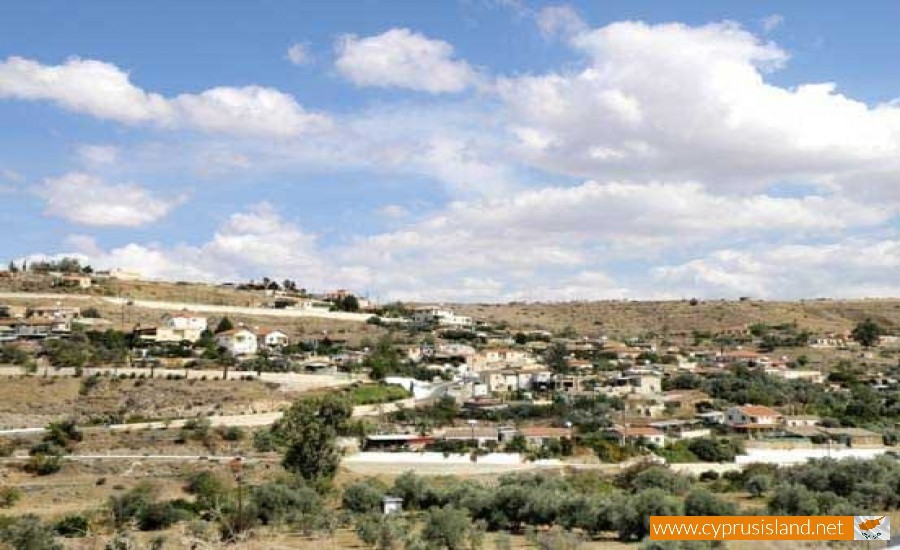 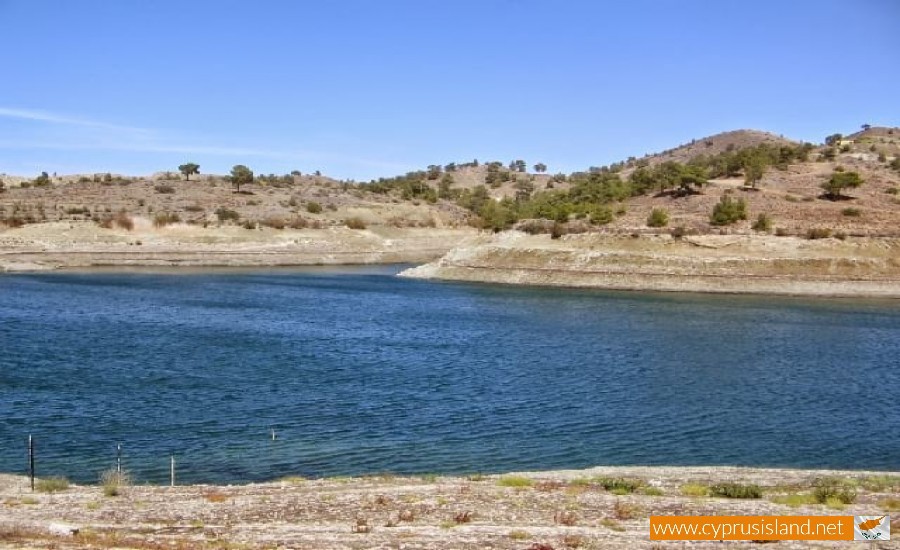