Lemithou or Lemythou is located in one of the highest areas in Cyprus therefore its climate is cool and in the summer and mild in the winter.

It is a village of south Marathasa, built amphitheatrically in a green natural environment. It has an altitude average of 1100 metres and it is amongst the 10 highest villages in Cyprus. It is about 65 kilometres northwest of the town of Limassol and it about 85 kilometres from the town of Nicosia.

Lemithou is connected with roads due to the natural environment with Prodromos to the east, Paleomylo to the southeast and with the villages Treis Elies and Kaminaria to the southwest. There is also there is an easy access towards the Kykkos Monastery through the road Fini-Saint Dimitrios-Paleomylos-Lemithou.

According to Mas Latri, Lemithou was royal property during the Louzian-Enetic period, a fact which witnesses the medieval origin of the village. The village existed from the Frank period but any more data about its history is not known.

Origin of the village name

During one version of the village name origin, was that it took it from the plant Lemithi which grows in barren areas and whose bulbs are used in the creation of saddles and which is known with the name of Andropogon gryllus. Another version in concern to the name of the village is that it took its name from the first habitat who was called Lemithis, because he had a beard which was very thin and looked like string like the plant which was plentiful in the area.

The village became well known since the most important priests of the patriarchate of the East were from. In 1867, with the donation from the Metropolitan Peter Meletiou, who was from the village the primary school was founded. Moreover from Lemithou was Dimosthenis Mitsis, the founder of the Mitsi School which operated in 1912. He is considered one the largest benefactors of Cyprus and the Greeks of Egypt , since he developed a rich charity and donated large amounts of money for performing work in the public interest as well as for the progress and prosperity of education in Cyprus. Similarly, from Lemithou is the family Levendi which became known in the world with the foundation and operation of the Leventi Foundation.

The community of Lemithou is made up of five neighborhoods: the Pano, the Exo, the Pera, the Kato and Mesa Gitonia. All the streets are connected together with paths which have either been paved or transformed into roads for the accommodation of private houses. In the second case, even though the paths have become roads of the community their walkthrough is pleasant because the road traffic is very little, and because the roads are filled by a green environment with cherry, apple fig pear, berry trees.

Lemithou is a wine producing village of the South Marathasa area which has been producing wine for years. Today the products which are made from wine form a part of the local heritage of Cyprus. Some of these products are palouzes, soutzioukos and zivania.

Lemithou has four churches which are dedicated to the Virgin Mary the Iamatic, Saint Theodore, Saint Nicholas and Saint George.

The church of Virgin Mary the Iamatic

The Virgin Mary the Iamatic is the main church of Lemithou. It was built in 1721 by the monk Christodoulos. Later on, as it was destroyed it was then rebuilt in 1986 from the Mitropolite of Petras, Meletio Matteo. Next to the church, the first primary school of Lemithou was built in 1867, again by Meletio Matteo. In 1908, the temple of the Virgin Mary was rebuilt and has the form which can be seen today. The bell tower was built a little later in 1920 from Ioannis Louros. The middle part of the church belong to the older temple. In the temple there is a lot of evidence of church art. In the temple there are many icons of the 17th century of very good byzantine art. From these we can separate the one of the Timios Stavros, of Christ, of the Virgin Mary and John the Theologou, which are located in the old icon stand. In the temple there is also the icon of the Virgin Mary of Agros which is drawn on the skin of a goat and it is considered to be dated in 1600.

The temple of Saint Theodore is located at a hill at the entrance of the village. Initially the temple was built by a priest by the name of Theodore. It is believed that it was the main temple of Lemithou during the 16th century. The temple was completely destroyed by a fire in 1974 and was built later on by Michael Mouskos. Recently the Foundation of Anastasi. C Leventi had assisted in making some improvements and addition in the temple and today it is also used as an area to store byzantine icons. Some vary rare icons of the 13th -19th centuries are located there.

Another temple of Lemithou is the small chapel of Saint Nicholas whose garden was used as a cemetery for the village. The chapel was previously the main church of a nearby village, Livadi which was destroyed by the Karaman raids from Asia Minor in 1713. In the temple are many old icons of the 18th century, of Christ, Saint Antonio, Timiou Prodromou, Saint Nicholas and Saint George.

Another temple which is in operation by the community of Lemithou is that of Saint George in the area of Agros. It is beloved that this temple assisted in the religious needs of the community of Agros in earlier times. The temple was recently renovated with the help of George and Smaragda Singelou former residents of Lemithou. The temple operates on the 23rd of April, the day that Saint George celebrates

In Lemithou the temple of Saint Theodore is also a location where many byzantine icons of the 13 to 19th century are kept. The temple of Saint George in Lemithou belongs to the characteristic type of wooden temple which is located in a large area at the Troodos mountians. The temple is quite small and is estimated to be dated back to the 16the century. The temple was ruined due to a fire in 1974 and was restored the following year by Michael Mousko from Lemythu. In 2003 there was some work done by the Antiquities department of Cyrus, while in 2004 the Leventi Foundation built a new icon area in order to protect the icons and other church objects. From the icons which are exhibited in the temple the most outstanding are:

The icon of the Virgin Mary Kikkotissa (13th century)

The icon of the Christ (15th century)

Small icons of the 18th and 19th century , out of which the following stand out :  Saints Prokopiou and Eftihiou , Mina and three icons of the Metamorphosis of Christ , The Virgin Mary Rodon to Amarando , Saint Minas (18th century) and Saint Charalambos (19th century).

Church objects such as the Holy Grail and the tray with their covers of the 19th century.

Old church versions of Greek books from Venice during the 16th to 18th centuries. In these are manuscripts which have interesting information about Lemithou and its world.

Museum of Folk art and Tradition

The museum of Folk art and Tradition is housed at the house of the Leventi Family. The house has been renovated by the Leventi foundation which has taken over the renovation and restoration into a traditional house in Lemithou. In the museum there are items of traditional art which remind the life, culture of the community residents. The museum also has a small guest room for important people, a library and a small resting area for visitors who visit the area due to various seminars or other formal events. The museum is operated and run by the Local Board of Lemithou.

In the village there is the Commercial School of Mitsi. It first operated in 1912 with its main aim to provide the students in the Marathasa area the necessary education and spiritual tools in order to correspond to the demands of a world which was constantly changing.  The school was constructed by Dimosthenis Mitsis and he donated a large amount of money for it to sustain itself. Initially the tuition was for four years and its students were taught English, Accounting, Commercial Arithmetic, Commercial Law, and Commercial Correspondence. The level of education was high, which resulted in many graduates being employed in public services very easily. This fact also helped the School gain a good reputation in Cyprus. In 1939 the school was altered to a five class school in order to respond better to its aim. In 1955 the school was then altered to a six class school and the Greek lessons were reinforced. In 1959, girls were allowed to the school, something which the initial rule did not allow. In 1690, after the independence of Cyprus, the school adopted the European Programmes which the Greek Community meeting. In 1962, the school was recognised by the Ministry of Education and Religion of Greece, as being equal with the public Greek Gymnasiums. In 1970 it was declared as a public school. From 1993, the school has operated as a Lyceum. Due to the urbanization which hit the villages of Marathasa, this resulted in a decrease of students. With the initiative of the Ministry of Education, the centre of Environmental Education in Lemithou was founded in 1999. The centre of education, which operates with important financial help from the board of the Mitsi School helps to promote environmental awareness among students of many schools of Cyprus. 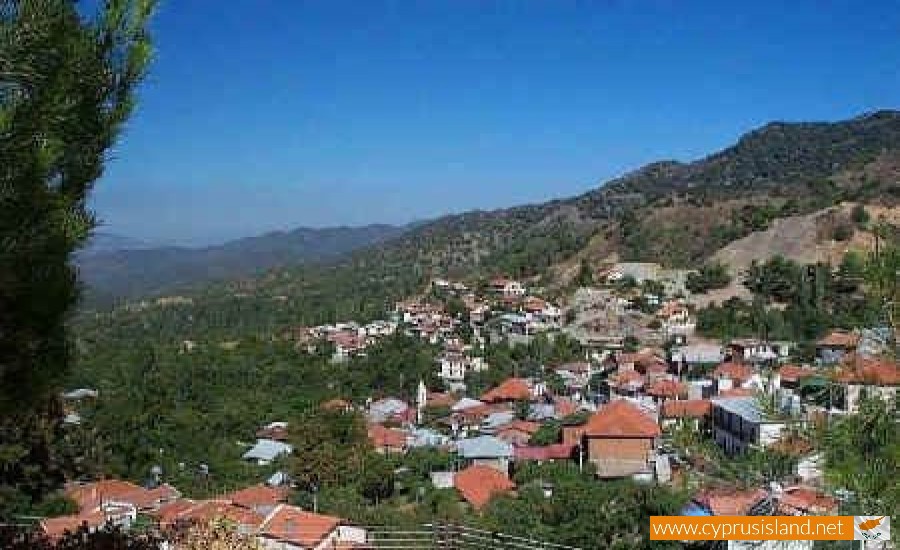 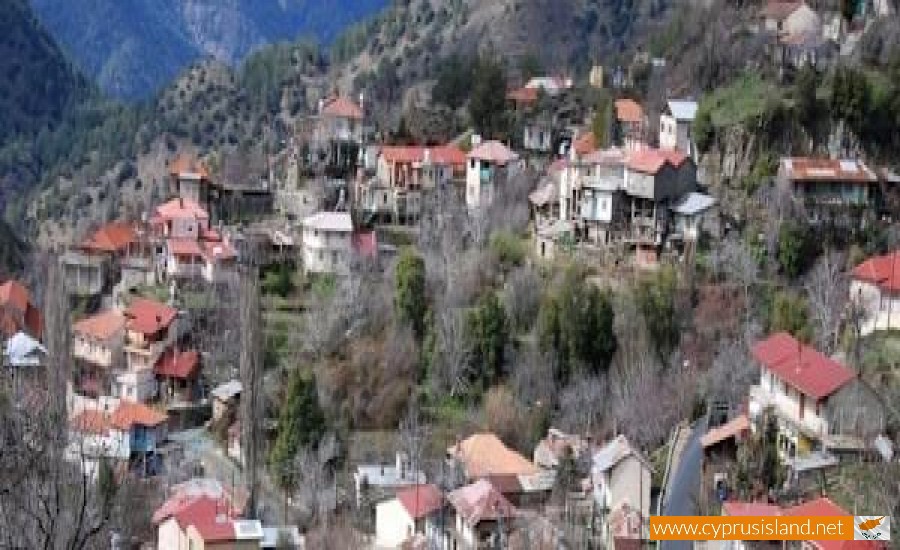 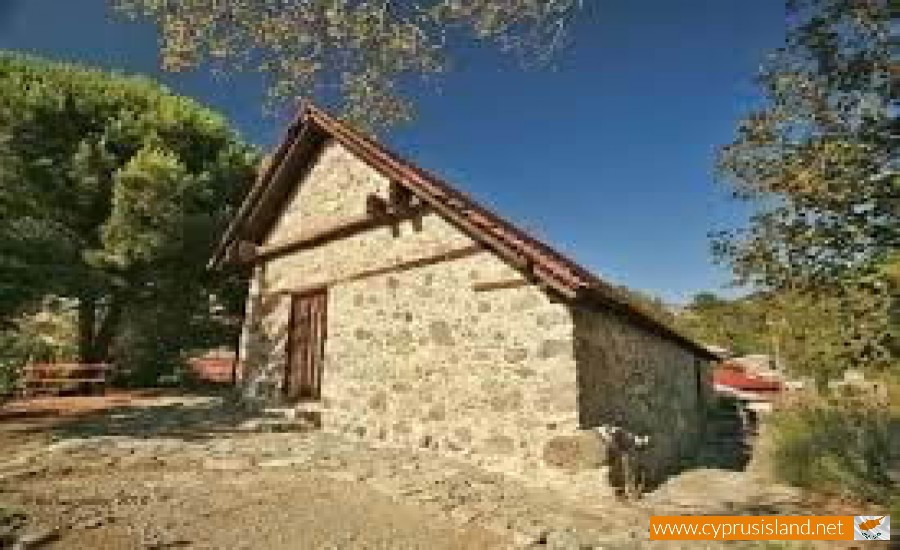